With a Portfolio of 172 Screens in 40 Cities Currently, Miraj Cinemas Bangalore Takes the Multiplex Chain Closer to the 200 Screens Milestone 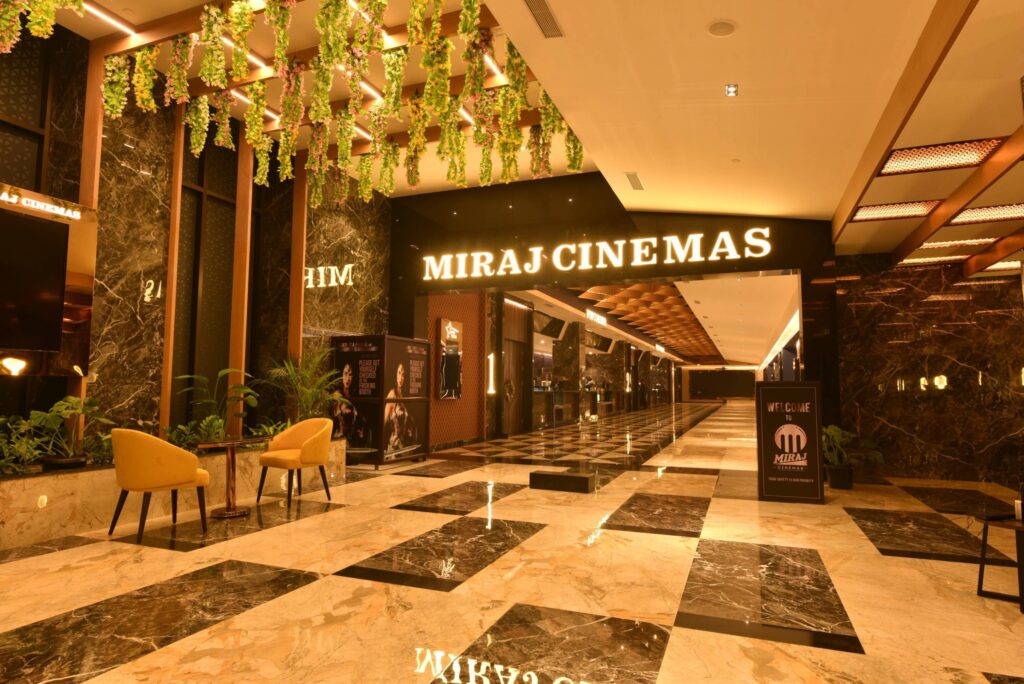 The multiplex chain will invest Rs 70 crore for the next 30 screens in cities including Chennai, Ranchi, Surat and more. Furthermore, Rs 120 crore, a part of its aggressive investment has been kept for another 50 screens for which fit out will start from January to March 2023 and properties will get in operation from July to October 2023 in cities including Delhi, Bangalore, Hyderabad and more.

The newly launched multiplex promises to offer an immersive movie-watching experience and has a total seating capacity of 1283 seats, including 1203 ultra-comfortable seats and 80 recliner seats, and a palatial lobby. The perfect place to catch the latest international and Indian blockbusters for cinephiles in elegance! To enhance the cinema viewing experience of its patrons, Miraj Cinemas has installed top-notch Christie RGB Laser CP2320 2K projection systems and 7.1 Digital Dolby sound system in four screens and Dolby Atmos sound in two screens. In addition, the café is fitted with the latest processing equipment and maintains hygiene and sanitation standards around the clock. Along with the live kitchen, the multiplex chain is launching its first independent Beanary Café with various food and beverage options.

Mr. Amit Sharma, MD of Miraj Entertainment Ltd., said, “It is indeed a momentous day for us as we open our flagship multiplex in Bengaluru today. Bengaluru is one of the country’s most vivid and progressive cities, and we look forward to being a part of its growth story. With the launch of Beanary Café, which will be open to all regardless if you are there to watch a film or not, and our signature live kitchen Cafe’s Corner, we are confident that the multiplex will be well-received by the people here. It will surely add to this booming city’s already vibrant culture and nightlife scene. Furthermore, setting up the multiplex in Sunkadakatte will attract more footfalls to this area and contribute positively to the city’s growing reputation as a key destination for films and filmmaking. It is a truly world-class facility that will provide an outstanding movie-going experience for our customers.”

After a decade-long journey, with Mr. Sharma’s leadership, Miraj Cinemas has finally opened its first six-screen multiplex cinema in Bengaluru. Karnataka state has been extremely receptive and supportive of the multiplex chain, and it looks forward to serving the movie going population of the state for many years to come. In addition to its national expansion plans, Miraj has kept up with technological advances that benefit moviegoers in tier two and three cities and their counterparts in major metro cities. As a result, Miraj Cinemas has become India’s fastest-growing multiplex chain, with 172 screens at 57 locations across 14 states and 40 cities. With an intent to create a benchmark for launching 70-75 screens yearly, the company plans to expand to 200 plus screens by FY 2023. It also plans. So keep your eyes peeled for a Miraj Cinemas near you!