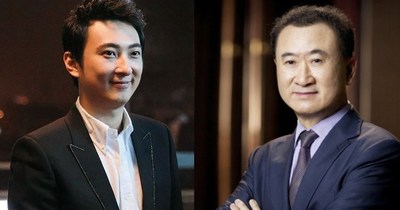 “China’s Richest Son” is no stranger to the media. Wang Sicong, the only son of Dalian Wanda Chairman Wang Jianlin, has been actively innovating China’s film and esports industries. Banana Pictures, the film and media start-up launched by Sicong, announced today its partnership with US-based POSYDON Entertainment to co-produce a slate of films that target Chinese audiences. The announcement marks the first co-production deal with an American company by Banana Pictures, along with Wang Sicong’s first collaboration with US filmmakers.

POSYDON has been developing under wraps for several months, spearheaded by veterans of Wanda. The new label will act as Banana’s US liaison and co-production partner. The two companies will push the envelope on the future of co-productions, producing films that resonate with Chinese moviegoers and culture, departing from traditional co-production models that divert interest from Chinese viewers in order to appeal to the global box office.

“This is an exciting partnership. There is great value in producing films that will perform strongly in China,” says Daphne Briggs, an executive with Propaganda GEM – a Wanda Media company. “There is still so much potential in the Chinese market.” Banana Pictures has landed major success at the box office for such a short tenure of operation. It is no surprise, given the Wang family’s prominent reach throughout global entertainment.

Banana was a key backer of “Us and Them”, which grossed $196M at the box office in just two weeks. Additionally, Banana was behind “Sheep Without a Shepherd”, which currently has made more than 1.2B RMB at the box office and has become the most profitable suspense film in China. Sicong also manages Prometheus Capital, the personal investment vehicle of the Wang family, and is active in the esports business. Banana’s Executive President, Wei Xiangdong, has led the company on its mission to foster young talent and build up China’s film industry.

The companies are still keeping things tightly under wraps, however plan on revealing more information soon.

Banana Pictures is a film studio founded by Wang Sicong, son of Dalian Wanda Chairman Wang Jianlin. The company has a strong focus on finding and supporting young directors and writers, however it also has backed major hits such as “Us and Them” and “Sheep Without a Shepherd.” Banana Pictures is managed by Sicong’s partner, Executive President Wei Xiangdong. For more information, visit website http://www.bananapictures.cn

POSYDON Entertainment is a film and media company based in the United States. Its development is being spearheaded by veterans of Wanda’s branch of companies. The POSYDON team has decades of experience in Chinese business affairs and media, giving it an edge as it begins to make its mark in Hollywood and China. http://www.posydonfilms.com.