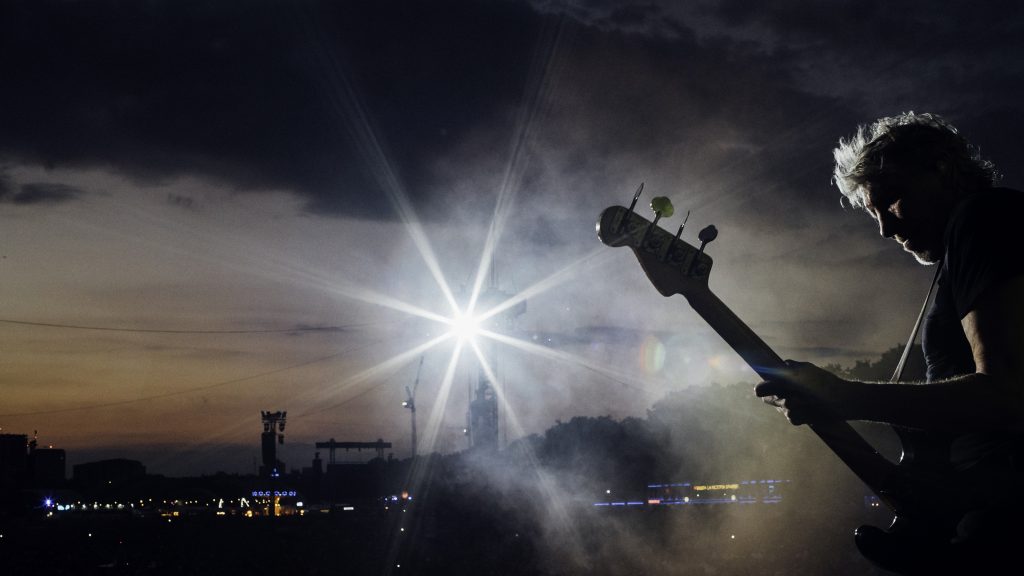 The show features songs from Pink Floyd’s greatest albums (The Dark Side of the Moon, The Wall, Animals, Wish You Were Here) plus songs from Waters new album Is This The Life We Really Want?

Trafalgar Releasing are pleased to announce the global acquisition of a new film from Roger Waters based on his critically acclaimed 2017/2018 world tour, ‘US + THEM’. Waters performed a total of 156 shows to 2.3M people throughout North America, Australia & New Zealand, Europe, Russia, Latin America and Mexico, opening in May 2017 in Kansas City, Missouri, and ending in December 2018 in Monterrey, Mexico. Roger Waters legendary live performances are renowned as immersive sensory experiences featuring state-of-the-art audio visual production and unprecedented quad sound. The ‘US + THEM’ tour, moved and inspired with its powerful delivery taking the audience on a musical journey of human rights, liberty and love. Awarded 5* by The Guardian, Rolling Stone wrote “the singer-songwriter created a spectacle that was entertaining and cutting”. Manager, Mark Fenwick said: “Roger has been the innovator of theatre in arena and stadium Rock and Roll since the early 70’s. He is legendary for pushing the boundaries of surround sound and visual entertainment with his message of love and humanity through ‘Us + Them’ ”. This is the second collaboration for Trafalgar Releasing with Roger Waters following the
success in 2015 of ‘Roger Waters The Wall’.

Marc Allenby, CEO for Trafalgar Releasing added: “Roger Waters contribution to the music landscape is unrivalled. His spectacular shows across the world, in the greatest stadiums and arenas are always poignant, relevant both creatively and as a champion of human rights. It’s a great honour to be collaborating with Roger and his team again, after our successful release of Roger Waters The Wall.”

More news will be released in due course, with a global event cinema release scheduled for Autumn 2019.