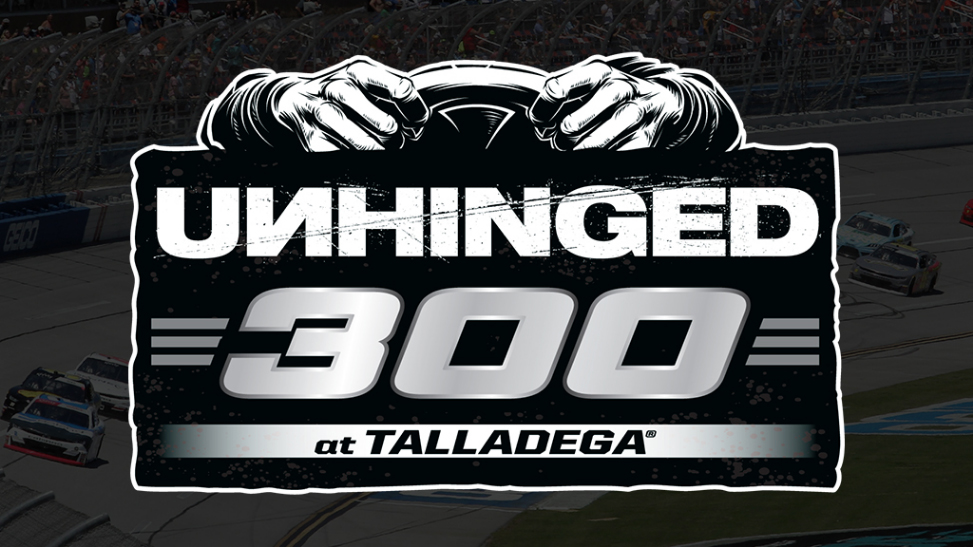 Officials from NASCAR, Talladega Superspeedway and Solstice Studios announced today that the upcoming edge-of-your-seat thriller – “Unhinged” – starring Academy Award winner Russell Crowe, will serve as the entitlement sponsor of the iconic track’s NASCAR Xfinity Series race on Saturday, June 20. The event, known as the UNHINGED 300 at TALLADEGA, is set for a 4:30 PM CDT start.

Unhinged, opening only in theatres nationwide July 1st, is the first new film in theatres since the beginning of the COVID-19 pandemic, celebrating the time-honored tradition of moviegoing over the July 4th weekend. In addition to the partnership with NASCAR’s biggest and most competitive venue that provides three-and four-wide, breathtaking action at nearly 200 mph, Solstice Studios will also activate at other NASCAR properties, including Motor Racing Network (MRN) and NASCAR Digital Media, as well as FOX.

“We are excited to provide a fully integrated approach to introduce ‘Unhinged’ to race fans everywhere,” said Frank Kelleher, NASCAR SVP and Chief Sales Officer, of the race that will be broadcast LIVE on FS1, MRN and SiriusXM NASCAR Radio Channel 90. “The UNHINGED 300 at TALLADEGA Superspeedway will kick off two weeks of unparalleled promotion and support for Unhinged by NASCAR through a host of platforms. We provide a one-stop shop for brands to partner with NASCAR, and this is a powerful way for Solstice Studios to launch Unhinged to NASCAR fans, who continue to demonstrate the greatest loyalty towards sponsor’s brands in all of sport.”

“Unhinged” is a timely action-packed psychological thriller that takes something we’ve all experienced – road rage – to an unpredictable and terrifying conclusion. Rachel (Caren Pistorius) is running late to work when she has an altercation at a traffic light with a stranger (Crowe) whose life has left him feeling powerless and invisible. Soon, Rachel finds herself, and everyone she loves, the target of a man who decides to make one last mark upon the world by teaching her a series of deadly lessons. What follows is a dangerous game of cat and mouse that proves you never know just how close you are to someone who is about to become unhinged. Directed by Derrick Borte, the film stars Russell Crowe, Caren Pistorius, Gabriel Bateman, Jimmi Simpson, and Austin P. McKenzie. The Unhinged trailer can be found here: https://www.unhingedmovie.com/

“Partnering with NASCAR on the UNHINGED 300 at TALLADEGA combines two beloved American pastimes at a time when people are eager to return to what they love most,” said Vincent Bruzzese, Head of Strategy and Marketing, Solstice Studios. “We were looking for a distinctive breakthrough opportunity that would reach fans of adrenaline-fueled thrill rides like Unhinged, and NASCAR was the perfect partner to help us welcome audiences back to movie theaters over the 4th of July weekend for the first new film released in theaters in months.”

Just like the movie, racing at Talladega Superspeedway is intense and pushes drivers to the limit. The track, which hosted its 50th anniversary last year, has held NASCAR Xfinity Series since 1992, providing some of the closest finishes in the sport’s history, including Terry Labonte’s win in 1999 by .002 second. This year’s UNHINGED 300 at TALLADEGA will again be a part of the special Xfinity Series’ Dash 4 Cash $100,000 bonus-money program for Xfinity Series regular drivers. A year ago, winner Tyler Reddick took home the extra cash.

The UNHINGED 300 at TALLADEGA will be the second race at the iconic venue on Saturday, June 20. Earlier in the day, at 1 PM CDT, the General Tire 200 for the ARCA Menards Series will take the green flag. Both events will compete without fans in attendance, but again, will be broadcast LIVE on FS1, MRN and Sirius XM NASCAR Radio. For information, visit www.talladegasuperspeedway.com or call 1-877-Go2-DEGA.

About Solstice Studios
Solstice Studios is an independent movie company based in Los Angeles, founded in October 2018. The studio develops, fully finances, produces, sells internationally and distributes feature films in the U.S. on a wide-release basis. Solstice plans to produce 3-5 movies per year for a global audience—generally in the $20-80M budget range. It also plans to co-finance or acquire another 1-2 films per year for wide US distribution. The company has a partnership with Ingenious Media.