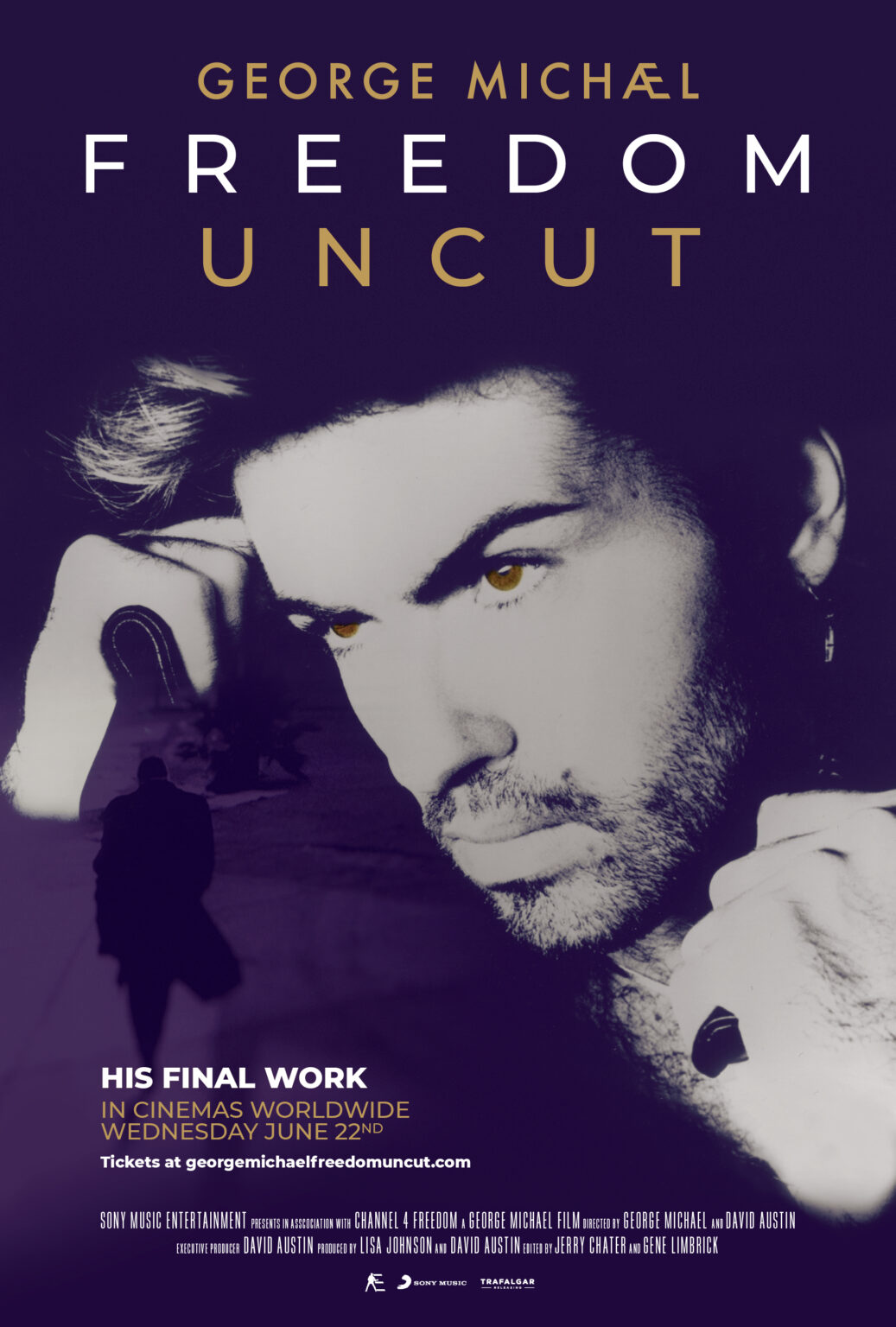 This feature-length documentary will be released as a global cinema event on Wednesday, June 22nd

Throughout the film, Michael reveals openly and honestly the two distinct sides of his life: his very public music career and his private personal life that cameras never truly saw. Michael was heavily involved in and dedicated to the making of this documentary before his tragic passing in 2016, making “George Michael Freedom Uncut” an incredibly special posthumous release and a poignant and moving tribute to his legacy.

The film delves into the turbulent period after “Faith” leading up to, during and after the making of his “Listen Without Prejudice: Vol 1” album in 1990. At this pivotal period of his life, Michael is able to fight for his artistic freedom and lead the way for others. He meets his first real love, Anselmo Feleppa and navigates both the heartbreak of Anselmo’s early tragic passing from an AIDS related illness and the devastating loss of his mother. “George Michael Freedom Uncut” is also a brilliant reminder of Michael’s outstanding musical genius during the Wham! years and throughout his solo career. The film features timeless duets with George’s favourite artists and explores how he influenced the cultural landscape of his generation as one of the world’s best-selling artists of all time.

Interwoven with exclusive, personal archival footage, this year’s theatrical release includes never-seen-before footage from one of the most iconic videos in music history, “Freedom! ’90,” directed by Oscar nominated David Fincher. The music video has been recently remastered in 4K and will screen in full ahead of the main feature in cinemas worldwide. Produced by Big Geoff Overseas Limited in conjunction with Sony Music Entertainment and distributed theatrically worldwide by Trafalgar Releasing.

David Austin says, “The film is George’s final work. Narrated by George himself, it is the complete story.”

“George Michael was an inspiring artist whose story deserves to be shared on the big screen globally.” Tom Mackay, President, Premium Content, Sony Music Entertainment says, “In honor of George’s birthday this June, we are thrilled to be working with David Austin and our partners at Trafalgar Releasing to bring fans unprecedented access to his extraordinary life both on and off stage.”

Marc Allenby, CEO – Trafalgar Releasing says, “We are proud to be bringing George Michael’s final work to the big screen in this global cinema event. As an artist whose music continues to resonate across generations, this event will be a fitting tribute to George’s life and career, giving fans the opportunity to celebrate communally in cinemas worldwide.”

About Sony Music Entertainment Premium Content
Sony Music Entertainment’s (SME) Premium Content division is a full-service content development studio showcasing the Company’s global legacy, scale and robust offerings for top creative talent around the world. Designed to provide our artists and creators with unique opportunities to captivate new global audiences, the team develops, produces, and distributes a range of premium projects across film, television, podcasting, gaming and more. Tapping into SME’s vast portfolio and catalog libraries, the division champions innovative ideas and collaborations across the Sony entertainment companies to amplify our artists’ creative vision and engage fans with captivating content across all formats.