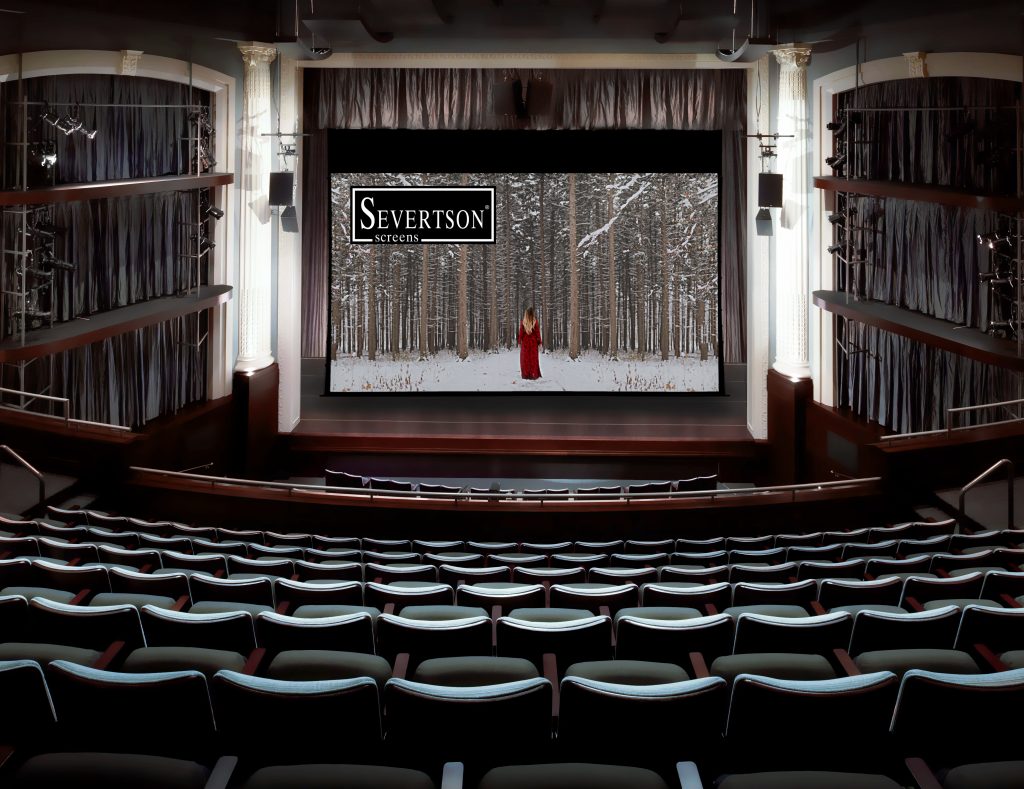 The SeVision 3D GX Giant Electric Motorized Projection Cinema Screens are Ideal for Large Venues Where a Screen Needs to be Raised & Lowered, Such as in Commercial, University/School, Museum, and Play & Opera Houses with Large Stage Environments

“Our wildly popular giant SeVision 3D GX projection screens are ideal for large venues where the screen needs raised and lowered, such as in an opera or play house with a large stage environment,” explained Toby Severtson, president and CEO of Severtson Corp. “It’s also the perfect solution for multi-purpose auditoriums, such as in commercial, university/school, house of worship, museum, and pro AV situations that require large commercial or cinema-sized screens, but not in a permanent static installation.”

The giant electric motorized projection screens are available in all offered gain levels as well as in non-perf, cinema (standard) perf, and microperf so the soundstage can be placed behind the screen similar to premier movie theatres.

“The SeVision 3D GX Giant Electric Motorized projection screens were the first giant electric high quality 3D screens available on the market at these larger cinematic sizes,” Severtson continued. “Due to our folded screen technology and coating, it has enabled us to create an electric cinema screen that can be rolled up and down frequently without damaging the screen’s surface. It’s the perfect answer for what was once an impossible scenario for a large format cinematic 3D screen.”

Having celebrated its 30th anniversary in 2016, Severtson Corporation continues to be a global leader in innovation and quality. The Severtson family’s extensive experience in manufacturing small home theater screens and large cinema screens has given Severtson Corporation the expertise to meet the needs of the professional and consumer AV markets for both indoor applications as well as large outdoor venues. With its three Arizona-based production facilities and its state-of-the-art robotic application system, Severtson has massive production capabilities and an unusually wide array of screens. The screens range in size from massive movie theaters, comfortable home theaters, and everything in between.

About Severtson Screens
Mesa, Ariz.-based Severtson Screens, which celebrated its 30th anniversary in 2016, is an award-winning global leader in innovative and quality projection screens in the home theater, pro AV, and cinema markets. Its low rejection rate coupled with the high quality of all its products has made Severtson Corporation the industry standard for quality and customer service worldwide. From its unlikely origins in the family kitchen to today’s three modern production facilities, Severtson Corporation has remained committed to the principles of innovation and uncompromising quality that have made them who they are today.