Riverdance 25th Anniversary Show to be Screened in Movie Theaters Across the U.S. on March 15th 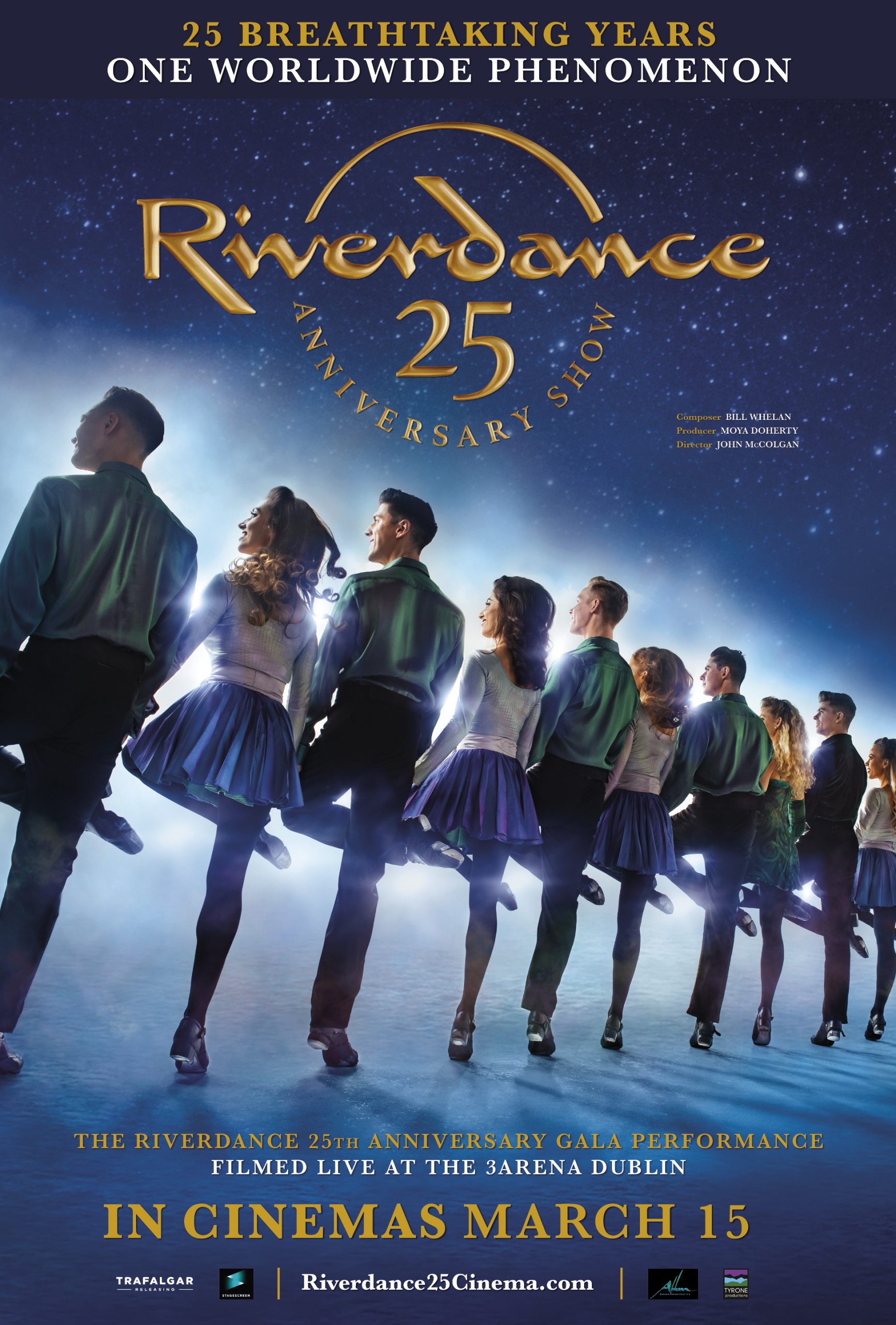 Tickets on sale now from Riverdance25Cinema.com

Denver, CO (February 3, 2020) – Trafalgar Releasing today announced tickets on-sale for the cinema release of the Riverdance Anniversary Show, celebrating 25 years of the Grammy award-winning Irish dance extravaganza. This is the first time the internationally acclaimed family favorite has been shown on the big screen. It will be released in more than 300 cinemas across the US on March 15th, 2020. Tickets are on sale now at Riverdance25Cinema.com

The Hollywood Reporter has said of the Riverdance Anniversary Show that it’s “The sort of spectacle and experience that comes along once in a lifetime.”

25 years ago, 7 minutes changed the face of Irish dancing forever. The Eurovision interval act performance of Riverdance gave millions of people a new and exciting glimpse of the future of Irish dance. Now 25 years later, composer Bill Whelan has rerecorded his mesmerising soundtrack while producer Moya Doherty and director John McColgan have completely reimagined the ground-breaking show with innovative and spectacular lighting, projection, stage and costume designs. Staged at the 3Arena Dublin, the exact spot that the Riverdance story began, the 25th Anniversary Gala performance will be filmed live for its inaugural worldwide cinema release.

Director of Riverdance, John McColgan, said today: “From the moment the first Riverdance performance took place, in Dublin in 1994, we knew that something special had occurred. Producer Moya Doherty, composer Bill Whelan and myself, set about creating a stage show that could build on the thrill, the spectacle and the sheer creative energy of that first performance featuring Michael Flatley and Jean Butler in that first television appearance. We are thrilled that 25 years later Riverdance continues its record-breaking story with its first cinema release to celebrate the 25th anniversary of the show.”

Kymberli Frueh, SVP for Programming and Acquisitions at Trafalgar Releasing has said: “It’s terrific that we can bring this fantastic anniversary show to US cinemas and make it accessible for local communities, giving more people than ever the chance to experience this truly iconic production and continue Riverdance’s incredible legacy.”

The Riverdance 25th Anniversary Show is on tour throughout the USA from January to June. For more information on the live tour dates and venues visit Riverdance.com