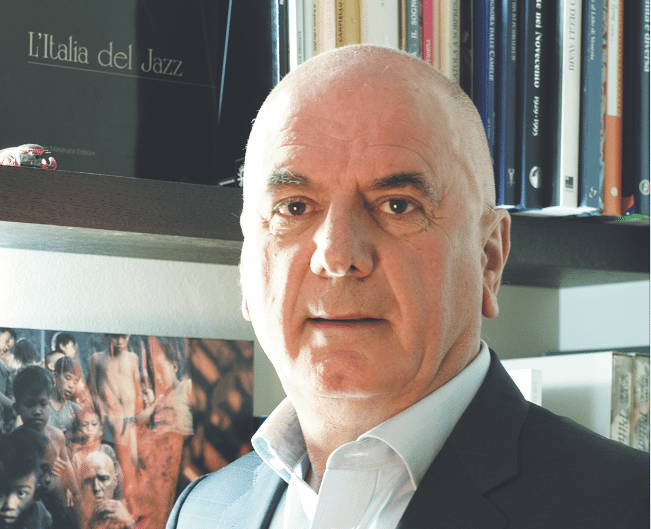 Piero Fumagalli, Founder and CEO of Arcadia Cinema, has been named as the 2017 recipient of the UNIC Achievement Award, given each year to an outstanding person for their dedication and service to European cinema exhibition. The Award will be presented as part of the CineEurope Awards Ceremony on Thursday 22 June at the Centre Convencions Internacional Barcelona (CCIB) in Barcelona, Spain.

Piero Fumagalli founded the Arcadia Cinema chain in 1997, since which time he has developed multiplexes across four locations in Northern Italy.

Under his leadership, Arcadia Cinema has continued to reinvent itself, providing cutting-edge and ever-more immersive cinematic experiences to its audience. The cinema chain was the first in Italy to turn digital in the 2000s and over the years has been consistently at the forefront of innovation in cinema, being amongst the early adopters of immersive sound and laser technology.

With an eye to the history of the industry, Piero also maintained 70mm projectors in his cinemas, with the state of the art ENERGIA auditorium tailor-built for 70mm presentations and considered by Italian film enthusiasts as one of the greatest big screen experiences in the country.

Everything at Arcadia Cinema, from the seats that he helped designing to astounding diversity he offers to his customers, reflects his personal vision of cinema-going and continued efforts to engage and connect with his audience in more innovative and personal ways.

“Piero Fumagalli has proved to be a true visionary in the Italian and European cinema industry. A true pioneer of innovation, he has demonstrated an enormous dedication to improving the cinema-going experience through cutting-edge experiences and technologies.

This Award in some small way recognizes his passion for the big screen experience and his invaluable contribution to our sector.”

CineEurope 2017 will take place 19-22 June at the Centre Convencions Internacional Barcelona (CCIB) in Barcelona, Spain. CineEurope is the longest-running and most successful European convention and trade show for Major, Regional, and Independent cinema professionals. CineEurope will feature exclusive screenings and product presentations of upcoming films, sponsored events, timely and informative seminars and the CineEurope Trade Show. CineEurope is the Official Convention of the Union Internationale des Cinémas/International Union of Cinemas (UNIC).