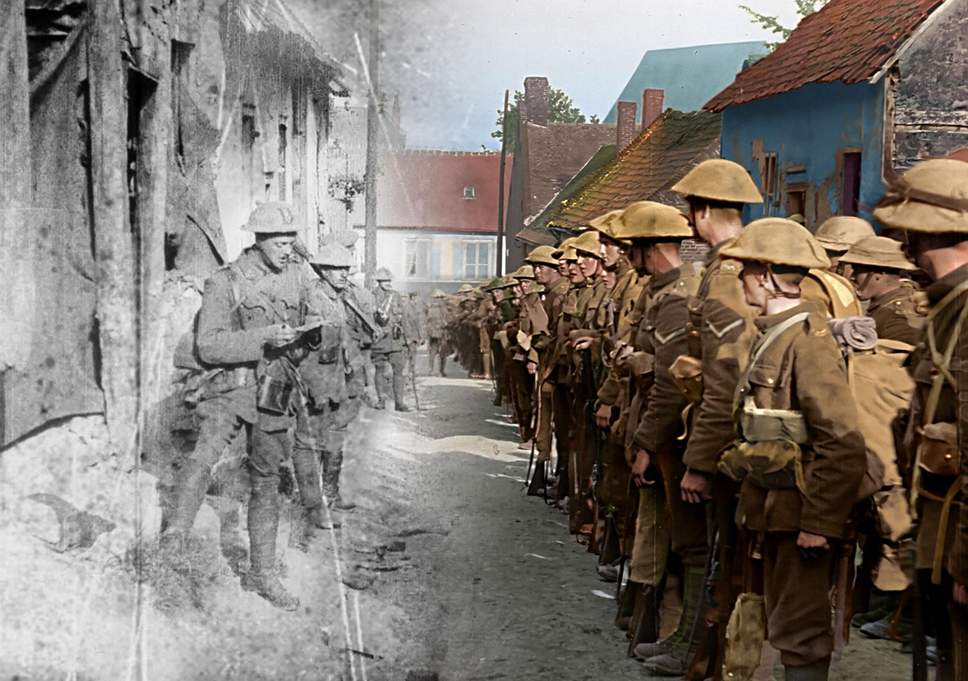 Tickets Go on Sale November 16 for This Two-Night Theatrical Event, Featuring an Introduction From World-Renowned Filmmaker Peter Jackson and Followed by a Special Piece on the Creation of This Trailblazing Documentary

Fathom Events has partnered with Warner Bros. Pictures to bring Academy Award winner Peter Jackson’s poignant WWI documentary “They Shall Not Grow Old” to movie theaters across the U.S. on Monday, December 17, with an encore presentation on Thursday, December 27. The film is presented in 2D and RealD 3D, and tickets go on sale on Friday, November 16, at www.FathomEvents.com and participating theater box offices.

Jackson recorded a special introduction to the film—which he has called his most personal—offering his perspective on why the film is important for audiences, who have never experienced WWI footage as anything but grainy black & white… and silent. In “They Shall Not Grow Old,” Jackson opens a window to the past in a way that has never been seen or heard before, noting, “Restoration is a humanizing process.” The screening will be immediately followed by special content offering firsthand insights into what went into this groundbreaking feat of research, filmmaking and storytelling.

The acclaimed documentary is an extraordinary look at the soldiers and events of the Great War, using film footage captured at the time, now presented as the world has never seen. By utilizing state-of-the-art restoration, colorization and 3D technologies, and pulling from 600 hours of BBC archival interviews, Jackson puts forth an intensely gripping, immersive and authentic experience through the eyes and voices of the British soldiers who lived it.

“We knew that partnering with Warner Bros. to bring this extraordinary documentary to U.S. audiences was essential,” said Fathom Events CEO Ray Nutt. “Putting this documentary on the big screen via the Fathom network will further illuminate Peter’s work and allow moviegoers to see the impressive visual detail of the restored footage as though they were a part of that moment in time.”

Carolyn Blackwood, President and Chief Content Officer, New Line Cinema and executive producer on “The Hobbit” Trilogy stated, “This documentary is simply special on every level – it is an arresting and gripping way to humanize and honor those who served so bravely during WWI by using actual footage shot at the time and narrated with the voices of the soldiers who experienced it. Leave it to Peter to come up with a groundbreaking way to reflect back on a period in history that deserves another look.”

Jeff Goldstein, President of Domestic Distribution, Warner Bros. Pictures, said, “With this being the 100th anniversary of Armistice Day, I can’t imagine a more appropriate time to honor the courage of the soldiers who fought in WWI – what was then ‘the war to end all wars’ – many of whom made the ultimate sacrifice. Peter has made history come alive through the medium of film, and we are so pleased to be a part of bringing his vision to today’s audiences.”

About “They Shall Not Grow Old”
The film was directed by Peter Jackson and edited by Jabez Olssen. It was produced by Jackson under his WingNut Films banner, and Clare Olssen, and executive produced by Ken Kamins and Tessa Ross, under her House Productions banner. Commissioned by the UK’s 14-18 NOW Arts Program, Imperial War Museums and BBC, it is being distributed by Warner Bros. Pictures.

About Peter Jackson
Peter Jackson produced, co-wrote and directed his screen adaptation of J.R.R. Tolkien’s “The Lord of The Rings” trilogy, which earned a total of 30 Academy Award nominations and won 17, including Best Picture in 2004 for “The Return of the King.” In 2010, he wrote, directed and produced his trilogy adaptation of “The Hobbit,” which gathered a total of seven Academy Award nominations.

About 14-18 NOW
14-18 NOW is a program of arts experiences connecting people with the First World War, as part of the UK’s official centenary commemorations. It commissions new work by leading contemporary artists across all art forms; the program has included over 200 artists from 35 countries, with commissions taking place in 160 locations across the UK.

About IWM
IWM (Imperial War Museums) has five branches in England. Their unique collections tell the story of people who have lived, fought and died in conflicts involving Britain and the Commonwealth since the First World War.