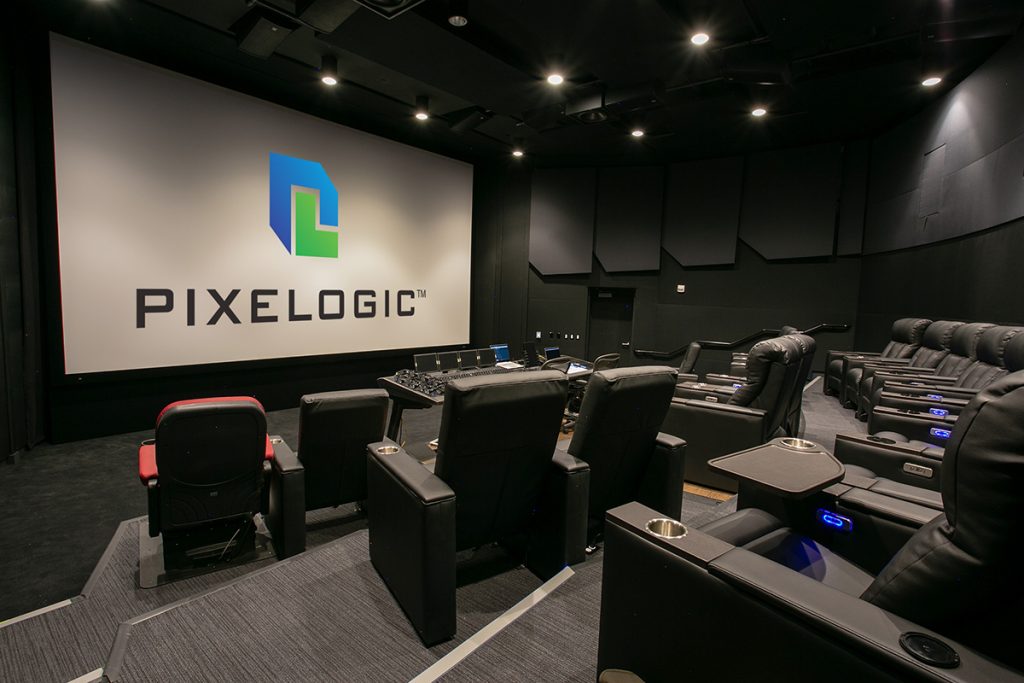 Pixelogic, the global provider of localization and distribution services, has opened its advanced and uniquely innovative post production content review and audio mixing theaters within its facility in Burbank, CA. The new theaters extend the company’s end-to-end services to include theatrical screening of digital cinema packages as well as feature and episodic audio mixing in support of its foreign language dubbing business. This significant investment will benefit the company’s customer base of content holders including the major studios, broadcasters and digital retailers.

Pixelogic now operates a total of 6 projector lit screening rooms within its facility in Burbank, CA. Each room was purpose built from the ground up to include best-in-class High Dynamic Range (HDR) picture and immersive sound technologies, including support for Dolby Atmos and DTS:X audio. The main theater is equipped with a Dolby Vision projection system, and supports Dolby Atmos immersive audio. The facility will enable the creation of more theatrical content in Dolby Vision and Dolby Atmos, which consumers can experience at Dolby Cinema™ theaters, as well as in their homes and on the go. The four larger theaters are equipped with Avid S6 consoles in support of the company’s audio services. The latest 4D motion chairs are also available for testing and verification of 4D capabilities.

“The overall facility design enables rapid and seamless turnover of production environments that support Digital Cinema Package (DCP) screening, audio recording, audio mixing, and a range of mastering and quality control services,” notes Andy Scade, senior vice president and general manager of Pixelogic’s Worldwide Digital Cinema Services. “We’re committed to building solutions that are advanced, integrated and efficient such that we can deliver the most value to our clients who are creating and distributing the most in-demand content in the world, including Dolby Vision and Dolby Atmos.”