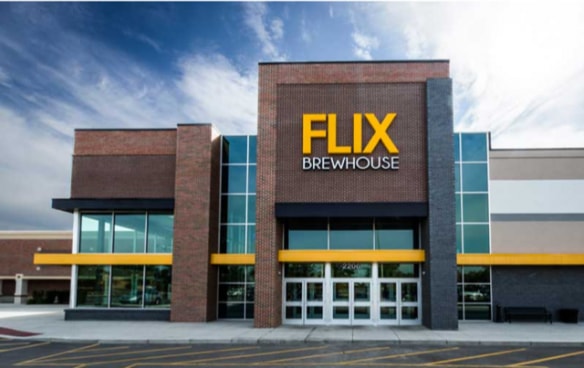 New York (April 6, 2018) – MoviePass, the nation’s premier movie theater subscription service and a majority-owned subsidiary of Helios and Matheson Analytics Inc. (Nasdaq:HMNY), today announced a partnership with Flix Brewhouse, the nation’s only cinema circuit that pairs full service in-theater dining with an award-winning craft brewery at every location. Started in 2011, Flix Brewhouse is based in Round Rock, Texas and operates locations there as well as in Iowa, Indiana, New Mexico, and the DFW metroplex, which is expected to open in April 2018.

As of the time of the announcement of the partnership, MoviePass is fully integrated into the POS ticketing systems at all Flix Brewhouse theaters. MoviePass members can now use the service at Flix Brewhouses for additional benefits and features, including e-ticketing, in-app reserved seat selection, advance screening booking. The announcement comes as MoviePass continues to expand its exhibitor presence by focusing on partnering with exciting and innovative exhibitors around the country.

“Like MoviePass, Flix Brewhouse is a progressive, tech-forward company and we’re thrilled they’ve decided to partner with us as we continue to gain ground in improving the theater-going experience,” said Bernadette McCabe, Senior Vice President of Exhibitor Relations & Business Strategy at MoviePass. “We love the in-house brewery and dining model they’ve pioneered, as it perfectly aligns with our mission to revamp the conventional approach of going to the movies.”

“Flix Brewhouse is bullish on the long-term future of experiential out-of-home entertainment, and we’re excited to work with the like-minded professionals at MoviePass to add more value to movie-going,” stated Flix CEO Allan Reagan. “Our early result piloting full POS integrations with MoviePass has been a measurable uplift in same-store box office revenues compared to industry averages.”

MoviePass currently boasts over two million members nationwide. With additional theaters opening in Madison, Wisconsin and suburban Phoenix later this year, Flix Brewhouse expects total 2018 attendance of approximately two million, including MoviePass members. Flix recently announced a $26M equity investment, which it expects will fuel growth to 11 locations and 95 screens by the end of 2019, with a robust pipeline beyond.

About Helios and Matheson
Helios and Matheson Analytics Inc. (HMNY) is a provider of information technology services and solutions, offering a range of technology platforms focusing on big data, artificial intelligence, business intelligence, social listening, and consumer-centric technology. HMNY owns a majority interest in MoviePass Inc., the nation’s premier movie-theater subscription service. HMNY’s holdings include RedZone Map™, a safety and navigation app for iOS and Android users, and a community-based ecosystem that features a socially empowered safety map app that enhances mobile GPS navigation using advanced proprietary technology. HMNY is headquartered in New York, NY and listed on the Nasdaq Capital Market under the symbol HMNY. For more information, visit us at www.hmny.com.

About MoviePass
MoviePass Inc. is a technology company dedicated to enhancing the exploration of cinema. As the nation’s premier movie-theater subscription service, MoviePass provides film enthusiasts the ability to attend up to one movie per day for a low subscription price. The service, now accepted at more than 91% of theaters across the United States, is the nation’s largest theater network. For more information, visit www.moviepass.com.

About Flix Brewhouse
Flix Brewhouse is the world’s only first run cinema-eatery-microbrewery. Designed from the inside out to deliver a premium viewing and dining experience at an affordable price, Flix addresses the primary concern of moviegoers everywhere – the rising cost of admissions and concessions at the conventional multiplex. As America’s Cinema Brewery, Flix Brewhouse combines the latest Hollywood productions, award winning, brewed on-premises craft beer and delicious food – all served “in theater,” on an a la carte basis.  Flix guests experience a wide variety of programming beyond first run films, including participative brewery events, special multi-course curated beer pairing dinners, and interactive Fan Fest events celebrating movie classics from the 1960’s through 1990’s.