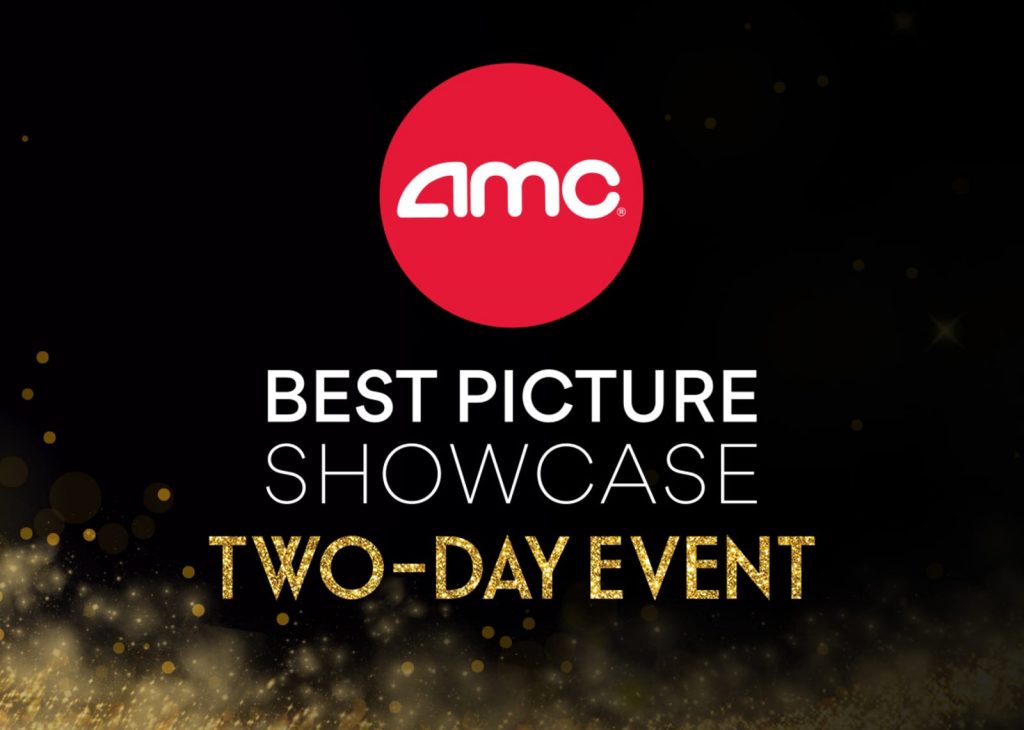 The long-running AMC Best Picture Showcase has attracted a loyal fan base, which continues to grow year after year, with some guests avoiding potential nominees completely so they can see them all at once to evaluate what movie will take home the biggest prize of the night. Participating locations can be found at amctheatres.com/bps.

“There’s a true sense of community, as so many of these guests come back every year, often bringing friends and family members who are experiencing the event for the first time,” said Stephen Colanero, Chief Marketing Officer, AMC. “At many locations, guests who often only know each other through this event come back to catch up with each other, and with the best films of the year.”

The nominees and schedule are:

*Following the first movie of the day, start times for subsequent movies may vary by location

The Academy Awards will be presented on Sunday, Feb. 26, at the Dolby Theatre at the Hollywood & Highland Center and televised live on ABC.

About AMC Theatres
AMC is the largest movie exhibition company in the U.S., in Europe and throughout the world with approximately 900 theatres and more than 10,000 screens across the globe, prior to factoring in the Nordic acquisition. AMC has propelled innovation in the exhibition industry by: deploying more plush power-recliner seats; delivering enhanced food and beverage choices; generating greater guest engagement through its loyalty program, web site and smart phone apps; offering premium large format experiences and playing a wide variety of content including the latest Hollywood releases and independent programming. AMC operates among the most productive theatres in the United States’ top markets, having the #1 or #2 market share positions in 22 of the 25 largest metropolitan areas of the United States, including the top three markets (NY, LA, Chicago). Through its Odeon subsidiary, and again prior to the Nordic acquisition, AMC operates in seven European countries and is the # 1 theatre chain in the UK & Ireland, Italy and Spain.