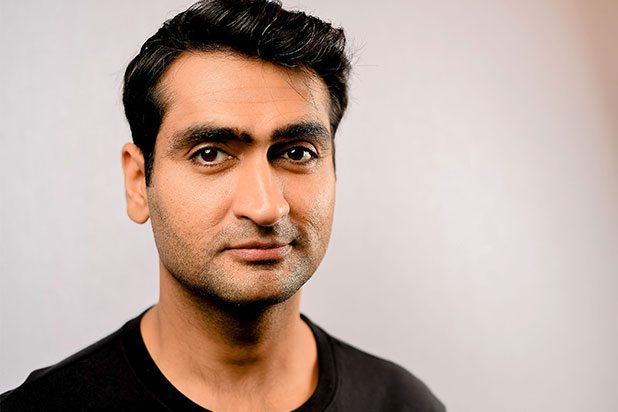 Amazon Studios and Lionsgate to Release "The Big Sick" on June 23, 2017

Kumail Nanjiani will receive the “CinemaCon Comedy Star of the Year Award,” it was announced today by CinemaCon Managing Director, Mitch Neuhauser. CinemaCon, the official convention of The National Association of Theatre Owners (NATO) will be held March 27-30, 2017 at Caesars Palace in Las Vegas. Nanjiani will be presented with this special honor at the “CinemaCon Big Screen Achievement Awards” ceremony taking place on the evening of Thursday, March 30, at The Colosseum at Caesars Palace, hosted by the Coca-Cola Company, the official presenting sponsor of CinemaCon.

“Kumail has already made his mark on TV with the award winning ‘Silicon Valley’ and on the big screen in such films as ‘Fist Fight’ and ‘Mike and Dave Need Wedding Dates’ in which he gave one of the most memorable massages of all time”, noted Neuhauser. “He continues to make audiences laugh with his unique sense of humor and charisma. We couldn’t be more delighted to be honoring him as our CinemaCon ‘Comedy Star of the Year.’”

A major hit at the Sundance Film Festival earlier this year, “The Big Sick” will be released by Amazon Studios and Lionsgate on June 23, 2017. Directed by Michael Showalter and Produced by Judd Apatow and Barry Mendel, the film is based on the real-life courtship between Kumail Nanjiani and Emily V. Gordon (who also wrote the screenplay), “The Big Sick” tells the story of Pakistan-born aspiring comedian Kumail (Nanjiani), who connects with grad student Emily “(Kazan) after one of his standup sets. However, what they thought would be just a one-night stand blossoms into the real thing, which complicates the life that is expected of Kumail by his traditional Muslim parents. When Emily is beset with a mystery illness, it forces Kumail to navigate the medical crisis with her parents, Beth and Terry (Holly Hunter and Ray Romano) who he’s never met, while dealing with the emotional tug-of-war between his family and his heart.

On television, Nanjiani is writer, executive producer and co-host of Comedy Central’s “The Meltdown with Jonah and Kumail,” along with Jonah Ray. He has also had roles on “Portlandia,” “Franklin & Bash,” “Burning Love,” The Return of “The X-Files,” “Community,” and “Inside Amy Schumer.”