Investment, Innovation and Diversity the Hallmark of Our Industry, Says UNIC President 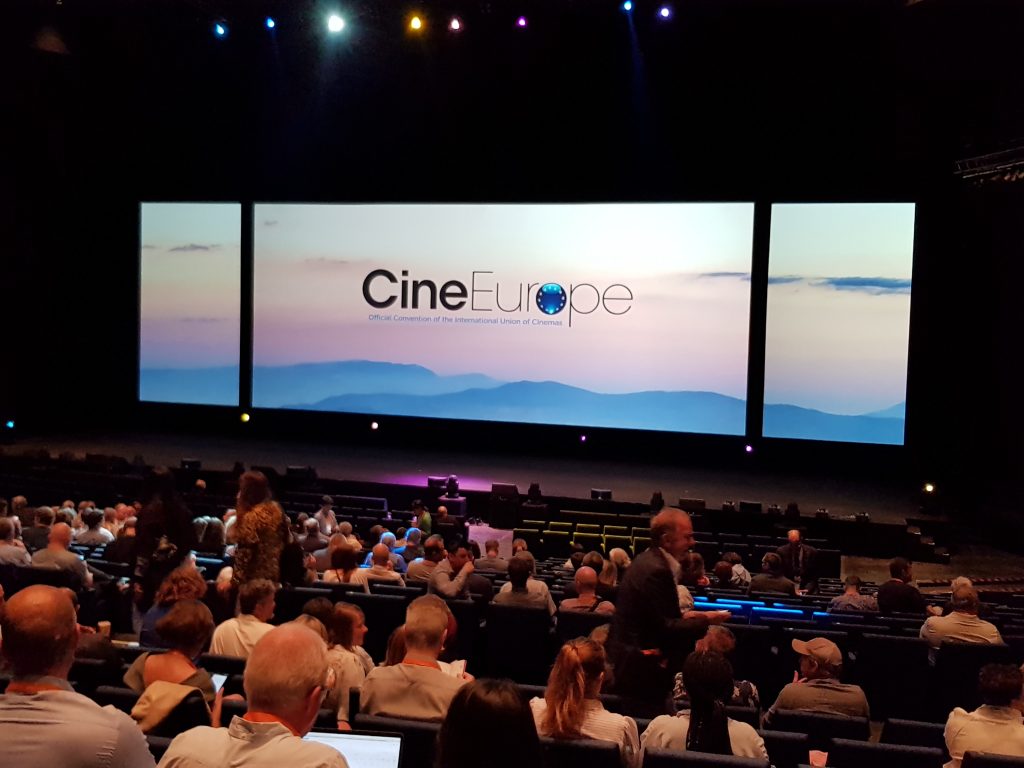 During his keynote address at CineEurope 2018, Phil Clapp, President of the International Union of Cinemas (UNIC), the European Cinema trade grouping, reflected on the success of a sector which continued to thrive due to investment, innovation and diversity.

Welcoming yet another increasingly diverse and engaging CineEurope programme, he also pointed to the importance of support for European content and its position in the global box office landscape, whilst extending his gratitude to the numerous partners and organisations that help make the convention a success year-on-year.

Reporting on cinema-going across UNIC territories in 2017, he mentioned the “renewed confidence” the year had brought in terms of increasing admissions, which:

“… confirms that the cinema-going public recognise the massive levels of investment that European operators are making in all aspects of the Big Screen experience.”

Furthermore, he noted the crucial role of Europe’s diversity with regard to film content, noting that domestic titles are now better able to find audiences across the region due to digital advances across the sector and declaring that their importance could not be overstated in terms of catering for audiences from all backgrounds. Special mention was also given to efforts by partners in production and distribution in enabling audience-friendly domestic films to “find their way to their natural home on the Big Screen.”

Pointing to the continued need for diversity also in the cinema workforce, he also noted the success of the UNIC Women’s Cinema Leadership Programme, which looked to tackle underrepresentation of women in senior roles across the industry. The second edition of the Programme would be announced later in the week at CineEurope.

Touching upon another important development over the last year, he updated attendees on the status of the Global Cinema Federation. Established by UNIC, the US trade body the National Association of Theatre Owners and eleven of the world’s leading cinema operators, the Federation’s recently published policy statements would, he hoped, provide not only a “clear sign of the progress made by the Federation over the last year” but also “a rallying point for operators across the world.”

In closing, he highlighted the importance of three main pillars behind the industry’s success, declaring that despite the challenges the European cinema sector faced, operators could remain confident:

“Knowing that whatever the distractions posed by the unsustainable business practices of so-called ‘disruptors,’ our focus will remain on sustaining the diversity, innovation and investment that is the hallmark of our industry and the key to its ongoing success.”

CineEurope
CineEurope 2018 will take place from 11-14 June at the Centre Convencions Internacional Barcelona (CCIB) in Barcelona, Spain. CineEurope is the longest-running and most successful European convention and trade show for Major, Regional, and Independent cinema professionals. CineEurope will feature exclusive screenings and product presentations of upcoming films, sponsored events, timely and informative seminars and the CineEurope Trade Show. CineEurope is the Official Convention of the Union Internationale des Cinémas/International Union of Cinemas (UNIC).

The International Union of Cinemas (UNIC)

The Film Expo Group is the premier organizer of events in the motion picture industry. The Film Expo Group produces CineEurope, held in Barcelona; ShowEast, held in Miami; and CineAsia, held in Hong Kong. Additionally, the group publishes Film Journal International, a trade magazine and website covering the motion picture industry with a special emphasis on theatrical exhibition.