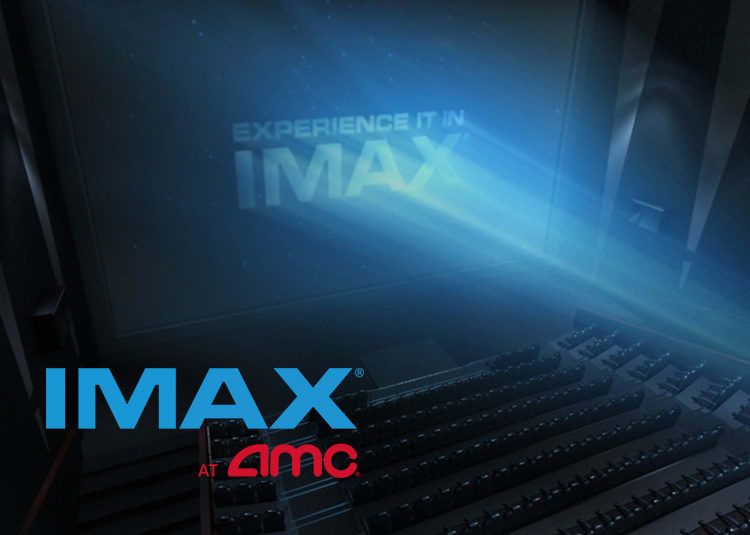 IMAX Corporation and AMC Theatres (NYSE: AMC), today signed a binding letter of intent to install IMAX’s new ground-breaking laser experience for commercial multiplexes in 87 of the exhibitor’s highest-performing IMAX at AMC locations across the U.S. The announcement coincides with the launch of the next-generation of IMAX with Laser, IMAX’s most advanced commercial projection system to date designed to transform the premium blockbuster moviegoing experience.

Under the agreement, the IMAX with Laser systems operate under a joint revenue sharing arrangement with renewed 12-year lease terms, and are expected to be installed between 2018 and 2022. Additionally, AMC will be undertaking a complete renovation in the locations with several additional moviegoing enhancements including the installation of IMAX’s 12-channel immersive sound, luxury plush rocker seating, redesigned entryways and in-theatre branding.

“The next-generation of IMAX with Laser represents a technological breakthrough years in the making aimed at delivering consumers a bold, more differentiated IMAX blockbuster moviegoing experience,” said IMAX CEO Richard L. Gelfond. “Together with AMC, our largest exhibitor partner in North America, we look forward to continuing our legacy of providing unforgettable entertainment experiences through the launch of IMAX with Laser and several premium in-theatre upgrades at 87 of its top locations. In addition to the economics of the new laser system remaining attractive and coming with 12-year lease extensions, we believe this powerful new product will over time help ensure that IMAX remains the premium cinematic experience of choice among moviegoers, studios, filmmakers and theatre partners alike.”

“AMC and IMAX continue to stay at the forefront of presentation innovation, and this announcement represents a momentous step forward for our guests who love seeing their movies in IMAX at AMC,” said Adam Aron, CEO and President, AMC.

IMAX with Laser provides audiences with strikingly crystal-clear and vivid images to suspend disbelief when experiencing today’s biggest blockbusters. The next-generation 4K laser projection system features a new optical engine and suite of proprietary IMAX technologies that delivers increased resolution, sharper and brighter images, deeper contrast as well as the widest range of colors available to filmmakers to present more distinct, exotic colors than ever before. The new system will also feature IMAX’s 12-channel sound technology that incorporates new side and overhead channels to deliver greater dynamic range and precision for ultimate audio immersion and sound you can feel.

To date, the Company has signed agreements for more than 150 of its new IMAX with Laser systems worldwide.

About AMC Entertainment Holdings, Inc.
AMC (NYSE: AMC) is the largest movie exhibition company in the U.S., in Europe and throughout the world with more than 1,000 theatres and 11,000 screens across the globe. AMC has propelled innovation in the exhibition industry by: deploying more plush power-recliner seats; delivering enhanced food and beverage choices; generating greater guest engagement through its loyalty program, web site and smart phone apps; offering premium large format experiences and playing a wide variety of content including the latest Hollywood releases and independent programming. AMC operates among the most productive theatres in the United States’ top markets, having the #1 or #2 market share positions in 22 of the 25 largest metropolitan areas of the United States, including the top three markets (NY, LA, Chicago). Through its Odeon subsidiary AMC operates in 14 European countries and is the #1 theatre chain in Estonia, Finland, Italy, Latvia, Lithuania, Spain, Sweden and UK & Ireland. In a joint partnership with The Development and Investment Entertainment Company, a subsidiary of The Public Investment Fund of Saudi Arabia, AMC also operates AMC Cinemas in the Kingdom of Saudi Arabia. www.amctheatres.com