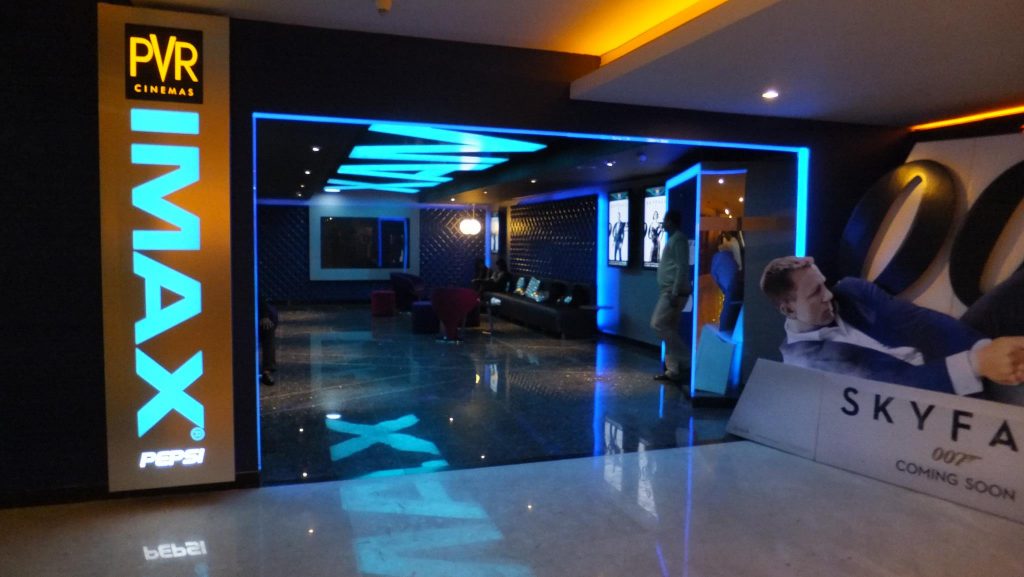 The exhibitor currently operates a total of seven IMAX theatres across India that include sites that are among India’s top-performing IMAX theatres of 2017. Since the parties’ last theatre deal in April 2017, PVR Cinemas has tripled its IMAX commitment from five to a total of 15 theatres strengthening the exhibitor’s position as IMAX’s largest partner in India. Today’s agreement brings IMAX’s theatre footprint in India to 31, with 14 currently open and 17 contracted to open.

“Our agreement is a direct result of the success of our IMAX box office which, since 2016, has increased by 50% as the demand for IMAX among moviegoers in India continues to build,” said Mr. Ajay Bijli, Chairman & Managing Director, PVR Limited. “We are delighted to strengthen our longstanding successful partnership with IMAX, which we view as a competitive advantage to help solidify our leading position in India’s exhibition market.”

“We are very encouraged by our recent success and growth in India where our IMAX theatres are performing extremely well at the box office and where we have doubled our network in the last two years. This momentum would not be possible without the support of PVR, a tremendous IMAX advocate and world-class exhibitor,” said Mr. Richard L. Gelfond, CEO, IMAX. “India is the fourth-largest market by box office and one we view as a long-term growth opportunity. We also continue to re-master more and more Indian movies, and had record-breaking success with Padmaavat earlier this year. We believe these factors, combined with expanding our partnership with India’s top exhibitor PVR, will help set the stage for continued expansion in this important emerging market.”

In January, IMAX released Viacom18 Motion Pictures’ film Padmaavat, which marked the fourth local-language IMAX Indian film release and the first to be presented in the IMAX 3D format. Padmaavat is now the Company’s highest-grossing local Indian release and third highest-grossing IMAX film overall in the country. The Company expects to announce more Indian IMAX movies for this year. The Company expects to announce more local-language Indian IMAX releases for this year.

About PVR Limited
PVR is the largest and most premium film exhibition company in India. Since its inception in 1997, the brand has redefined the way entertainment is consumed in India. PVR currently operates a cinema circuit comprising of 625 screens at 134 properties in 51 cities (19 states & UTs), serving 85 million patrons annually. While PVR’s total screen count has reached to 625 screens at 134 properties in 51 cities across India; the premium screen category count stands at 36 screens of Gold Class, 07 of IMAX, 06 of 4DX, 04 of PXL and 04 of Playhouse across the country.

About IMAX Corporation
IMAX, an innovator in entertainment technology, combines proprietary software, architecture and equipment to create experiences that take you BEYOND the edge of your seat to a world you’ve never imagined. Top filmmakers and studios are utilizing IMAX theatres to connect with audiences in extraordinary ways, and, as such, IMAX’s network is among the most important and successful theatrical distribution platforms for major event films around the globe.

IMAX is headquartered in New York, Toronto and Los Angeles, with additional offices in London, Dublin, Tokyo, and Shanghai. As of September 30, 2017, there were 1,302 IMAX theatres (1,203 commercial multiplexes, 11 commercial destinations and 86 institutions) in 75 countries. On Oct. 8, 2015, shares of IMAX China, a subsidiary of IMAX Corp., began trading on the Hong Kong Stock Exchange under the stock code “HK.1970.”