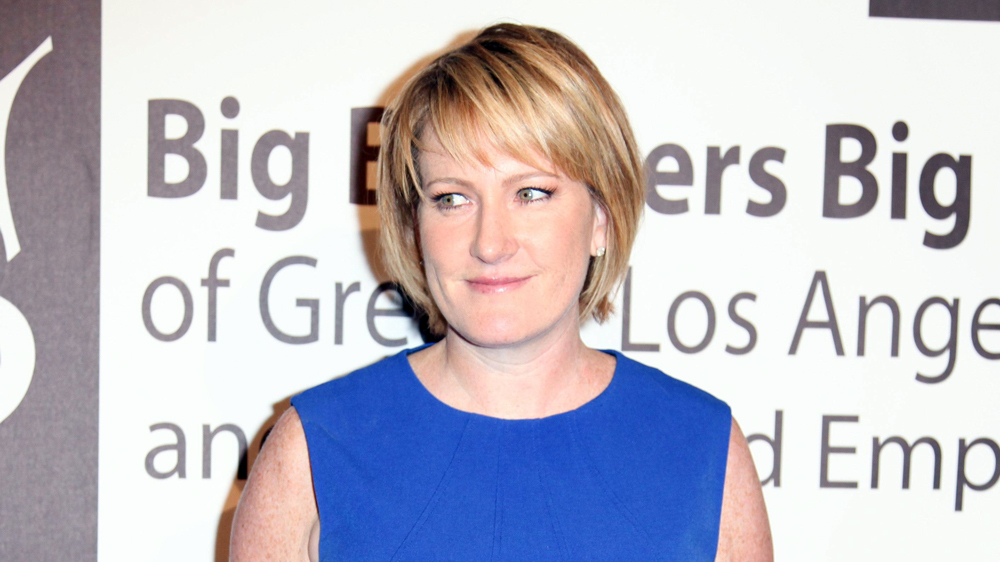 Greg Foster to Exit the Company

She will oversee IMAX’s global Entertainment division and will help grow the Company’s worldwide box office as well as cultivating IMAX’s strategic relationships and partnerships in the entertainment industry. Colligan also will be responsible for the Company’s domestic and international film slates, global distribution and programming of the IMAX theatre network and post production, quality control and DMR process (IMAX’s proprietary film conversion technology). She will oversee IMAX’s own original content development, production and distribution and the Company’s alternative content strategy. Additionally, she will play a key role in shaping IMAX’s Film Fund strategies as well as developing partnerships in the emerging streaming marketplace.

The Company and Greg Foster also announced that, as has been anticipated, Foster will exit from his role as CEO, IMAX Entertainment and Senior Executive Vice President, IMAX Corp., when his current contract concludes at the end of the year.

In making the announcement, Gelfond said, “Given Megan’s extensive experience in the entertainment industry, she has a unique perspective on how it is evolving and what IMAX can do to grow our global entertainment business in new and innovative ways. Her strong relationships with film studios, exhibitors, filmmakers and talent around the world will help us take our already robust partnerships to the next level and build exciting new ones.

“I’d like to thank Greg for his dedication and commitment to building IMAX’s blockbuster film business and contributing to our overall success. He is a great friend who has worked tirelessly for IMAX and I’m grateful for his enormous contributions over nearly two decades. His relentless drive to build relationships across the industry in both domestic and international markets with the finest filmmakers, studios and exhibitors was critical in helping IMAX become the global brand that audiences equate with the best moviegoing experience on the planet.”

“After nearly 18 years at IMAX, I leave extremely proud of what we’ve built and accomplished,” said Foster. “I want to do everything possible to guarantee the continued prosperity of a company I have known and loved for such a long time. I can’t think of anyone better to hand the baton to than Megan. We’ve been friends and colleagues for many years and she’s a professional and talented film executive. I look forward to working with Megan to ensure a smooth transition of responsibilties. I’m leaving the company I helped build in excellent hands. Rich and everyone at IMAX will always be part of the extended Foster Family.”

“One of the many things that attracted me to IMAX is the strong spirit of entrepreneurship and innovation the company has long been dedicated to since the very beginning,” said Colligan. “We’re at a really interesting time in the content business and IMAX is uniquely positioned to help drive the future of our industry by leading the way with technological innovation, creative problem solving, and smart, thoughtful experimentation. I’m excited to be to be a part of a Company, led by Rich, that is at the forefront of advancement.”

From 2006-2017, Colligan served in executive roles at Paramount Pictures, most recently as Worldwide President of Marketing and Distribution from 2014-2017. She spearheaded the marketing and distribution efforts for many of Paramount’s most successful franchise properties, including “Transformers,” “Anchorman,” “Terminator,” “Mission: Impossible,” “Star Trek,” “Teenage Mutant Ninja Turtles,” “G.I. Joe” and was the architect of the launch for the “Paranormal Activity” franchise. During this time, Colligan also oversaw Paramount’s Home Entertainment division, a $1 billion dollar annual business for the studio.

From 2011-2014, Colligan served as Head of Domestic Marketing and Distribution and as co-head of Domestic Marketing from 2008 to 2011. She oversaw the campaigns for some of the industry’s most commercially successful films, including the worldwide blockbusters “Transformers: Revenge Of The Fallen” “Transformers: Dark Of The Moon,” “Star Trek,” “G.I. Joe: The Rise Of Cobra,” and “Shutter Island.” With Marvel’s exclusive distribution deal with Paramount, Colligan helped launch and build the now iconic brand with campaigns for “Thor,” “Captain America: The First Avenger,” and “Iron Man 2.”

A member of AMPAS, Colligan was also the winner of the 2013 Sherry Lansing Award from Big Brothers and Big Sisters of Greater Los Angeles. She has served on the organization’s Board since receiving the honor. She chairs the marketing committee and serves on the executive committee and fund development committee. She graduated from Harvard University with a B.A. in American history and African American studies.

IMAX, an innovator in entertainment technology, combines proprietary software, architecture and equipment to create experiences that take you beyond the edge of your seat to a world you’ve never imagined. Top filmmakers and studios are utilizing IMAX theaters to connect with audiences in extraordinary ways, and, as such, IMAX’s network is among the most important and successful theatrical distribution platforms for major event films around the globe.

IMAX is headquartered in New York, Toronto and Los Angeles, with additional offices in London, Dublin, Tokyo, and Shanghai. As of June 30, 2018, there were 1,410 IMAX theater systems (1,314 commercial multiplexes, 12 commercial destinations, 84 institutional) operating in 79 countries. On Oct. 8, 2015, shares of IMAX China, a subsidiary of IMAX Corp., began trading on the Hong Kong Stock Exchange under the stock code “HK.1970.”