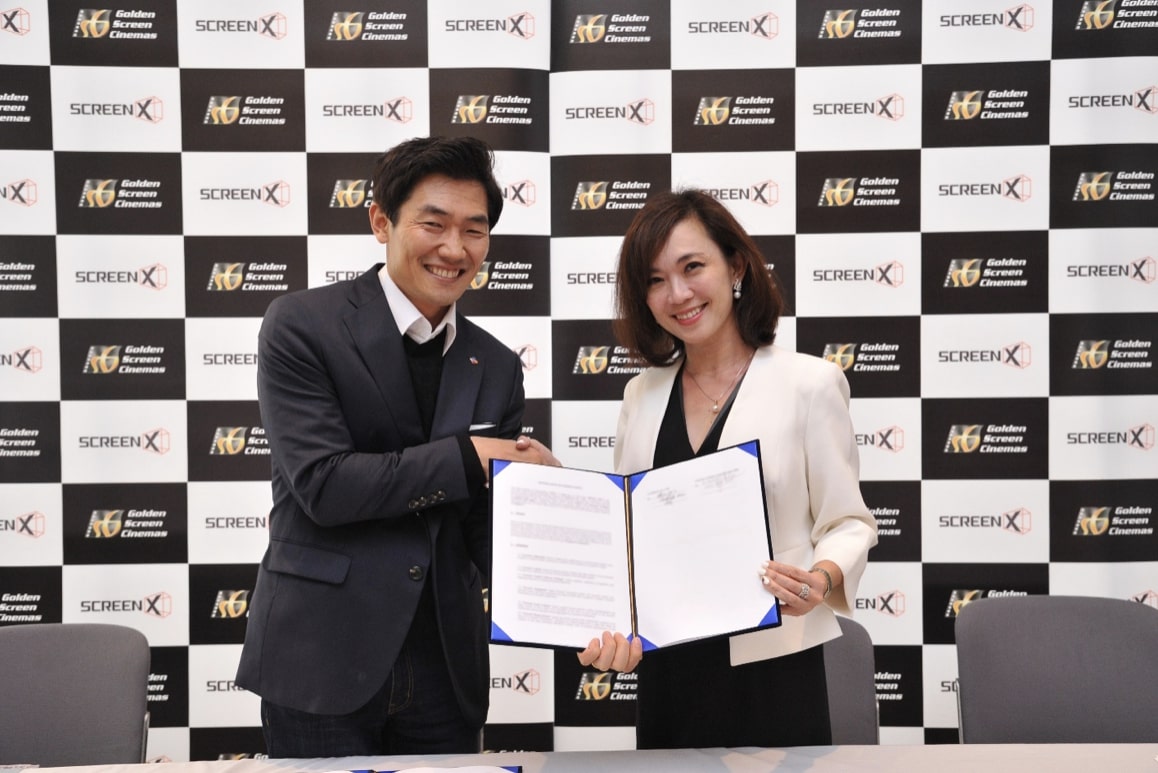 ScreenX, The premium, panoramic, 270-degree cinema environment that projects films on three walls of the auditorium, will launch at GSC’s flagship theatre, 1 Utama Shopping Centre in Petaling Jaya, Selangor in 2019. The two additional theatres will open in 2020.

The second 4DX theatre in Malaysia will be opened, by the end of the month, at the 1Utama Shopping Centre. Two additional locations, IOI City Mall, Putrajaya and Southkey, Johor Bahru, will open in 2019.

“We are working closely with GSC to provide our premium cinema technology format in an effort that positions them as a leading cinema exhibitor across Malaysia with a commitment to delivering new and enriching cinema experiences to customers,” said JongRyul Kim, CEO of CJ 4DPLEX. “We continue to expand our innovative theatre formats to give audiences worldwide experiences that are unlike anything available in theatres today.”

“After launching Malaysia’s first 4DX auditorium at GSC Paradigm JB, we are excited to once again bring an all-new offering to movie-goers with ScreenX,” said Koh Mei Lee, Chief Executive Officer, Golden Screen Cinemas. “This new technology is a reaffirmation of our commitment to innovation and we are confident that audiences will be even more engaged and immersed at the movies, thanks to this technology’s capabilities to deliver visually-stunning cinema experiences.”

ScreenX is the world’s first multi-projection theatre technology that allows a 270-degree panoramic movie watching experience. ScreenX allows the audience to go beyond the frame of the traditional movie screen, utilizing a proprietary system to expand the center screen image to the side walls, surrounding audiences with imagery that gives a sense of being inside the movie.

To date, 4DX is installed in 589 auditoriums in over 61 countries, and is projected to reach a total of 600 auditoriums by the end of the year.

Golden Screen Cinemas Sdn Bhd (GSC), Malaysia’s largest cinema exhibitor, is a wholly-owned subsidiary of the PPB Group (a member of the Kuok Group). GSC operates a total of 433 screens in 50 locations across Malaysia and Vietnam, with 344 screens in 36 locations in Malaysia, and 89 screens in 14 locations in Vietnam through a partnership with Galaxy Studio.

Aspiring to be a regional cinema and content operator that is recognized for providing total quality movie entertainment, GSC offers THX-certified halls and the multi-dimensional Dolby Atmos® audio surround technology across Malaysia. The 21-screen GSC Mid Valley Megamall holds the record of being the largest multiplex in Southeast Asia, while GSC Paradigm JB houses the largest GSC MAXX screen in Malaysia.

CJ 4DPLEX is a leading, next-generation cinema technology company, headquartered in Seoul with international offices in Los Angeles and Beijing. The company has created immersive film technologies for theaters worldwide that include ‘4DX’, ‘ScreenX’ and ‘4DX with ScreenX’ for consumers to experience films in ways that were never before possible.

4DX provides moviegoers with an immersive, multi-sensory experience, allowing the audience to connect with movies through motion, vibration, water, wind, snow, lightning, scents, and other special effects that enhance the visuals on-screen. Each 4DX auditorium incorporates motion-based seating synchronized with more than 20 different effects and optimized by a team of skilled editors, maximizing the feeling of immersion within the movie, beyond the limits of audio and video. More than 570 Hollywood and local titles have been screened in 4DX. To date, more than 68,000 4DX seats operate in 589 auditoriums, spanning 61 countries.

ScreenX is the world’s first multi-projection theater technology used within a theatre setting, marking it as the most visually immersive theater experience of CJ 4DPLEX. ScreenX allows moviegoers to go beyond the frame of the movie screen by utilizing a proprietary system that expands images of feature films and pre-show advertising to the left and right walls of the theatre, creating an immersive, panoramic, 270-degree viewing experience. To date, ScreenX has been installed in 185 screens around the world, including 85 screens in South Korea; 61 screens in China; 11 in the United States; 6 in England; 4 in Turkey; 4 in Japan; 3 in Switzerland; 2 in France; 2 in Vietnam and 1 in Spain, Hungary, UAE, Kuwait, Thailand, Indonesia, and Israel.