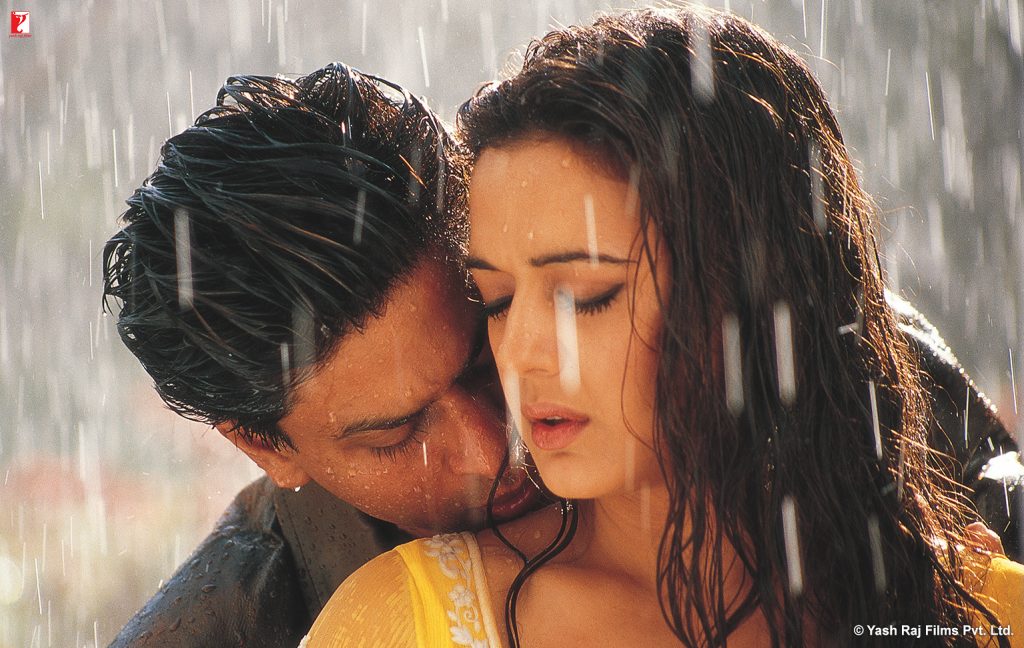 Fathom Events announced plans today to bring a “Best of Bollywood Event Series” to U.S. movie theaters beginning in July. This will be the first-ever Bollywood classic film series presented in North American cinemas and will include titles from leading Indian film studios Eros International and Yash Raj Films. Attendees will experience these colorful and energetic productions – featuring high-quality cinematography, vibrant costuming, extravagant dance numbers and more – on the big screen, along with exclusive bonus content.

The series will kick off with “Devdas,” from Eros International, starring Shah Rukh Khan, Madhuri Dixit and Aishwarya Rai Bachchan, with an exclusive talent introduction to be announced soon.

Additionally, from Yash Raj Films, the legendary title “Veer-Zaara,” starring Shah Rukh Khan, Preity Zinta and Rani Mukerji, will be a part of this year’s series.

Event and ticketing dates for the “Best of Bollywood Event Series” will be announced this spring. Tickets and participating theater locations will be available online at www.FathomEvents.com.

“For years Fathom has successfully created a series of classic movie events, while simultaneously monitoring the growth of Indian feature films here in the U.S.,” said Fathom Events Vice President of Studio Relations Tom Lucas. “We are thrilled to be partnering with two of the most prestigious studios in this space to introduce a new and exciting ‘Best of Bollywood Event Series’ to the world of event cinema.”

“Eros International is very proud to partner with Fathom Events to bring the ‘Best of Bollywood Event Series’ to the silver screen,” said Ken Naz, President of Americas Operations, Eros International. “We look forward to showcasing some of the 3,000+ great Bollywood classics in our library, starting with ‘Devdas,’ throughout the country on the big screen – the way they were meant to be seen.”

“YRF has been showered with a lot of love by fans of Bollywood for over four decades, we’re humbled that every one of these fans has a special connection and relationship with the films we make and are we’re not just a faceless corporation for them – it really is a rather personal relationship,” said Vaibhav Rajput, Head of Operations – The Americas, Yash Raj Films. “We feel immense pride having achieved this special place in the hearts of the people that really matter – the fans. Consequently, it’s always been our endeavor to reach out to as many fans of Indian cinema as possible and reciprocate the love through our films. This partnership with Fathom Events is yet another step in this direction by bringing one of Mr. Chopra’s personal favorites, ‘Veer Zaara’ to the ‘Best of Bollywood Event Series’ in North America and say ‘thank you’ to the fans.”

Fathom Events is recognized as the leading domestic distributor of event cinema with participating affiliate theaters in all 100 of the top Designated Market Areas®, and ranks as one of the largest overall distributors of content to movie theaters. Owned by AMC Entertainment Inc. (NYSE: AMC), Cinemark Holdings, Inc. (NYSE: CNK) and Regal Entertainment Group (NYSE: RGC) (known collectively as AC JV, LLC), Fathom Events offers a variety of one-of-a-kind entertainment events such as live, high-definition performances of the Metropolitan Opera, dance and theatre productions like the Bolshoi Ballet and National Theatre Live, sporting events like Copa America Centenario, concerts with artists like Michael Bublé, Rush and Mötley Crüe, the yearlong TCM Big Screen Classics film series and inspirational events such as To Joey With Love and Kirk Cameron’s Revive US. Fathom Events takes audiences behind the scenes and offers unique extras including audience Q&As, backstage footage and interviews with cast and crew, creating the ultimate VIP experience. Fathom Events’ live digital broadcast network (“DBN”) is the largest cinema broadcast network in North America, bringing live and pre-recorded events to 896 locations and 1,383 screens in 181 DMAs. For more information, visit www.fathomevents.com.

About Eros International
Eros International Plc (NYSE: EROS) is a leading global company in the Indian film entertainment industry that acquires, co-produces and distributes Indian films across all available formats such as cinema, television and digital new media. Eros International Plc became the first Indian media company to list on the New York Stock Exchange. Eros International has experience of over three decades in establishing a global platform for Indian cinema. The Company has an extensive and growing movie library comprising of over 3,000 films, which include Hindi, Tamil, and other regional language films for home entertainment distribution. The Company also owns the rapidly growing OTT platform Eros Now. In 2015, 3 out of the top 4 box office films and 7 out of the top 15 box office films were from Eros. For further information, please visit: www.erosplc.com.

YRF was founded by the Late Yash Chopra, a veteran of the Indian film industry, in 1970. It’s the only privately held and fully integrated studio in India. YRF is a 46-year-strong production house and a vertically integrated studio in every sense, controlling almost every part of the value chain from production to post production, domestic & international distribution, music & home entertainment, marketing, design, digital, licensing, merchandising, talent management, brand partnerships, music studios and film studios – all in-house facilities, which make it one of the most coveted entertainment conglomerates in the country and puts it in a league of its own.