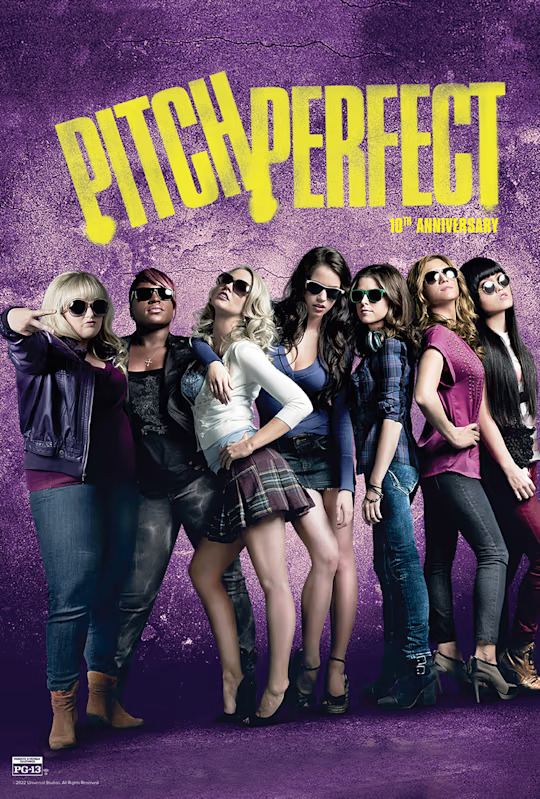 Get out your cups and get ready for an exclusive, two-day celebration of the 10th Anniversary of 2012’s global smash hit, “Pitch Perfect.” Directed by Jason Moore, the film launched a cappella music into the cultural mainstream, skyrocketed the careers of its stars and became a global phenomenon, igniting a franchise that has earned almost $600 million worldwide. This special Fathom Events presentation will also include special footage, never-seen-before on the big screen.

Arriving at her new college, Beca (Anna Kendrick) finds herself not right for any clique but somehow is muscled into one that she never would have picked on her own: alongside mean girls, sweet girls and weird girls whose only thing in common is how good they sound when they sing together. When Beca leads this a cappella singing group out of their traditional arrangements and perfect harmonies into all-new mashups, they fight to climb their way to the top of college music competitions.

Tickets to “Pitch Perfect 10th Anniversary” can be purchased online at Fathom Events or at participating theater box offices.