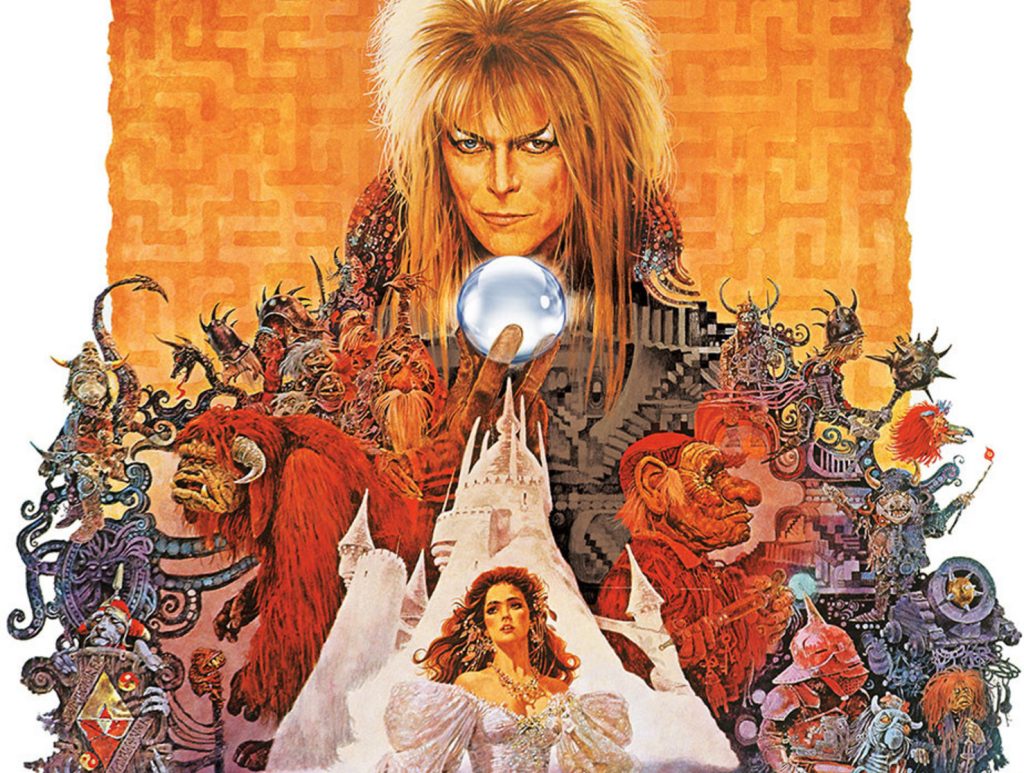 The Spectacular, Music-Filled Cinematic Epic Will Be Presented on April 29, May 1 and May 2 Only

Movie lovers will journey into Jim Henson’s magical “Labyrinth” this spring when the 1986 fantasy-adventure returns to the big screen for three days only as a nationwide fan celebration from Fathom Events, The Jim Henson Company and Sony Pictures Entertainment. Audiences are encouraged to attend the screenings in costume (in accordance with theater costume policies) to celebrate the nostalgia and legacy of this beloved film.

Starring David Bowie as Jareth, the Goblin King, and Jennifer Connelly as Sarah, who must rescue her baby brother by finding her way through the massive maze of the title, “Labyrinth” will play in movie theaters nationwide at 2:00 p.m. and 7:00 p.m. on Sunday, April 29; and at 7:00 p.m. on Tuesday, May 1, and Wednesday, May 2 (all local times).

All presentations of the film will include introductions by Brian Henson and Jennifer Connelly, captured exclusively for Fathom Events. In addition, audiences will enjoy a special theatrical screening excerpt from the award-winning fantasy series “The Storyteller.” Brian Henson will discuss the episode “Soldier and Death,” also directed by Jim Henson, and the special effects techniques that were a hallmark of “Labyrinth,” “The Storyteller,” and Jim Henson’s legacy.

Tickets for “Labyrinth” can be purchased online at www.FathomEvents.com or at participating theater box offices. Fans throughout the U.S. will be able to enjoy the event in more than 400 select movie theaters. A complete list of theater locations is available on the Fathom Events website (theaters and participants are subject to change).

Directed by Jim Henson, “Labyrinth” was produced by “Star Wars” creator George Lucas and presented by Lucasfilm Ltd. The film’s screenplay is by Terry Jones of “Monty Python” fame, from a story by Henson and Dennis Lee. Brian Froud served as the conceptual designer of the groundbreaking fantasy, with music by Trevor Jones and songs by David Bowie.

“‘Labyrinth’ is one of the most frequently requested titles, and has an enormous fan base,” said Tom Lucas, Fathom Events Vice President of Studio Relations. “It’s a film with great appeal to a huge audience – and also a cinematic experience that can be enjoyed over and over, always revealing more surprises. We couldn’t be happier to share it with moviegoers again.”

About Fathom Events
Fathom Events is the leading event cinema distributor with participating theaters in all 100 of the top Designated Market Areas, and ranks as one of the largest overall distributors of content to movie theaters. Owned by AMC Entertainment Inc. (NYSE: AMC), Cinemark Holdings, Inc. (NYSE: CNK) and Regal Entertainment Group (NYSE: RGC) (known collectively as AC JV, LLC), Fathom Events offers a variety of one-of-a-kind entertainment events in theaters such as live performances of the Metropolitan Opera, top stage productions including “Newsies! The Broadway Musical” and George Takei’s “Allegiance,” major sporting events such as Mayweather vs. McGregor, epic concerts with artists like Grateful Dead and Dixie Chicks, the yearlong TCM Big Screen Classics series, inspirational events such as Steve McQueen: American Icon and In Our Hands, and beloved anime titles like “Princess Mononoke” and “Spirited Away.” Fathom Events takes audiences behind the scenes for unique extras including audience Q&As, backstage footage and interviews with cast and crew, creating the ultimate VIP experience. Fathom Events’ live digital broadcast network (“DBN”) is the largest cinema broadcast network in North America, bringing live and pre-recorded events to 897 locations and 1,387 screens in 181 DMAs. For more information, visit www.fathomevents.com.

About The Jim Henson Company
The Jim Henson Company has remained an established leader in family entertainment for over 60 years and is recognized worldwide as an innovator in puppetry, animatronics and digital animation. Best known as creators of the world-famous Muppets, Henson has received over 50 Emmy Awards, two Academy Awards and nine Grammy Awards. The Company is currently in production on the feature film “The Happytime Murders,” starring Melissa McCarthy, and the upcoming Netflix original series “The Dark Crystal: Age of Resistance.” Recent credits include “Julie’s Greenroom” (Netflix), “Dot.” (Sprout/Hulu), “Splash and Bubbles” (PBS), “Word Party” (Netflix), “Doozers” (Hulu/ Sprout), and the Emmy-nominated “Sid the Science Kid” (PBS), and “Dinosaur Train” (PBS). Television productions include “Fraggle Rock,” “The Storyteller” and the sci-fi cult series “Farscape.” Features include “The Dark Crystal,” “Labyrinth,” and “MirrorMask.” Projects in development include the highly anticipated film “Fraggle Rock.”

The Jim Henson Company is headquartered in Los Angeles on the historic Charlie Chaplin lot with additional locations in New York and London. The Company is home to Jim Henson’s Creature Shop, a pre-eminent character-building, and visual effects group, as well as Henson Recording Studios, one of the music industry’s top recording facilities.