“Elvis: That’s The Way It Is”: Cinema Release Re-scheduled for 13 August in Selected Territories for One Night Only 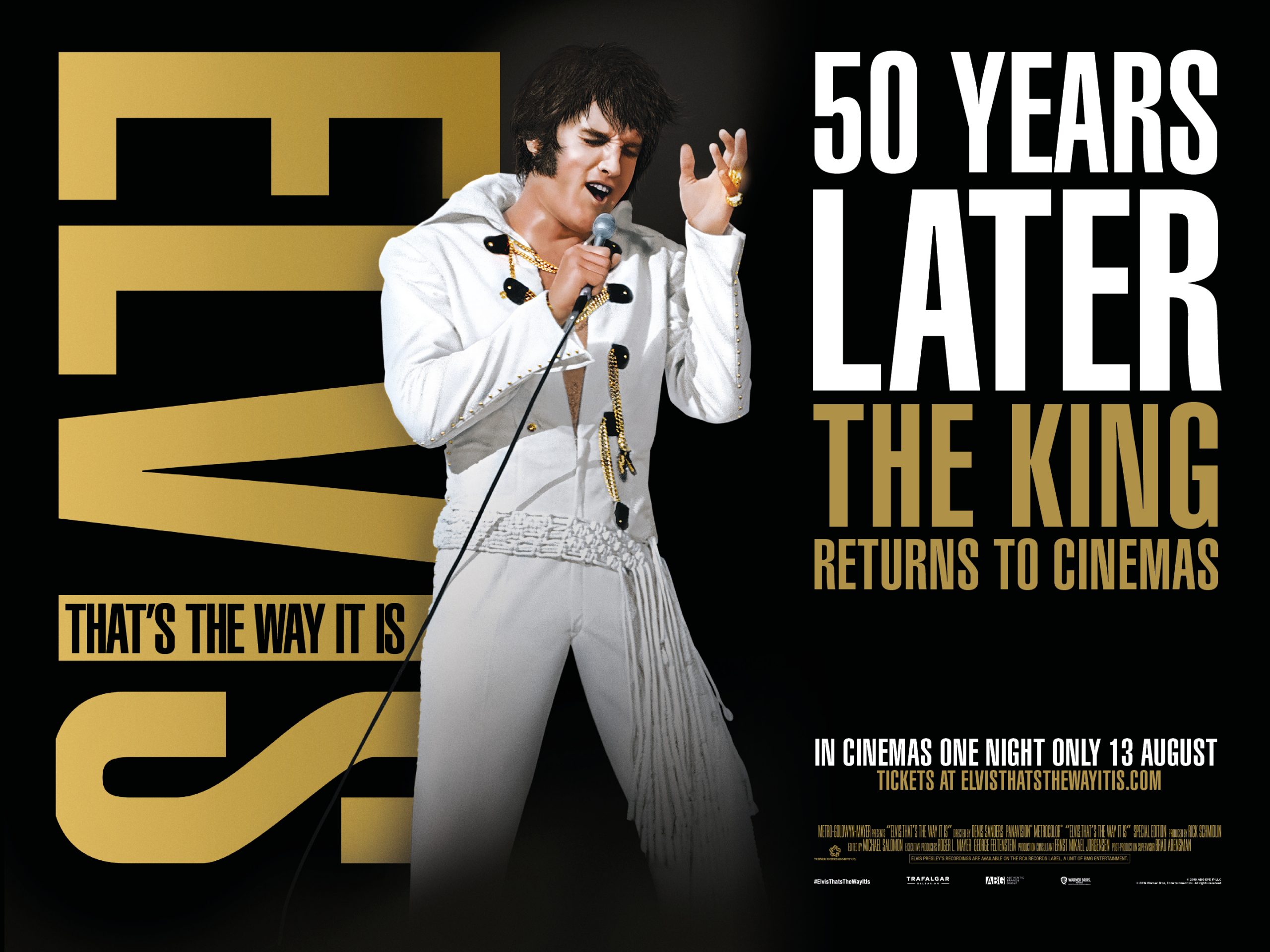 London, UK (March 27, 2020) – Due to the current COVID-19 situation around the world, Trafalgar Releasing today announced the re-scheduled release date for “Elvis: That’s The Way It Is”, on 13 August 2020 in cinemas in selected territories around the world* for a one-night only.

Tickets will be on sale in due course from your local cinemas. Sign up to find out when tickets are on sale at ElvisThatsTheWayItIs.com. To rearrange previously booked tickets, please contact your local cinema box office directly.

To celebrate 85 years of Elvis Presley and 50 years since the film’s original 1970 release, the King returns to cinemas – remastered – with “Elvis: That’s The Way It Is”, an unmissable event for fans around the world.

On July 31, 1969, in Las Vegas, Nevada, Elvis Presley staged a triumphant return to the concert stage from which he had been absent for almost a decade. His series of concerts broke all box office records and completely reenergised the career of the King of Rock & Roll.

This feature-length documentary and concert film features performances including Love Me Tender, Blue Suede Shoes, Heartbreak Hotel and Suspicious Minds. Crossing the footlights, revealing the legendary singer as a man preparing for an emotional career comeback, the fans who travelled from all over the world for this history-making event…. and the electrifying live performance of the man who gave us rock & roll.