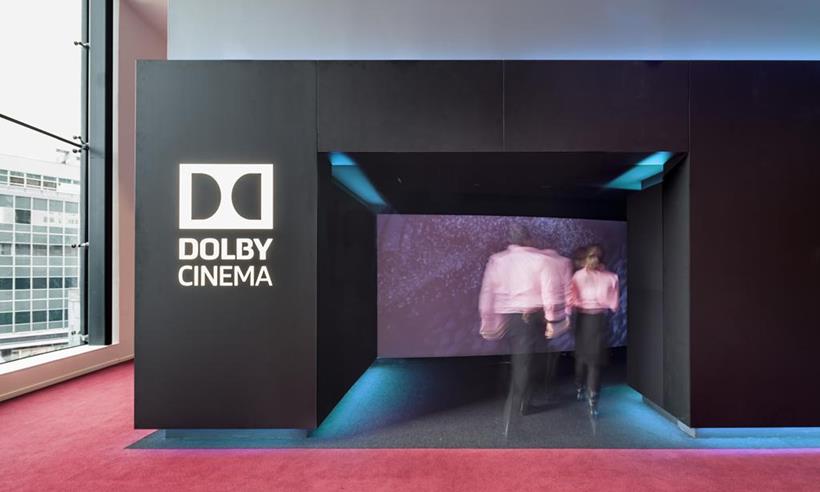 Dolby Laboratories, Inc. and Odeon Cinemas Group, an AMC Entertainment Company, have entered into an agreement for the first deployment of Dolby Cinema in the United Kingdom. The rollout will see seven Dolby Cinema sites open nationwide over the next several years.

Odeon Cinemas Group is the first company to introduce the full Dolby Cinema experience to the UK, building on the popularity of Dolby Atmos technology that has been so successfully deployed at movie theatres in the UK in recent years.

The deployment of Dolby Cinemas in the UK is a key element of Odeon Cinemas Group’s strategy to transform the cinema experience for guests across Europe by installing state of the art sound and projection technology, thousands of luxury recliner seats, new Oscar’s bars, and innovative food and beverage counters.

As Dolby’s most advanced cinema offering, Dolby Cinema enables richer and more action-packed storytelling through Dolby Vision and Dolby Atmos. The combination of Dolbytechnologies with the design and comfort of the Dolby Cinema makes audiences feel closer to the onscreen action than ever before.

The Dolby Vision laser projection system, which uses state-of-the-art optics and image processing, delivers high dynamic range with enhanced color technology and a contrast ratio that far exceeds that of any other image technology on the market today. The result is a dramatically different viewing experience that presents strikingly vivid and realistic images, making viewers feel like they are inside the movie’s world. The Dolby Atmos immersive audio technology moves sound around the audience, placing the movie-goers deeper inside the film’s setting and creating a powerfully moving experience.

Mark Way, Managing Director of Odeon Cinemas Group said, “This is a game changer in the UK, and our guests are going to love the stunning quality of Dolby Cinema. We’re very excited to be partnering with Dolby to be the first cinemas to offer this experience in seven Odeon cinemas across the country.”

“Our partnership with Odeon marks a significant milestone as we strive to extend spectacular Dolby experiences to movie-goers in the UK and around the world,”  said Doug Darrow, Senior Vice President, Cinema Business Group, Dolby Laboratories. “Dolby’s long-term commitment is to support the cinema industry through quality and innovation around the globe.”

Dolby Laboratories (NYSE:DLB) is based in San Francisco with offices in over 20 countries around the globe. Dolby transforms the science of sight and sound into spectacular experiences. Through innovative research and engineering, we create breakthrough experiences for billions of people worldwide through a collaborative ecosystem spanning artists, businesses, and consumers. The experiences people have – in Dolby Vision, Dolby Atmos, Dolby Cinema, Dolby Voice, and Dolby Audio – revolutionize entertainment and communications at the cinema, on the go, in the home, and at work.

As an AMC company, ODEON Cinemas Group is part of the largest movie exhibition company in the world with over 1,000 theatres and 11,000 screens across the globe.

In Europe, ODEON Cinemas Group welcomes over 115 million guests each year to enjoy great hospitality while watching the latest films and entertainment in more than 360 cinemas and 2,900 screens. ODEON’s wide range of premium large format screens includes iSense, Scape, IMAX, and Dolby offering the best in sight and sound. ODEON is proud to be at the forefront of innovation by investing in fully reclining seats and offering a wide selection of food and beverage choices to create the ultimate guest experience.

Dolby, Dolby Atmos, Dolby Audio, Dolby Cinema, Dolby Vision, Dolby Voice, and the double-D symbol are among the registered and unregistered trademarks of Dolby Laboratories, Inc. in the United States and/or other countries. All other trademarks remain the property of their respective owners. DLB-G