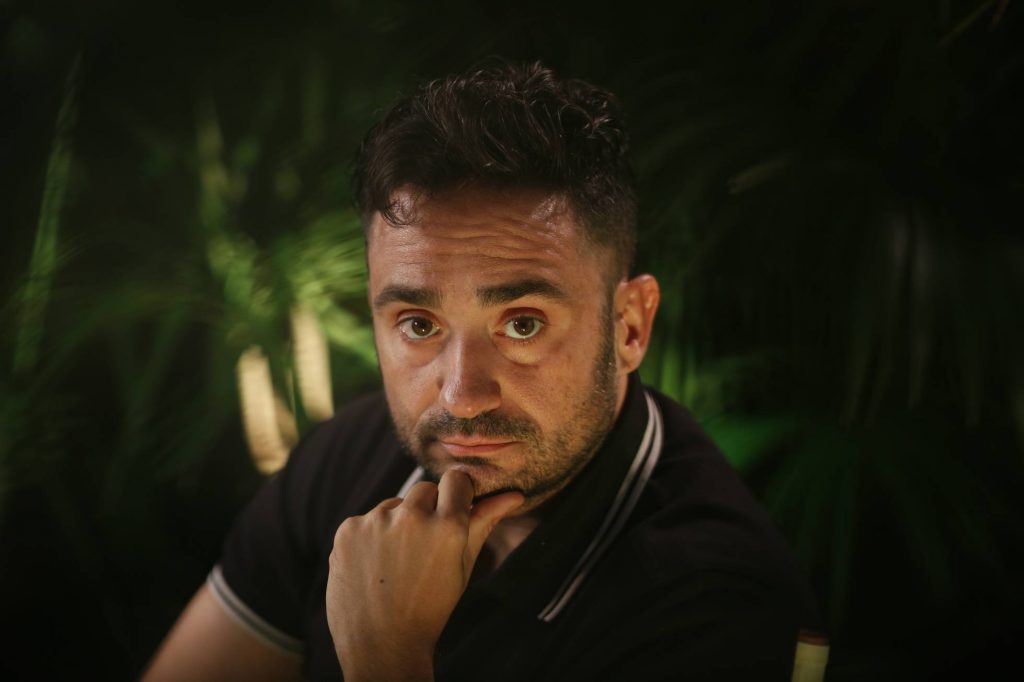 J.A. Bayona, the director of Universal Pictures and Amblin Entertainment’s upcoming “Jurassic World: Fallen Kingdom,” will receive the “CinemaCon  International Filmmaker of the Year Award,” it was announced today by Mitch Neuhauser, Managing Director of CinemaCon. CinemaCon, the official convention of The National Association of Theatre Owners (NATO), will be held April 23 – 26, 2018 at Caesars Palace in Las Vegas. Bayona will be presented with this award during the International Day Luncheon on Monday, April 23.

“From the moment J.A. Bayona’s films debuted on the big screen there was no doubt that his work would excite, entertain and engage audiences around the world,” noted Neuhauser. “With the upcoming  “Jurassic World: Fallen Kingdom,” Bayona’s work is sure to captivate new audiences around the globe—as he brings his signature touch to what has been one of the biggest franchises of all time.”

This summer, Bayona brings his direction to one of the most popular and successful series in cinema history with an all-new motion-picture event that sees the return of favorite characters and dinosaurs – along with new breeds more awe-inspiring and terrifying than ever before in “Jurassic World: Fallen Kingdom.”

It’s been four year since theme park and luxury resort Jurassic World was destroyed by dinosaurs out of containment. Isla Nublar now sits abandoned by humans while the surviving dinosaurs fend for themselves in the jungles.

When the island’s dormant volcano begins roaring to life, Owen (Chris Pratt) and Claire (Bryce Dallas Howard) mount a campaign to rescue the remaining dinosaurs from this extinction-level event. Owen is driven to find Blue, his lead raptor who’s still missing in the wild, and Claire has grown a respect for these creatures she now makes this her mission. Arriving on the unstable island as lava begins raining down, their expedition uncovers a conspiracy that could return our entire planet to a perilous order not seen since prehistoric times.

The epic action-adventure is written by “Jurassic World” director Colin Trevorrow and its co-writer, Derek Connolly. Producers Frank Marshall and Pat Crowley once again partner with Steven Spielberg and Trevorrow in leading the filmmakers for this stunning installment.  Belén Atienza joins the team as a producer.

Born in Barcelona, Bayona grew up with a passion for film leading him to studying directing,at the Cinema and Audiovisual School of Catalonia (ESCAC). After directing two short films, “My Holidays” and “The Sponge Man,” Bayona met screenwriter Sergio G. Sánchez, whose script “The Orphanage” became Bayona’s first feature film. “The Orphanage” world premiered at the 2007 Cannes International Film Festival—to a 10-minute standing ovation—before it was released nationally in Spain. It achieved the highest four-day box-office of the year and, at the time, the second-highest opening for a Spanish film. The film went on to be nominated for 14 Goya Awards, winning seven, including Best New Director. Bayona followed up “The Orphanage” with “The Impossible,” starring Naomi Watts, Ewan McGregor and Tom Holland, which grossed more than $180 million at the worldwide box office and earned Watts Golden Globe, Screen Actors Guild, and Academy Award—nominations, while also winning five Goya Awards and six Gaudí Awards, including Best Director at both ceremonies. In addition, he directed the first two episodes of the Showtime series “Penny Dreadful” and most recently directed the feature film “A Monster Calls,” which won nine Goya Awards, including Best Director and became the biggest grossing film of the year in Spain.