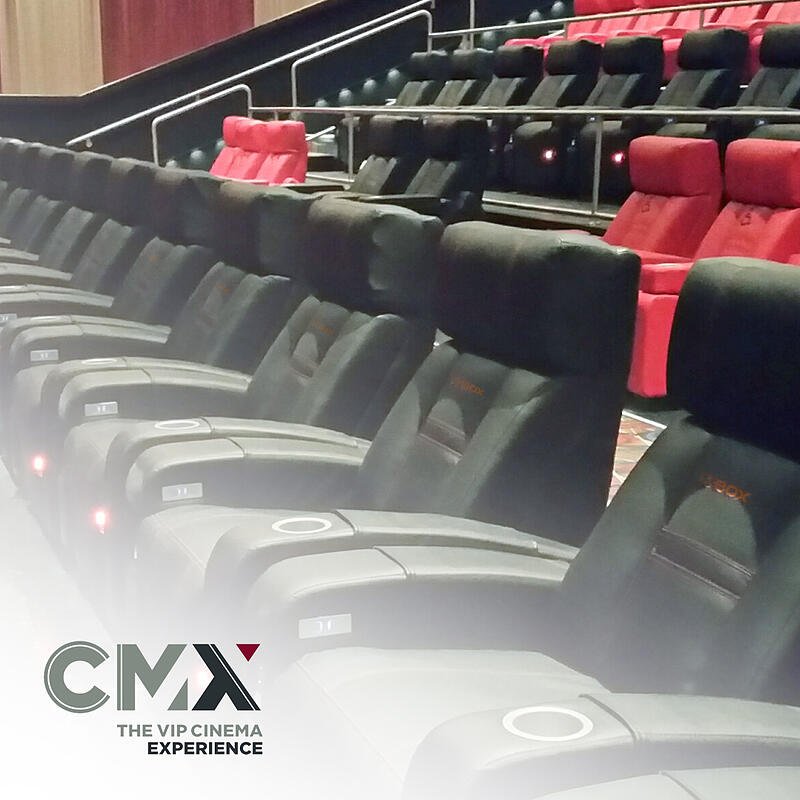 Moviegoers to Benefit from a Premium Theatre Experience in 7 Locations

D-Box is pleased to announce that they have signed an agreement with CMX Cinemas, a highly respected operator of upscale dine-in movie theaters located across the United States. This agreement will allow D-Box haptic seats to become available at five new locations and includes the renovation of two existing locations by the end of 2023. This will bring the total number of D-Box haptic seats in CMX Cinemas to nearly 500 and will drive the total number of D-Box screens up to 15.

With these luxurious haptic recliners, D-Box uses haptic technology to move people beyond sight and sound by connecting content and body. This lets moviegoers fully live the emotions imagined by studio creators so that they can dive deeper into the movies! It also makes emotions resonate more deeply, elevating the movie-watching experience to an entirely new level.

“We are really excited to build on our growing relationship with CMX Cinemas and to offer their moviegoers an unprecedented opportunity to enjoy the latest blockbusters in an entirely innovative way,” declared Sébastien Mailhot, President and CEO of D-Box. “CMX Cinemas is a great partner, and I want to take this opportunity to thank them for their confidence in our innovative and immersive high-fidelity haptic technology.”

“People are coming back to theaters just as before. Seats are once again filling up, and the thrill of going to the movies is coming back strong with a new slate of upcoming blockbusters. D-Box is creating an immersive and amazing way for fans to experience these movies in our theaters,” stated Javier Ezquerro, COO of CMX Cinemas. “There’s something different about the way you connect with the content and the way you can turn your mind off and just focus on the story when you’re in a theater equipped with D-Box.”

There are over 203,000 cinema screens worldwide. With a loyal and growing fan base in over 40 countries, D-Box will have, with these locations, 784 screens equipped with its proprietary haptic technology all around the world. We believe the penetration of the market is still nascent which provides for more growth opportunities.

About D-Box
D-Box redefines and creates realistic, immersive and haptic entertainment experiences by providing whole-body feedback and stimulating the imagination through movement. Haptics essentially allows for sensations that would be perceived if the body were to interact directly with physical objects. This expertise explains why D-Box has collaborated with some of the world’s best companies to tell captivating stories. Whether it be movies, video games, virtual reality applications, themed entertainment or professional simulators, D-Box’s mission is to make the world live and vibrate like never before. D-Box Technologies Inc. (TSX: DBO) is headquartered in Montreal, Canada with offices in Los Angeles, USA and Beijing, China.