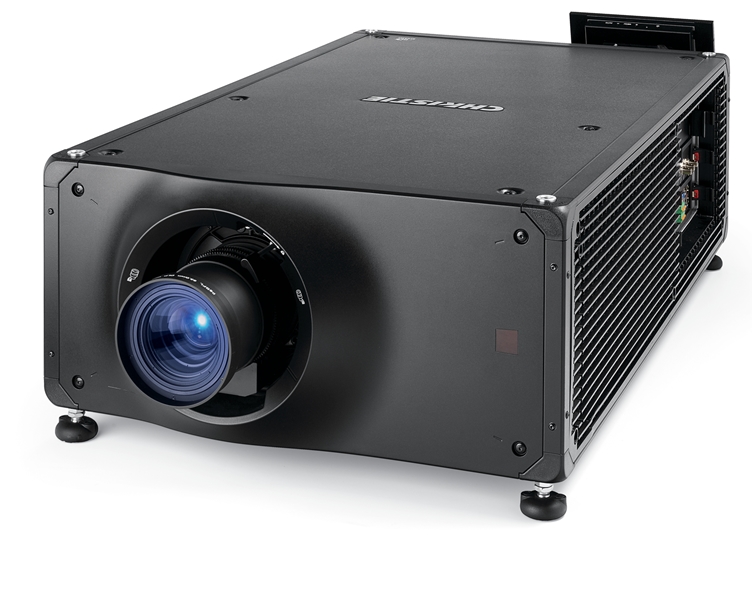 Christie is showcasing its newest addition to the CineLife™ Series – the Christie CP2309-RGB projector featuring RealLaser™ illumination technology at CineEurope 2019 in Barcelona June 17-20. Also debuting is the Christie Vive Audio LA3i loudspeaker and previews of Christie’s CP4450-RGB demonstrating its technology capabilities for the PLF spectrum cinema.

Redesigned with higher performance and a smaller form factor, the Vive Audio LA3i is the cinema industry’s only screen channel speaker with ribbon-drivers and articulated arrays for the richest, most vibrant sound. Christie is also showcasing the LS2C and LA3si surround loudspeakers for a great audio experience.

Delivering over 8500 lumens, and 2000:1 contrast ratio at an attractive price point for smaller theatre owners, the CP2309-RGB, based on the proven CP2315-RGB design, features Christie CineLife™ electronics: Christie’s proprietary all-in-one system for mainstream cinema exhibition. Approaching greater than 95 percent of the Rec. 2020 colour space, the CP2309-RGB gives theatre owners the deepest, richest, most lifelike colours for over 10 years.

The CP2309-RGB’s all-in-one compact design means no external chillers taking up space and a clean, simple installation that saves theatre owners money in both the short and long term. Shipping in the summer of 2019, the CP2309-RGB can reuse existing lenses and accessories from the Christie CP2308, CP2208 and Solaria One platforms.

Attendees at Christie’s Suite D will witness the bright and vibrant visuals of Christie cinema projectors and clean sound of Christie Vive Audio™ in a custom-built, 18-seat theatre located on the Christie booth.

On static display will be the Christie CP4330-RGB projector, which officially launched at CinemaCon. By combining 4K resolution, an expanded colour gamut, and contrast ratios far exceeding the DCI specification, the CP4330-RGB reveals greater depth of detail.

Christie RealLaser projectors offer solid-state illumination for cinema exhibition, providing a much-increased colour palette, approachinggreater than Rec. 2020, along with over 30,000 hours of theatre operation. It is the only laser technology delivering brightness levels above DCI standards throughout its natural life.

About Christie®
Christie Digital Systems USA, Inc. is a global visual and audio technologies company and is a wholly-owned subsidiary of Ushio Inc., Japan, (JP:6925). Consistently setting the standards by being the first to market some of the world’s most advanced projectors and complete system displays, Christie is recognized as one of the most innovative visual technology companies in the world. From retail displays to Hollywood, mission critical command centres to classrooms and training simulators, Christie display solutions and projectors capture the attention of audiences around the world with dynamic and stunning images. Visit www.christiedigital.com for more information.