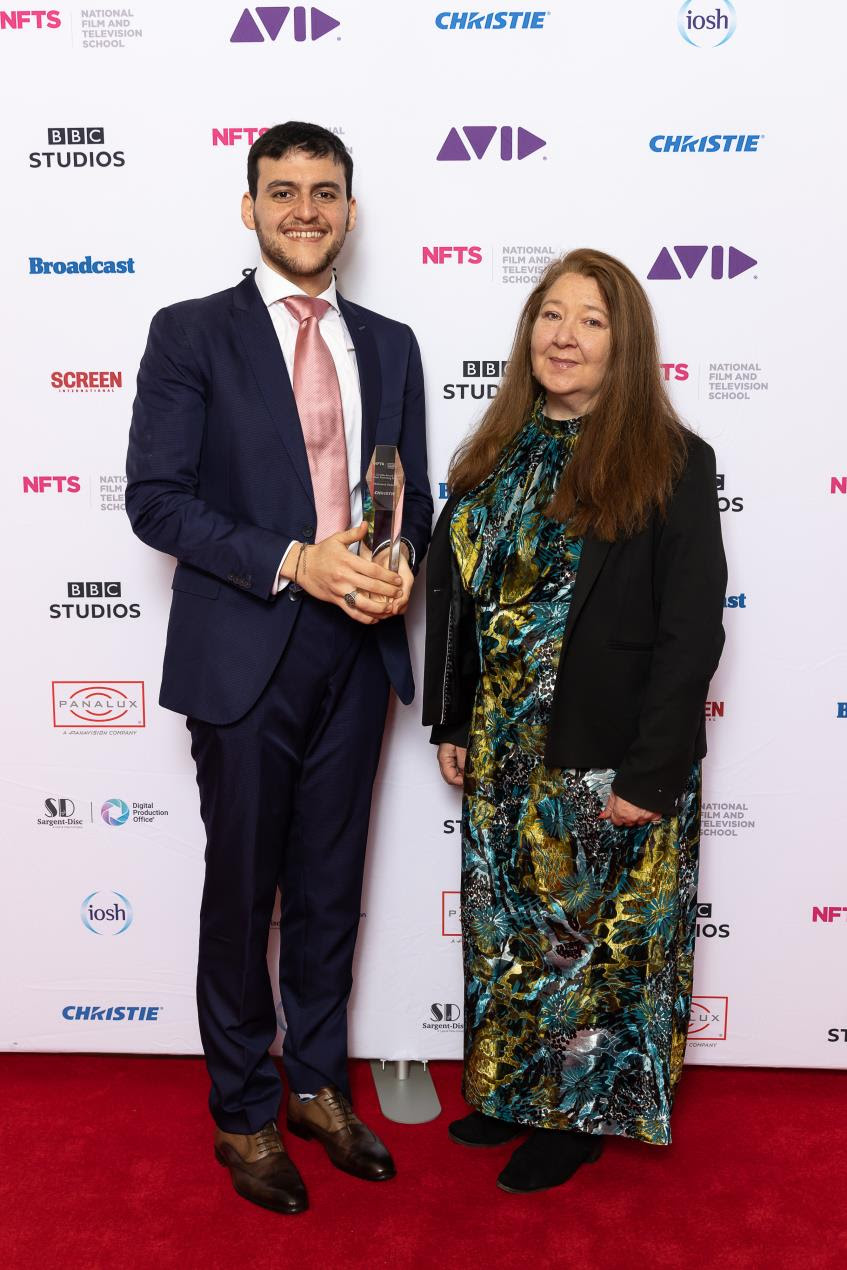 Christie is delighted to announce that it has once again supported the NFTS’s Most Promising Student Award, which was this year won by Mohamed Shalaby of the ‘Directing Documentary’ MA Programme. The annual NFTS Graduate Showcase Screenings took place across four days from Monday 28th February to Thursday 3rd March at the BFI Southbank. This year’s prize-giving and showcase follows on from the BFI’s ‘NFTS at 50’ season which explored the lasting impact of NFTS graduates on British film and television.

2022 marks Christie’s 17th year supporting the NFTS which last year celebrated its 50th Anniversary, and once again secured its place in The Hollywood Reporter’s Top 15 International Film Schools. Recent developments of particular note include the school’s new flagship collaboration with Prime Video – the first streaming service to join as key partner of the School – and the award of its annual Honorary Fellowship to the BBC’s Chief Content Officer, Charlotte Moore. The graduate ceremony is back to its beginning of the year time slot after the COVID induced delays to last year’s ceremony and on presenting the award including a £1000 cash prize and trophy, Head of NFTS Directing Documentary MA, Peter Dale commented:

“Mohamed has been a consistently collegiate, cheerful and popular character during his time at the NFTS. Despite facing a number of personal challenges, he has made a huge contribution to the student body and been exceptionally hardworking. He has shown tremendous courage, determination, commitment and all-round likeability. His graduation film 3 Promises is a remarkable piece of personal filmmaking and I look forward to following his career as he makes his mark on the industry.”

The National Film and Television School (NFTS) is a film, television and games school established in 1971 and has been called by the BBC the “leading centre of excellence for education in film and television programme making”. September 2021 saw the BFI Southbank’s ‘NFTS at 50’ season which featured some of its best-known alumni on stage, presenting and talking about their work including Joanna Hogg, Clio Barnard, Nick Broomfield and Shola Amoo. The centrepiece of the season took place on 12 September with an evening dedicated to legendary cinematographer and double academy award-winner, Sir Roger Deakins.

About Christie
Christie Digital Systems USA, Inc. is a global visual and audio technologies company and a wholly owned subsidiary of Ushio Inc., Japan (JP: 6925). Christie revolutionized the movie industry with the launch of digital cinema projection, and since 1929 has embraced innovation and broken many technology barriers. Our technology, paired with the support of professional services to design, deploy and maintain installations, inspires exceptional experiences. Christie solutions are used around the world, from the largest mega-events to the smallest boardrooms, and include advanced RGB pure laser projection, SDVoE technology, content management, image processing, LED displays, and Christie CounterAct™ far-UVC disinfection solution with patented Care222 technology. Visit www.christiedigital.com.