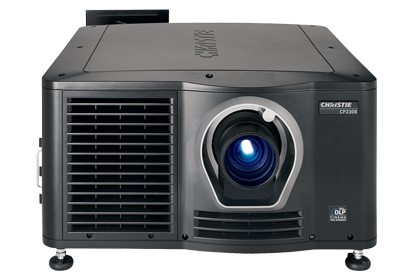 Christie, a leader in creating and sharing the world’s best visual and audio experiences, is introducing the CP2308 projector, a Xenon lamp-based unit that will meet the needs of smaller exhibitors, who have been eagerly awaiting a DCI-compliant, full-featured yet affordable digital-cinema option. The CP2308 has advanced electronics and is simple to operate, boasting many user-friendly features.

Engineered with the operator in mind, the CP2308 has several new, key features, including built-in automation that provides simplified playback, scheduling, and management of cinema content; a large touch panel controller with a newly UX designed intuitive user interface and expansion card support for additional control.

“The CP2308 is capable of projecting 9,000 DCI lumens and boasts the latest Christie electronics platform – the CineLifeTM Series 3 – which will underpin an expanding line of DCI-compliant projectors manufactured, designed and integrated by Christie,” said Allan Fernandes, product manager, Christie.

The unit supports alternative content sources through dual HDMI ports and can be ordered with a Christie Series 3 Integrated Media Block (IMB), as well having backwards-compatibility with third-party Series 2 IMBs.

The CP2308 will be shown at CinemaCon in the Christie booth, with an on-booth demo of the new CineLife Series 3 user interface. Products will ship in June and will be available globally.