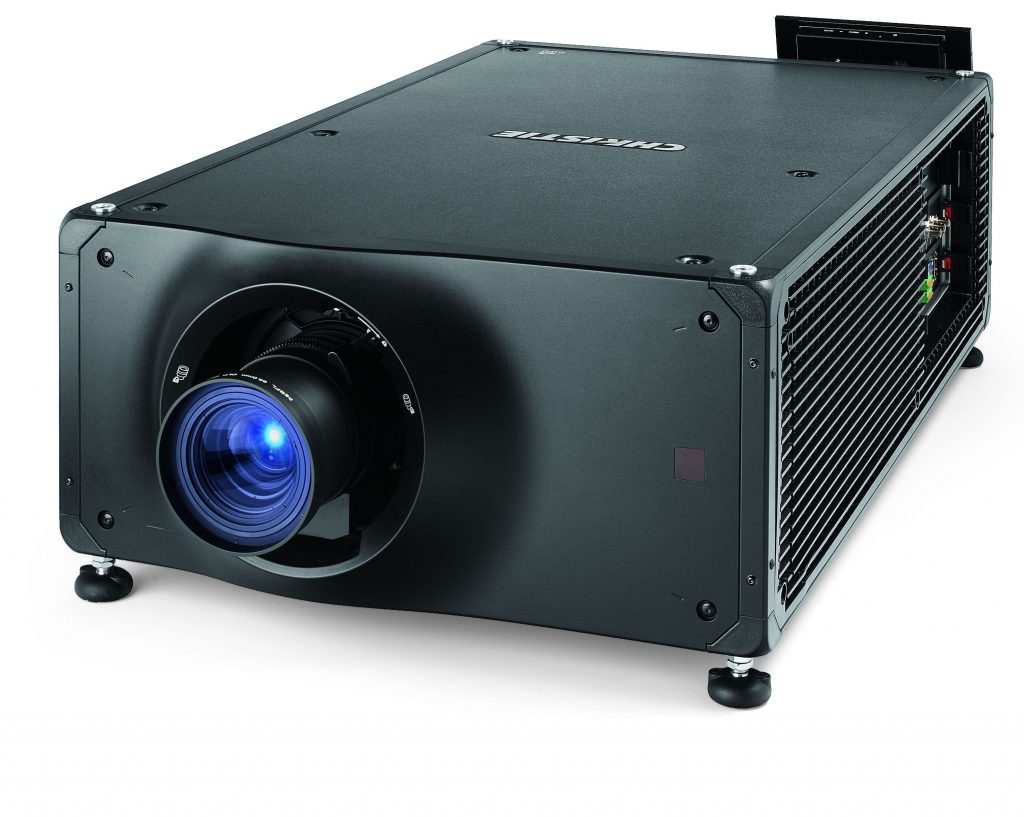 “The new standard for cinema exhibition is affordable RGB pure laser, and with our expanding range of cinema projectors featuring RealLaser illumination technology, it is poised to become the standard for mainstream cinema,” said Lin Yu, vice president, Asia Sales, Cinema, Christie. “With nine decades of knowledge and expertise in projection technologies, Christie is well positioned to help push cinema towards the next era of innovation.”

Peter Chen, Executive Director of Sales, Cinema, Greater China, Christie, added, “We are pleased to see strong interest and adoption of our next-generation RGB pure laser cinema projectors among exhibitors across China and in other parts of the world. This shows exhibitors recognize the advantages bestowed by our exclusive Christie RealLaser illumination platform.”

The booth will have live demonstrations of the Christie CP2315-RGB, a 2K-resolution, 13,500-lumen RGB pure laser projector known for its compact, all-in-one form factor and low cost of ownership. Attendees can witness bright and vibrant visuals of the CP2315-RGB in a custom-built internal theater at the booth with Christie Vive Audio, completing the cinematic experience.

Christie to demo CP4330-RGB to Beijing’s cinema fraternity Christie will also demonstrate the benefits of RealLaser technology to members of the cinema industry in Beijing with a customer event at Beijing CBD Wanda Cinemas. The program includes keynote speeches and presentations by management representatives from Christie, and a live demonstration of the CP4330-RGB.

In North America, more than 1,000 Christie RGB laser cinema projectors are earmarked for installation in auditoriums operated by Cineworld Group, the world’s second largest cinema exhibitor, beginning with rollout to Regal screens in the United States.

About Christie
Christie Digital Systems USA, Inc. is a global visual and audio technologies company and is a wholly- owned subsidiary of Ushio, Inc., Japan, (JP:6925). Consistently setting the standards by being the first to market some of the world’s most advanced projectors and complete system displays, Christie is recognized as one of the most innovative visual technology companies in the world. From retail displays to Hollywood, mission critical command centers to classrooms and training simulators, Christie display solutions and projectors capture the attention of audiences around the world with dynamic and stunning images. Visit www.christiedigital.com.