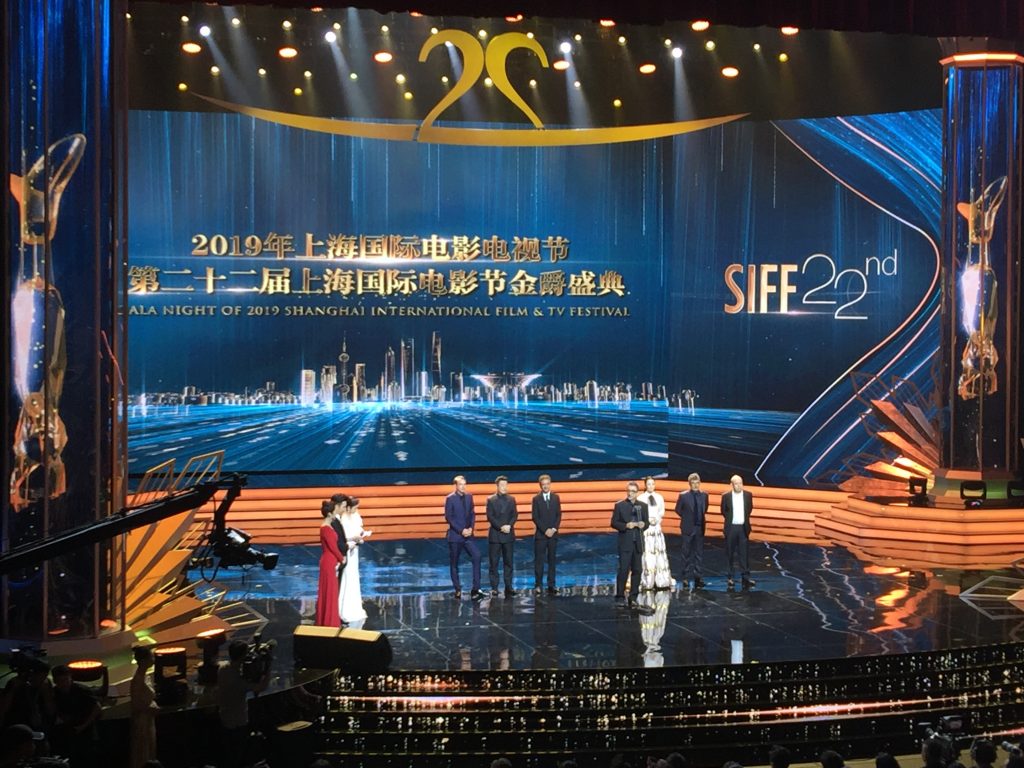 Christie’s strong partnership with the festival enters the 11th year

Christie, a leader in creating and delivering the world’s best visual and audio experiences, is delighted to continue its longstanding partnership with the Shanghai International Film Festival (SIFF) by serving as the event’s exclusive cinema projection partner for the 11th consecutive year.

For the 2019 festival, which runs from June 15-24, Christie supplied the high-performance and dependable Christie CP2230 DLP digital cinema projector to screen both the opening and closing films at the Shanghai Grand Theatre, attended by numerous international filmmakers and celebrities. In addition, the Christie CP2215 DLP digital cinema projector was deployed for adjudication of films nominated for the prestigious Golden Goblet Award for Best Film. A total of 15 films from around the world will vie for this coveted award this year.

“We’re very pleased to serve as the exclusive cinema projection partner of the SIFF for the 11th consecutive year,” said Lin Yu, Vice President, Cinema Sales for Asia, Christie. “This is a clear affirmation of the enduring partnership that Christie has built with the SIFF, which has become one of the largest film festivals in Asia. Over the years, our Solaria Series cinema projectors have been trusted upon to faithfully deliver filmmakers’ vision to their audiences, and this year is no exception. We remain strongly committed to provide visually engaging images on screen that allow movie-goers to enjoy a highly satisfying cinema experience throughout the event.”

Christie’s cinema projection technologies have lit the screens of numerous film festivals around the world, and the company is well-regarded as a trusted partner. Besides the SIFF, Christie is proud to be associated with major film festivals such as the Cannes Film Festival and Toronto International Film Festival, enthralling their audiences with unmatched cinema projection technology, and which brings the creative visions of filmmakers to life on the screen.

Christie to showcase RGB pure laser projectors and Vive Audio at CinemaS
In conjunction with SIFF, Christie is participating in the CinemaS Shanghai International Film Forum and Exhibition, which takes place at the Shanghai World Expo Exhibition and Convention Center from June 19-21.

At booth C001, visitors can partake in scheduled demonstrations of the Christie CP4330-RGB pure laser cinema projector, equipped with CineLife electronics and Christie RealLaser illumination. It features a compact ‘all-in one’ form factor that eliminates the need for sub-ambient external cooling, while providing a low cost of ownership, excelling in image quality and posting an impressive operational lifetime of over 30,000 hours of theater operation without lamp changes.

Complementing the onscreen visuals is the cutting-edge Christie Vive Audio cinema audio solution, which utilizes the superior sound quality of ribbon driver technology, as well as the precise directional performance of line array speaker design and powerful Class D amplification. It is the ideal solution for the accurate reproduction of today’s digital cinema audio formats.

Founded in 1993, the SIFF is the only competitive film festival in China accredited by the Paris-based Fédération Internationale des Associations de Producteurs de Films (FIAPF). Supported by the rapid development of China’s film industry and the construction of Shanghai into an international cultural metropolis, the SIFF focuses on awards, markets, forums and film exhibitions so as to build an international platform, and promote the development of the Chinese film industry.

About Christie
Christie Digital Systems USA, Inc. is a global visual technologies company and is a wholly-owned subsidiary of Ushio, Inc., Japan. Consistently setting the standards by being the first to market some of the world’s most advanced projectors and complete system displays, Christie is recognized as one of the most innovative visual technology companies in the world. From retail displays to Hollywood, mission critical command centers to classrooms and training simulators, Christie display solutions and projectors capture the attention of audiences around the world with dynamic and stunning images, accompanied by awe-inspiring sound. Visit www.christiedigital.com.