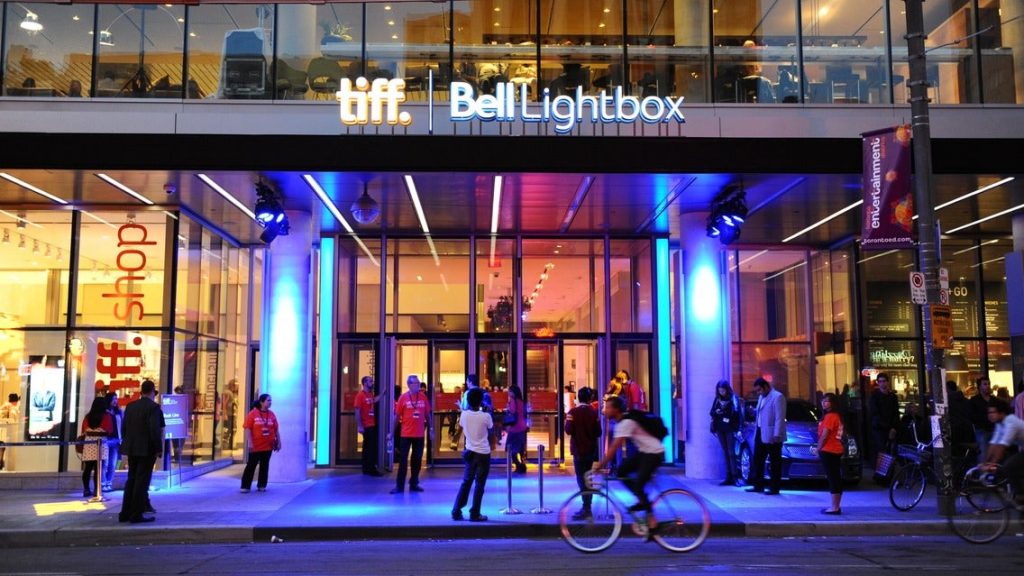 Christie is proud to celebrate its 20th year as the Official Digital Projection Partner of the Toronto International Film Festival (TIFF). Kicking off its 45th year tomorrow, and running until September 19, the Festival will screen 50 new films across venues adapted to the global pandemic, including a drive-in theater, an open-air cinema, and indoor venues tailored for public safety.

While this year’s Festival will look different from previous iterations, including the number of venues and films that will be screened, the inspiration of the Festival remains unchanged: to bring the very best in film to the broadest possible audience.

For the first time TIFF will screen films at an outdoor location set up as a drive-in. Ontario Place, which recently hosted the successful Lavazza Drive-In Film Festival, will be home to outdoor screenings this year as part of the Festival. Audiences will be able to enjoy films on a massive 60-foot by 30-foot screen, lit up by a Christie CP4440-RGB pure laser cinema projector. Indoor screening will take place at the TIFF Bell Lightbox, using Christie Solaria Series digital cinema projectors.

“This year represents a bold evolution for TIFF,” says Diane Cappelletto, Director, Technical Production Services, Toronto International Film Festival. “It has not been without its challenges and we are here today thanks to the support from our industry partners, like Christie. We are grateful for the past 20 years and look forward to the future.”

Festival highlights include the opening night feature “David Byrne’s American Utopia” directed by Spike Lee, “Nomadland” starring Frances McDormand, directed by Chloé Zhao, and Mira Nair’s “A Suitable Boy”, to close the Festival. This year’s films are a diverse selection of voices from around the globe, representing TIFF’s commitment to normalizing gender parity and racial equality.

“We could not be prouder to support TIFF in bringing films to audiences, this year more than ever,” says Arlonna Seymour, senior director, Corporate Marketing, Christie. “In our twenty-year history with TIFF, we’ve seen cinema evolve from film to digital, and now to RGB pure laser. And whether we’re watching films in a theater or from our car at the drive-in, we’re excited to help bring people together again, safely, and put the best possible images on screens for audiences to enjoy.”