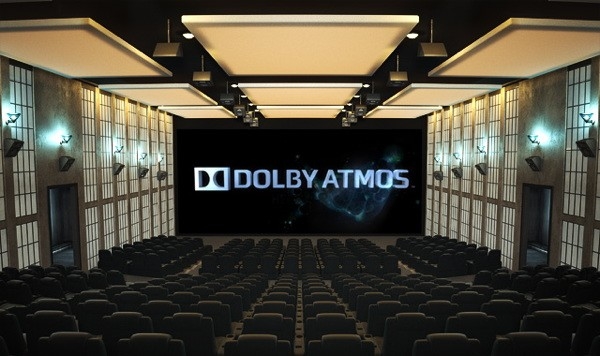 This milestone demonstrates the growing momentum and indepth collaboration of the two companies in China’s cinema market. The continuous commitment from CGS to offer moviegoers in China powerful and immersive audio experience with Dolby Atmos, dramatically elevated the experience advantage of Premium Large Format (PLF) screens.

China Film Giant Screen one of the world-leading PLF brands with superb immersive moviegoing experience solutions. There are over 300 CGS theaters in Chinese mainland to date, located among 140 cities, it has also been completed in Hong Kong, the United States and southeast Asia.The development of CGS not only promote the quality of Chinese film projection, but also bring strong impetus to the development of Chinese film industry.

A leap forward from surround sound, Dolby Atmos transports you into the story with moving audio that fills the cinema and flows all around you — even overhead — to deliver the premier sound of entertainment. You’ll feel like you’re inside the action as the sounds of people, places, things, and music come alive with breathtaking realism and move throughout the space.

“In the development of CGS, we continue to involve innovations in our product upgrades. The audiovisual experience and our brand have been recognized by the mass moviegoers,” said Jimmy Chen, Chief Executive Officer, China Film Giant Screen. “We introduce world-leading technologies to constantly create more immersive moviegoing experiences that allow audiences to truly go inside the story. Now, there are more than 230 CGS screens opened with Dolby Atmos in China. We look forward to bringing the CGS experience with Dolby Atmos to more consumers in the future.”

Dolby is committed to offer customized services to exhibitors in support of their deployment of Dolby Atmos. Especially, the company has designed tailor-made services for CGS to deliver the best Dolby Atmos experience possible.

“The rapid adoption of Dolby Atmos in China is an important milestone for Dolby Atmos and our cinema business,” said Michael Archer,Vice President, Worldwide Cinema Sales, Dolby Laboratories. “China is an important market to Dolby. CGS represents the strong commitment from China’s cinema industry to deliver premium moviegoing experiences. We are excited to share the same vision and support our Chinese partners to achieve their goal with Dolby Atmos, the premium cinema sound experience.”

Dolby Atmos was first introduced in the cinema industry in 2012. So far, more than 3,200 Dolby Atmos screens have been installed globally, including 1,200 in China. More than 150 mixing facilities worldwide have Dolby Atmos capablity. More than 880 movies are released or announced to be released with Dolby Atmos around the world.