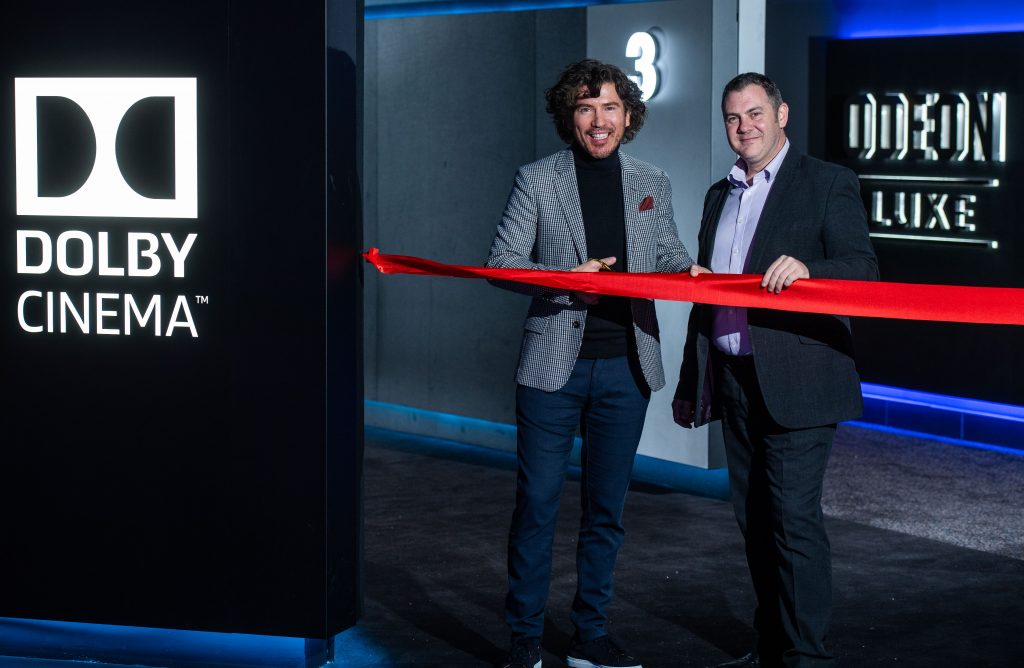 Audiences are transported into a movie with breath-takingly realistic, moving audio that fills the room and flows all around you, putting audiences at the centre of a story through lifelike depth, detail, and clarity with Dolby Atmos. Dolby Vision brings a story alive, delivering a dramatically visual experience with astonishing brightness, incomparable contrast, and captivating colour unlike other cinema experiences.

ODEON Luxe Birmingham Broadway Plaza is the latest and final instalment this year and will open in time to feature hotly anticipated films “Frozen 2” and “Star Wars: The Rise of Skywalker”. Stay tuned for a further three Dolby Cinema locations to open in the UK at ODEON cinemas, following the commitment the firms made in 2018.

Julian Stanford, Senior Director Dolby Cinema Europe, said: “Opening four Dolby Cinemas in the last 12 months and at flagship locations is a testament to the ODEON and Dolby teams working hard to deliver film fans a next generation of cinematic experience. By combining the most powerful image and sound technologies with inspired design, we are bringing more and more film fans closer to the action in the UK and beyond.”