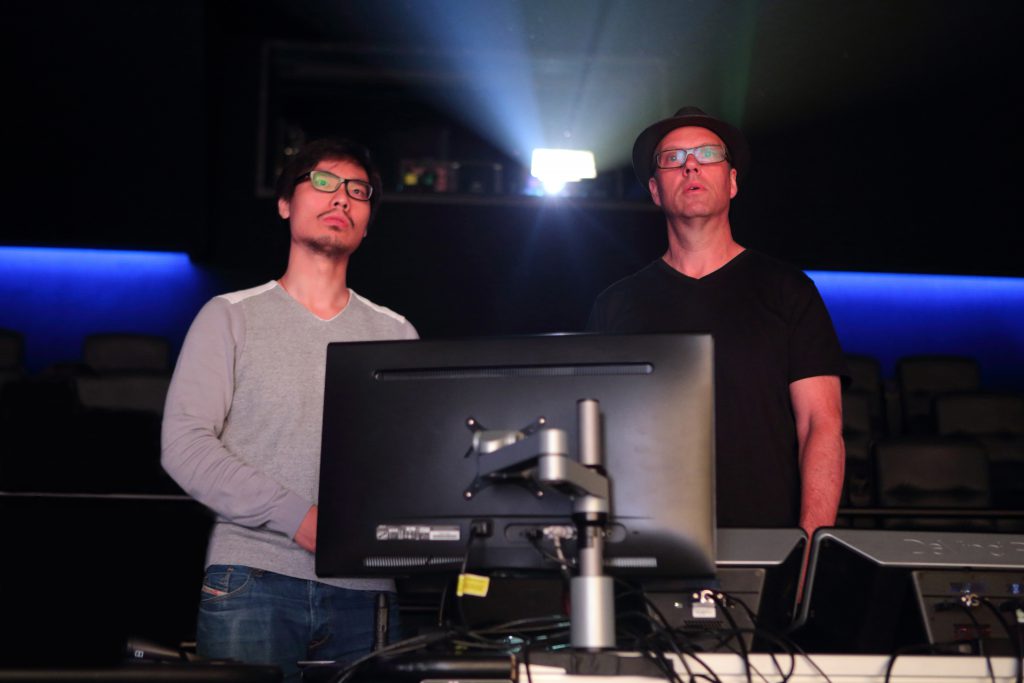 Wanda Pictures and Dolby Laboratories, Inc. (NYSE:DLB) today announced that the Wanda Pictures feature “For a Few Bullets”, releasing on July 15, 2016, will be available for Dolby Cinema locations in China. This will make “For a Few Bullets” the first Chinese local-language movie mastered in Dolby Vision and Dolby Atmos. Dolby Cinema, featuring Dolby Vision and Dolby Atmos, is a premium cinema offering for moviegoers that combines spectacular image and sound technologies with inspired design to make every visit a completely captivating cinematic event.

Dolby Cinema begins with the filmmaker’s vision—using the full storytelling capabilities that Dolby offers in image and sound production to transform the way movies are made and presented. With state-of-the-art image, sound, and acoustic capabilities, the movie comes alive to deliver cinema in its purest form.

“Wanda is committed to leveraging our combined strength in movie production and exhibition to deliver a premium moviegoing experience to our patrons,” said John Zeng, Vice President of Wanda Cultural Industry Group and President of Wanda Cinema Line Corporation. “Collaborating with Dolby on Dolby Cinema has helped us bring this overall experience to the next level. We believe moviegoers will find themselves completely captivated in the story when they watch “For a Few Bullets” in Wanda’s Dolby Cinema locations.”

Dolby Cinema features the Dolby Vision laser projection system, which uses state-of-the-art optics and image processing to deliver high dynamic range with enhanced color technology and a contrast ratio that far exceeds that of any other image technology on the market today. The result is a richer, more detailed viewing experience that delivers strikingly vivid and realistic images and makes viewers feel like they are in the movie’s world.

About “For a Few Bullets”
Xiaozhuang (Kenny Lin), a cunning guy with flexible hands who is brilliant at witty gimmicks, is caught by Li Ruoyun (Zhang Jingchu) in a gambling game. Li, the government agent, accepts the task to recapture a national treasure, and she asks Xiaozhuang for help with his special talents. During the journey, they meet the master, Shifo (Tengri), and his wife, Jin Sanniang (Livia Liu). After experiencing a series of humorous adventures, the four decide to gather together for the final fight over the treasure.

About Wanda Pictures
Wanda Pictures was founded in 2010 and is the film production studio and the distribution arm of Wanda Cultural Industry Group. Wanda Pictures has gained in 2015, 6.75 billion RMB (USD $1.04 billion) domestic box office, taking the first place among national private-owned film studios. The market share of 2015 is 24.8%. Wanda Pictures is striving to accelerate the industrialization of China’s film business by utilizing Hollywood business mode, with the strong support from our fully developed industrial chain, and to make films that are international, entertaining and inspiring.

Dolby Cinema includes award-winning Dolby Vision and Dolby Atmos technologies. Dolby Vision is a state-of-the-art authoring and playback imaging technology that enables the cinema to bring the story alive onscreen. In 2015, the Dolby Vision laser projector received an engineering excellence award from the Hollywood Post Alliance. Outfitted with Dolby Atmos, a Dolby Cinema transports audiences into the movie with breathtakingly real sound that fills the cinema and flows all around them. Dolby Atmos has received technical achievement awards from both the Hollywood Post Alliance and the Cinema Audio Society.

When these technologies are combined with the sophisticated Dolby Cinema design, everything comes together to pull moviegoers more deeply into the story and transform their visit into an event. In just over a year, more than 200 Dolby Cinema sites have been installed or committed to across the globe, with 43 titles released or announced.