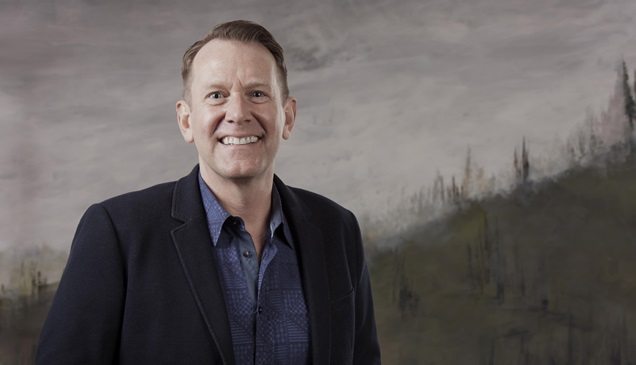 Laika, the Portland-based feature film animation studio whose first three films have each garnered Oscar nominations for Best Animated Film, has appointed Bradley Wald to the post of Chief Financial Officer and Senior Vice President of Business Operations. The announcement was made today by Laika President and CEO Travis Knight.

Mr. Wald will be responsible for leading Laika’s business operations as the studio continues to grow its roster of animated feature films while also cultivating a broad range of growth opportunities for the company.  He was most recently Chief Commercial Officer of International TV Production at NBCUniversal in London.

“Brad brings a powerful voice and vision to Laika’s leadership team,” says Mr. Knight.  “His far-reaching, high-level business expertise, vast international experience, sensitivity to the creative process, and wise governance will be invaluable to our studio’s evolution.  As we embark on our second decade as a company, Brad becomes my partner in guiding Laika to a bold new future and  more awesome movies.  We welcome Brad to the Laika family with open arms.”

“I’ve long been a big fan of Laika’s artistic approach and amazing storytelling chops,” said Mr. Wald, “so it is more than a little exciting to join them at their 10 year mark – with so many accomplishments already under their belt and so many more to come. I’m thrilled to bring my range of financial, operational and commercial expertise to Laika to help propel the studio to the next level.”

In addition, Wald developed and produced innovative social media content and apps around the show drawing industry attention and providing further editorial and commercialization opportunities.  Mr. Wald previously was Managing Director/SVP, Europe, Middle East & Africa, at Comcast International Media Group, where he led a team which developed E! and other Comcast channels into household names throughout the region, running all aspects of sales, business development, marketing and finance.

Previous to NBCU/Comcast, Wald held a senior executive position at Liberty Media’s The Box Worldwide where he developed “The Box Music Television” around the globe.  Wald began his financial career at Arthur Andersen and had progressive financial roles at Paramount Pictures, Turner Pictures and Videotron’s OpTel.

About Laika:
Fueled by the vision of its owner, Nike co-founder and Chairman Philip H. Knight, and its President & CEO Travis Knight, feature film animation studio Laika celebrated its 10th anniversary in December, 2015.  Located just outside Portland, Oregon, Laika has been awarded a Science and Technology Oscar plaque in recognition of its innovation in 3D printing.  Its three films, “Coraline” (2009), “ParaNorman” (2012) and The Boxtrolls (2014) were all nominated for Oscars and PGA Awards as Outstanding Animated Film.  “Coraline” earned Golden Globe, BAFTA, and Critics’ Choice nominations, and was named one of the year’s 10 Best Films by the American Film Institute (AFI). “ParaNorman” (2012) garnered BAFTA, Critics’ Choice, and GLAAD Media Award nomination and won two Annie Awards (the animation community’s Oscars equivalent) and was cited as the year’s best animated film by 14 critics’ groups. “The Boxtrolls” also earned Critics’ Choice and Golden Globe Award nominations and 13 Annie Award nominations, more than any other film that year.

Laika’s next film, “Kubo and the Two Strings” (release date August 19, 2016) is an epic action-adventure film set in a fantastical Japan.  Clever, kindhearted Kubo (voiced by Art Parkinson of “Game of Thrones”) ekes out a humble living, telling stories to the people of his seaside town including Hosato (George Takei), Akihiro (Cary-Hiroyuki Tagawa) and Kameyo (Academy Award nominee Brenda Vaccaro).  But his relatively quiet existence is shattered when he accidentally summons a spirit from his past which storms down from the heavens to enforce an age-old vendetta. Now on the run, Kubo joins forces with Monkey (Academy Award winner Charlize Theron) and Beetle (Academy Award winner Matthew McConaughey), and sets out on a thrilling quest to save his family and solve the mystery of his fallen father, the greatest samurai warrior the world has ever known.  With the help of his shamisen – a magical musical instrument – Kubo battles gods and monsters, including the vengeful Moon King (Academy Award nominee Ralph Fiennes) and the evil twin Sisters (Academy Award nominee Rooney Mara) to unlock the secret of his legacy, reunite his family and fulfill his heroic destiny.