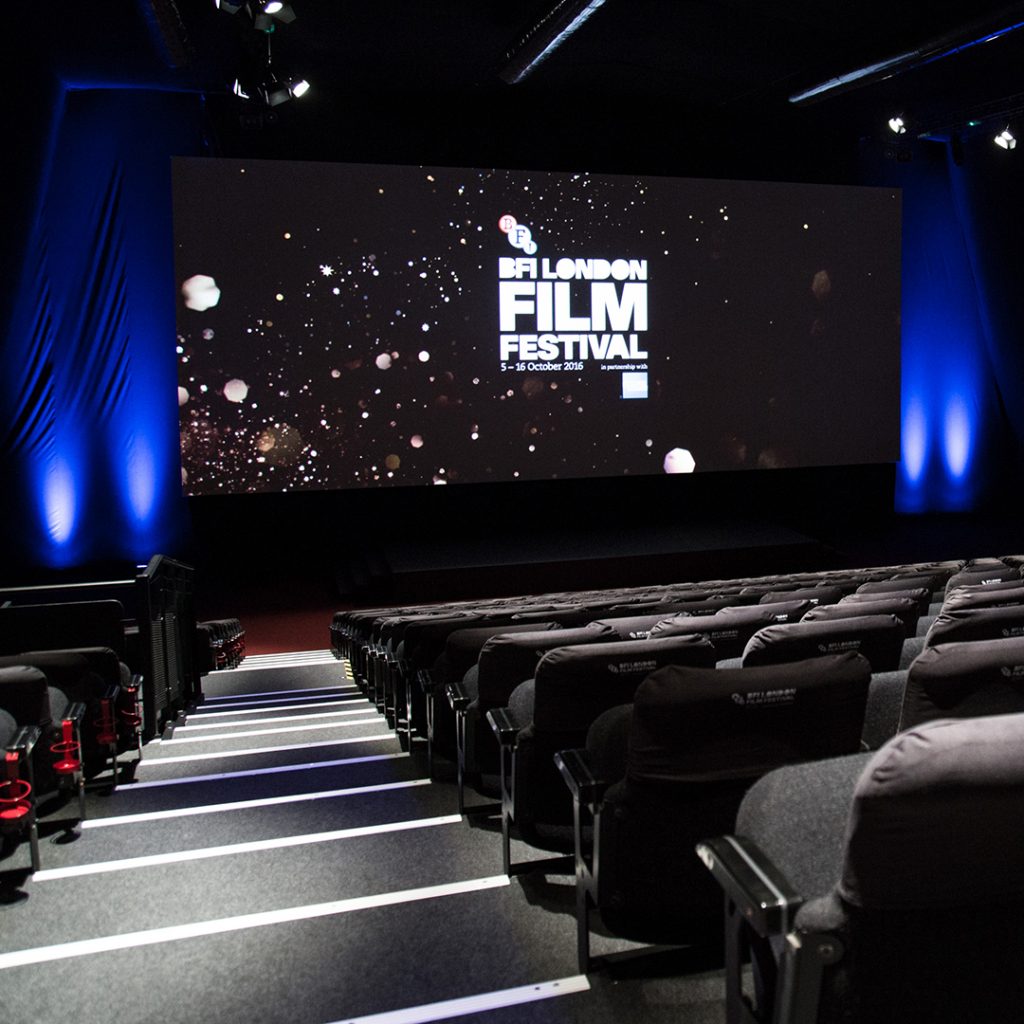 A successful inaugural year in 2016 saw audiences and filmmakers alike praising the quality of its cinema experience, and Dominic Simmons was keen to repeat the exercise: “It’s no easy task to construct a high spec 820 seat cinema in a matter of days but it went spectacularly well. We had an enthusiastic response from everyone which meant we were very keen to repeat it. We made some small improvements for this year and with the help of our partners such as Christie, we were able to give our audiences the big screen BFI London Film Festival experience in a unique venue.”

The 61st BFI London Film Festival screened almost 250 films from both established and emerging global film-makers over 12 days with Films in Official Competition and Strand Galas being shown at the Embankment Gardens Cinema. The venue was a bespoke auditorium specially constructed for the Festival and benefited from a 16m wide screen and spectacular 4K projection from Christie. The Garden Cinema also provided a real connection and stepping stone between Festival screenings in the West End and the BFI’s home cinema at BFI Southbank.

The Embankment Garden Cinema was a rigid-bodied structure complete with tiered cinema seating, black box lining with serge, plus a full box office area and bar. Christie supplied two Solaria CP4230 DLP projectors which were installed on a 6m high platform at the rear of the auditorium. The projectors used the very bright 6KSP lamps, and as there are no 3D screenings, the matt white screen ensured enhanced 2D image quality.

Phil Lord, cinema sales manager for Christie EMEA was happy once again to be involved in the project: “We have been a projection partner of the BFI for many years and being a key part of the Embankment Garden Cinema team was a highlight so far in the relationship. The BFI’s backing of British and international cinema is without peer and we were glad to support them in their efforts once again.”

About Christie
Christie Digital Systems USA, Inc. is a global visual and audio technologies company and is a wholly-owned subsidiary of Ushio, Inc., Japan, (JP:6925). Consistently setting the standards by being the first to market some of the world’s most advanced projectors and complete system displays, Christie is recognized as one of the most innovative visual technology companies in the world. From retail displays to Hollywood, mission critical command centers to classrooms and training simulators, Christie display solutions and projectors capture the attention of audiences around the world with dynamic and stunning images. Visit www.christiedigital.com