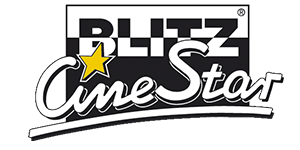 New York, NY (April 8, 2019) – Blitz-CineStar has been named as the 2019 recipient of the “International Exhibitor of the Year” award at CineEurope. The award will be presented to Hrvoje Krstulovic, Co-Founder and Member of the Board, as part of the CineEurope Awards Ceremony hosted by the Coca-Cola Company on Thursday, 20 June, at the Centre Convencions Internacional Barcelona (CCIB) in Barcelona, Spain.

Each year at CineEurope, the award is given to a cinema exhibitor whose accomplishments, new developments, growth, and market leadership make them the standard-bearer for the industry. “It gives us great pleasure to present the International Exhibitor of the Year award to the Blitz-CineStar cinema chain,” said Andrew Sunshine, President of The Film Expo Group. “Blitz-CineStar has built a culture of innovation for cinema, changing the movie-going experience in the Balkan region. It has proven to be a pioneer in the industry and we congratulate all on this well-deserved honor.”

Welcoming today’s announcement, UNIC CEO Laura Houlgatte-Abbott added: “We are delighted to see Blitz-CineStar recognized at CineEurope this year. This award not only acknowledges their highly-committed efforts towards enhancing the Big Screen experience across the Balkans but is also a celebration of a vibrant cinema-going culture in the region. We would like to warmly congratulate the whole Blitz-CineStar team – for their fantastic achievements.”

Upon receiving the news, Hrvoje Krstulovic said: “We are delighted at the news, and it will be a greatest honour to receive this highest industry recognition on behalf of the entire Blitz-CineStar team, including my fellow Members of the Board – Jadranka Islamovic, CEO and Heiner Kieft, Co-Founder.”

Blitz-CineStar opened its first multiplex, CineStar Zagreb in 2003. CineStar Zagreb remains the largest multiplex in former Yugoslavia with 13 screens and 2,940 seats. The CineStar chain currently has 23 multiplexes across former Yugoslavia (including the forthcoming sites in Banja Luka and Belgrade), with a total of 145 screens and nearly 23,000 seats. It is one of the company’s objectives to continue bringing state-of-the-art movie experience throughout the territory, with a series of upcoming projects.

Blitz-CineStar is the major innovative force in the local exhibition market continuously upgrading its services, not only in terms of implementing cutting edge technologies, but also by introducing a series of branded consumer services which made it into one of the most recognizable brands. The CineStar brand has received 7 Superbrands awards in Croatia, including a Superbrands Exclusive award, and several consumer awards including winning three Best Buy Awards, notably the Best Buy Award Millennials 2018.

Last year, Blitz-CineStar’s 15th anniversary was marked by winning a prestigious ICTA award in the category New Build Cinema of the Year, for its CineStar 4DX Mall of Split, the biggest cinema site in Croatia’s coastal region of Dalmatia.

About CineEurope
CineEurope 2019 will take place 17-20 June at the Centre Convencions Internacional Barcelona (CCIB) in Barcelona, Spain. CineEurope is the longest-running and most successful European convention and trade show for major, regional, and independent cinema professionals. CineEurope will feature exclusive screenings and product presentations of upcoming films, sponsored events, timely and informative seminars, and the CineEurope Trade Show. CineEurope is the Official Convention of the Union Internationale des Cinémas/International Union of Cinemas (UNIC).