AMC Theatres to Offer Early Access Screenings of the Powerful New Film “Who We Are: A Chronicle of Racism in America” From Sony Pictures Classics on Saturday, January 15 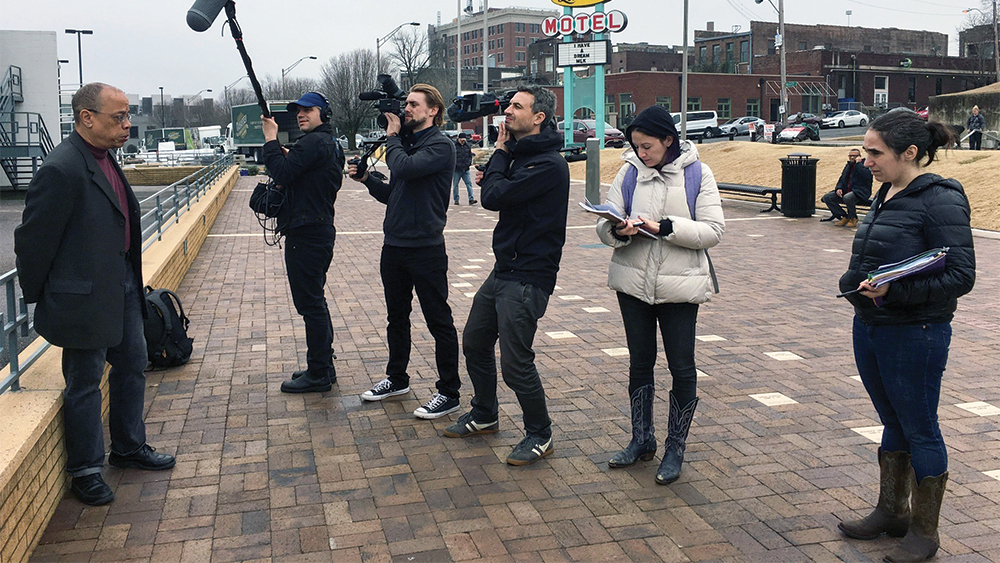 AMC to feature “Who We Are: A Chronicle of Racism in America” at 7 p.m. on Saturday, January 15, at 250 AMC locations around the country

AMC Theatres (NYSE:AMC), the largest theatrical exhibitor in the United States, in Europe & the Middle East, and in the world, today announced that at 7 p.m. on January 15, the Saturday before Martin Luther King Jr. Day in the United States, AMC guests at select locations around the country can enjoy an early access screening of “Who We Are: A Chronicle of Racism in America,” from Sony Pictures Classics. This movie is directed by Sarah Kunstler and Emily Kunstler.

Interweaving lecture, personal anecdotes, interviews, and shocking revelations, in “Who We Are: A Chronicle of Racism in America,” criminal defense/civil rights lawyer Jeffery Robinson draws a stark timeline of anti-Black racism in the United States, from slavery to the modern myth of a post-racial America.

Along with these 7 p.m. early access screenings at 250 AMC locations from coast to coast on January 15, the movie opens with regular showtimes on January 14 at select locations in New York and Los Angeles, including AMC Lincoln Square 13 and AMC The Grove 14. The movie’s release continues over the coming weeks to a wider audience in markets around the U.S.

“’Who We Are: A Chronicle of Racism in America’ is an incredible piece of storytelling that’s both eye-opening and relatable. It has the ability to resonate with and enlighten audience around the country,” said Nikkole Denson-Randolph, Senior Vice President, Content Strategy & Inclusive Programming. “We are thankful to Sony Pictures Classics to allow us to bring this powerful film to AMC guests through early access screenings this Saturday, on the same weekend that the nation honors Dr. Martin Luther King Jr.”

Tickets for these early access screenings are on sale now at:
https://www.amctheatres.com/movies/who-we-are-a-chronicle-of-racism-in-america-early-access-screening-68662

About AMC Entertainment Holdings, Inc.
AMC is the largest movie exhibition company in the United States, the largest in Europe and the largest throughout the
world with approximately 950 theatres and 10,500 screens across the globe. AMC has propelled innovation in the
exhibition industry by: deploying its Signature power-recliner seats; delivering enhanced food and beverage choices;
generating greater guest engagement through its loyalty and subscription programs, web site and mobile apps; offering
premium large format experiences and playing a wide variety of content including the latest Hollywood releases and
independent programming. For more information, visit amctheatres.com.