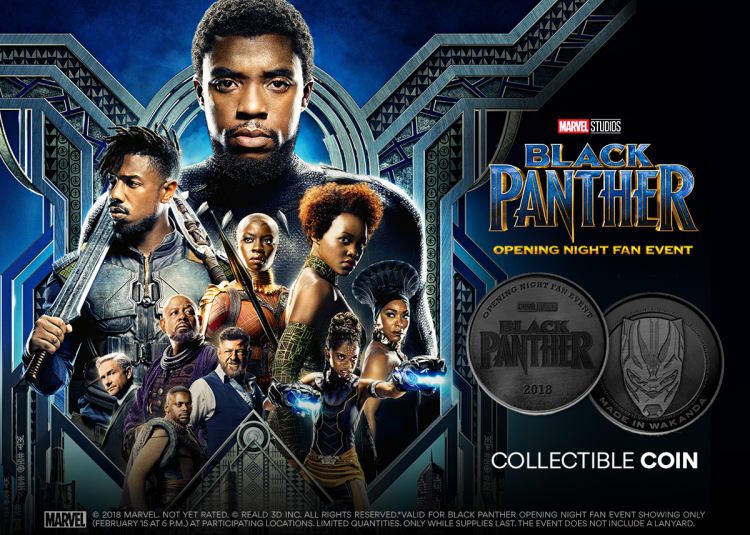 This past weekend, movie theatres served as the magical portal to the No. 1 tourist destination in the world: Wakanda. “Black Panther” roared its way to a $201-plus million Friday–Sunday opening weekend, setting many records along the way, and AMC Theatres (NYSE:AMC), the largest theatrical exhibitor in the U.S. and the world, transported more moviegoers than anyone else.

For the second time in three months, the movie theatre industry is enjoying a title eclipsing $200 million on opening weekend.

“In an era of a plethora of entertainment choices for consumers, we are buoyed by the more than a billion tickets that movie theatres sold in the United States in 2017. We are even more encouraged that two of the top five movie openings in cinema history occurred in the past 10 weeks. The conclusion should increasingly be clear to all. When Hollywood makes great movies, Americans rush to theatres in record setting numbers. The movie theatre industry remains a giant among entertainment options,” said Adam Aron, CEO and President, AMC.

Aron added, “We especially want to congratulate, thank and salute all those at The Walt Disney Company who are responsible for movies with such extraordinary and wide-ranging appeal. We are simply in awe of their film making prowess, their creativity and their savvy. Disney continues to dazzle, which in turn allows all in our industry to shine.”

“’Black Panther’ has taken on a life of its own at movie theatres, playing to huge, broad audiences in AMC markets around the country, and is growing from a blockbuster into a movement nationwide,” said Elizabeth Frank, Executive Vice President, Worldwide Programming and Chief Content Officer, AMC. “We’re delighted with the stories and pictures of fans who are enjoying the magic of the movie theatre and turning the experience into a community event.”

All hail the King: