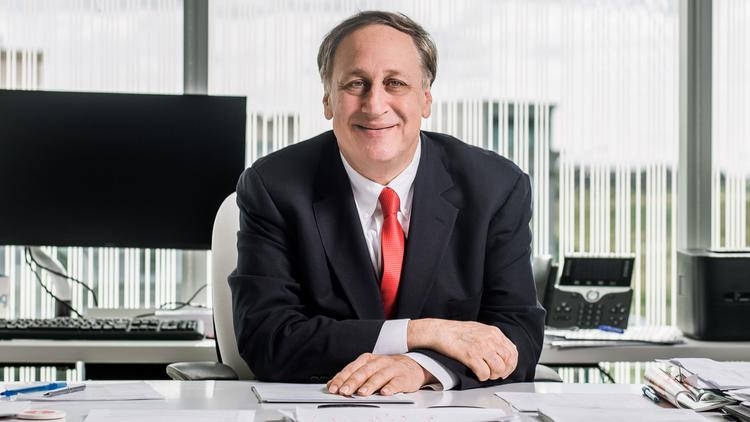 The National Association of Theatre Owners (NATO) will honor Adam M. Aron, Chief Executive Officer, President and Director of AMC Entertainment, with the 2020 NATO Marquee Award during this year’s CinemaCon, Mitch Neuhauser, Managing Director of CinemaCon announced today. Celebrating its 10th edition CinemaCon, the official convention of NATO, will be held March 30-April 2, 2020 at Caesars Palace in Las Vegas. Mr. Aron is being recognized by NATO for his unequalled dedication, commitment and service to the motion picture theatre industry. He will receive his industry tribute as part of CinemaCon’s Opening Night Celebration on Monday, March 30.

“The team at NATO and CinemaCon, as well as our volunteer exhibitor board members, are thrilled that 2020’s Marquee Award will be presented to Adam Aron, on behalf of AMC,” said John Fithian, President and CEO of NATO. “AMC is the largest exhibitor in the world as it celebrates a 100th anniversary. We are grateful for the dedication and leadership Adam gives not just to his top-notch team at AMC, but also to the industry at large. Cheers.”

Aron has served as Chief Executive Officer, President and a Director of AMC Entertainment since January 2016. His tenure at AMC has been highlighted by significant expansion, with AMC becoming the largest cinema operator globally, as well as one marketing innovation after another all while enhancing the consumer offerings at its more than 1,000 movie theatres.

Founded in 1920 in Kansas City, AMC is celebrating its 100th year of delivering magical movie memories. Throughout the last century, AMC pioneered some of the biggest innovations in moviegoing, including the first multiplex in the United States under the leadership of long-time CEO Stanley Durwood. During the last decade, AMC’s guest-focused innovation has included the first movie theatre to feature all recliner seating, the movie theatre industry’s leading loyalty program AMC Stubs, and the No. 1 movie-going subscription program in the world, AMC Stubs A-List.