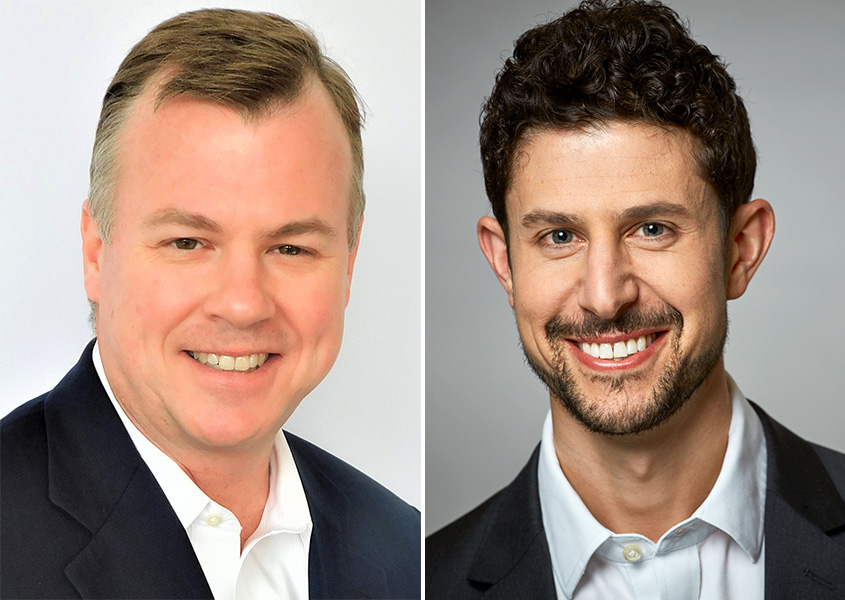 AMC Theatres (NYSE:AMC), the largest theatrical exhibitor in the United States, in Europe & the Middle East, and in the world, today announced a long-planned succession within its executive team.

It has promoted Dan Ellis, currently the Senior Vice President, Development and International, as the new Executive Vice President, Chief Operations & Development Officer. In addition, it has selected Eliot Hamlisch as Executive Vice President and Chief Marketing Officer, after an extensive national search. Given the greatly expanded and time consuming new role for Ellis, international duties, which previously reported to Ellis will shift instead to be supervised by AMC EVP & CFO Sean Goodman.

Ellis succeeds John McDonald, who is retiring as the head of U.S. Operations after a 47-year movie theatre career, all with AMC.
Hamlisch takes over marketing leadership from Stephen Colanero, who is retiring after 12 distinguished and innovation filled years as the CMO at AMC.

The retirements of Colanero and McDonald are entirely voluntary and have been a long time in the making. Each executive stayed committed to AMC with their shoulders to the grindstone as they helped the Company to get through the heavily Covid impacted years of 2020 and 2021. Now that a much-improved spring and summer are right around the corner, and with their successors having been identified, each has become free to retire, with plans to enjoy the next more relaxing chapters in their lives.

Stephen Colanero joined AMC as its first ever Chief Marketing Officer in 2009. His leadership has helped transform AMC’s marketing practices, making it the leader in theatrical exhibition. His many successes during his time at AMC include launching AMC Stubs and AMC Stubs A-List, introducing a new compelling web site and mobile app, greatly expanding guest and shareholder communications, and the recent company rebranding featuring its first ever television advertising campaign showcasing Nicole Kidman.

Operations
Dan Ellis takes over effective immediately as the Chief Operations and Development Officer after leading AMC’s Development department since 2020. His new role includes leadership of the Development, U.S. Theatre Operations including Food & Beverage, as well as AMC’s Design & Construction, Facilities Sight & Sound departments, along with certain Analytics efforts. He originally joined AMC in 2017 as the head of Domestic Development. Prior to AMC, Ellis spent five years as Senior Vice President, General Counsel & Secretary at Carmike Cinemas, which AMC acquired in 2017.

John McDonald retires after 47 years with AMC and is among the longest tenured executives in AMC’s more than 100- year history. He has been at the helm of AMC’s U.S. Operations in his current position since 2011. McDonald began his AMC career in 1975 as a film crew member at an individual theatre, and thereafter has worked his way up to his current leadership role. On his watch, AMC has become the largest movie theatre circuit in the United States, and the clear and undisputed industry leader.

International
As part of this realignment of executive responsibilities, oversight for AMC’s international theatres moves to Sean Goodman, EVP & Chief Financial Officer. Goodman, who was born and raised in South Africa, and who lived in London for many years, is clearly experienced for his new broader multi-national role.

Mark Way who has put on the board’s a particularly effective effort as President AMC Europe & Managing Director Odeon Cinemas Group now will report to Goodman. He formerly reported to Ellis. Responsibility for AMC’s theatres in the Middle East now will also fall under the purview of both Goodman and Way.

Cascading Promotions
These appointments cause several other expansions in executive scope and promotions.

Adam Aron, Chairman and CEO of AMC, commented: “I am ever so pleased to announce Eliot Hamlisch becoming our new EVP and Chief Marketing Officer and the promotion of Dan Ellis to EVP and Chief Operations and Development Officer. In their new roles, Eliot will jump right in as our CMO and Dan will head both our U.S. Theatre Operations and our Development organizations. Meanwhile, Sean Goodman will oversee our international theatres. I can say unequivocally that I have enormous confidence not only in Eliot, Dan and Sean, but also in Jennifer Douglass, Cynthia Pierce, Michael Hans, Hank Green and Mark Way, all of whom also will be assuming new and broader roles.”

Aron added, “During the more than six years that I have been privileged to lead AMC, our company has been fortunate to have an unbelievably talented and dedicated team of executive officers, whose focus has been on delivering a superb theatrical experience for our guests while driving value for our shareholders. Over time, change in leadership at any organization is inevitable, but in this case, I know that Eliot, Dan and Sean, along with our other officers with increasing responsibilities will continue in that great tradition of executive leadership at AMC, will cause AMC to shine and will help propel AMC ahead in the years to come.”

Aron concluded: “The contributions to AMC from John McDonald and Stephen Colanero over many years are too great to measure. I want to emphasize that these two retirements are completely voluntary. Both executives have spectacular arrays of accomplishments under their belts. We will miss each, both professionally and personally, but how can we do anything other than wish them much happiness during their well-earned retirements. I should also add a special note of thanks that each stayed on with us to get AMC through the challenging and heavily COVID-impacted years of 2020 and 2021, and each remained committed to our mission until their successors could be selected — leading to what we expect will be a seamless and painless transition.”