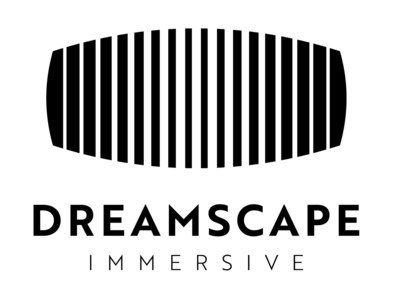 AMC Entertainment (AMC) the largest theatrical motion picture exhibitor in the world, and Dreamscape Immersive, the location-based VR startup backed by some of Hollywood’sbiggest players, today announced a wide ranging strategic partnership that will rapidly scale the development and expansion of Dreamscape Immersive. The announcement was made jointly by Walter Parkes and Kevin Wall, co-chairmen of Dreamscape Immersive and Adam Aron, CEO and President of AMC.

“Dreamscape Immersive ushers in an exciting new world in virtual reality and reminds us through its trailblazing all-enveloping technology that we really are living in the 21st century. A dazzling future is now at hand,” said Adam Aron, CEO and President of AMC Entertainment. “What makes Dreamscape Immersive and AMC Theatres a perfect fit together is the vast and impressive experience of Dreamscape’s founders in cinematic storytelling that is sure to resonate with AMC’s moviegoers.”

Walter Parkes, Dreamscape Immersive co-chairman notes, “While Dreamscape’s immersive technologies represent the cutting edge of the digital world, its heart and soul rests firmly in the shared language of film – so it’s tremendously exciting that our first major commercial partnership is with the world’s largest cinema exhibitor.”  Dreamscape Immersive CEO Bruce Vaughnadds, “We look forward to working with AMC to offer audiences the opportunity to actually step into and experience imaginative worlds previously only available through watching movies.”

The company, spearheaded by Parkes, Wall, CEO and former Disney Imagineering chief Bruce Vaughn, and COO Aaron Grosky, utilizes unique body-mapping technologies, developed by the Swiss research foundation Artanim, which give participants full body presence as rendered avatars inside of extraordinary virtual worlds. Unlike other VR platforms, Dreamscape Immersive offers a social experience in which participants explore and interact with up to six people simultaneously, untethered from a computer, with full use of their senses – just as they would in the real world.

Dreamscape Immersive is a location-based VR entertainment company that was founded in January, 2017.  Led by co-chairmen Walter Parkes, Kevin Wall, CEO Bruce Vaughn and COO Aaron Grosky, with technology created by Swiss research institute Artanim, Dreamscape offers untethered VR experiences with body-mapping technology that allows participants to enter into, explore, and interact within cinematic worlds in a way they never dreamed possible. The Dreamscape Immersive team is made up of a dynamic group of cinematic storytellers, music trailblazers, theme park attractions-experts, gaming executives, technologists and medical researchers, who all share one thing in common: a collective commitment to bringing an entirely new entertainment experience to a mass audience. Dreamscape Immersive is headquartered in Los Angeles, California.

AMC (NYSE: AMC) is the largest movie exhibition company in the U.S., in Europe and throughout the world with approximately 1,000 theatres and 11,000 screens across the globe. AMC has propelled innovation in the exhibition industry by: deploying more plush power-recliner seats; delivering enhanced food and beverage choices; generating greater guest engagement through its loyalty program, web site and smart phone apps; offering premium large format experiences and playing a wide variety of content including the latest Hollywood releases and independent programming. AMC operates among the most productive theatres in the United States’ top markets, having the #1 or #2 market share positions in 22 of the 25 largest metropolitan areas of the United States, including the top three markets (NY, LA, Chicago). Through its Odeon subsidiary AMC operates in 14 European countries and is the # 1 theatre chain in Estonia, Finland, Italy, Latvia, Lithuania, Spain, Sweden and UK & Ireland. For more information, go to www.amcteatres.com.