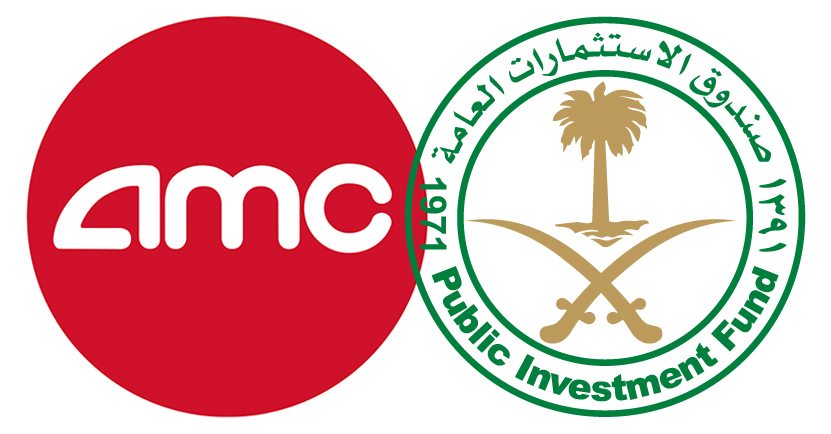 AMC Entertainment Holdings, Inc. (NYSE:AMC) (“AMC” or “the Company”), the largest cinema operator in the U.S., Europe and the world, today announced the signing of a non-binding Memorandum of Understanding (MoU) with The Public Investment Fund of Saudi Arabia (PIF).

In line with the Fund’s mandate to help unlock promising new sectors within the Kingdom of Saudi Arabia, PIF and AMC Entertainment will explore a range of commercial opportunities for collaboration that will support the growth of the Kingdom’s entertainment sector.

The agreement builds on the announcement of the General Commission for Audiovisual Media’s (GCAM) decision to grant domestic licenses to cinema providers, and directly supports the Vision 2030 objective of growing household spending on entertainment from 2.9% to 6.0% of GDP.

A spokesperson from PIF said: “PIF sees huge potential in the Kingdom’s entertainment sector. We look forward to working with AMC Entertainment Holdings to explore opportunities in developing an industry that is expected to be around USD 1Bn in size.”

“This announcement is an historic moment for the theatrical exhibition industry and a tremendous opportunity to connect AMC’s movie products with the Kingdom of Saudi Arabia’s more than 30 million citizens, many of whom we know are movie fans based on their regular visits to cinemas in neighboring countries,” said AMC CEO and President, Adam Aron. “Saudi Arabia represents a lucrative business opportunity for AMC Entertainment, and no one does the cinema experience on a global scale better than AMC. As such we believe AMC is in a unique position to put the industry’s best foot forward in expanding the magic of the movies to an important country that is in the process of opening up entertainment opportunities for its citizens.”

To help achieve Saudi Arabia’s vision of a sustainable, diversified economy, the Board of Directors has taken several steps to clearly define the Public Investment Fund’s vision, objectives and strategy in line with Saudi Vision 2030.

The Public Investment Fund is developing a portfolio of high quality domestic and international investments, diversified across sectors, geographies and asset classes. Working alongside global strategic partners and renowned investment managers, PIF acts as the Kingdom’s main investment arm to deliver a strategy focused on achieving attractive financial returns and long-term value for the Kingdom of Saudi Arabia.

The Public Investment Fund aims to be a global investment powerhouse and the world’s most impactful investor, enabling the creation of new sectors and opportunities that will shape the future global economy, while driving the economic transformation of Saudi Arabia.