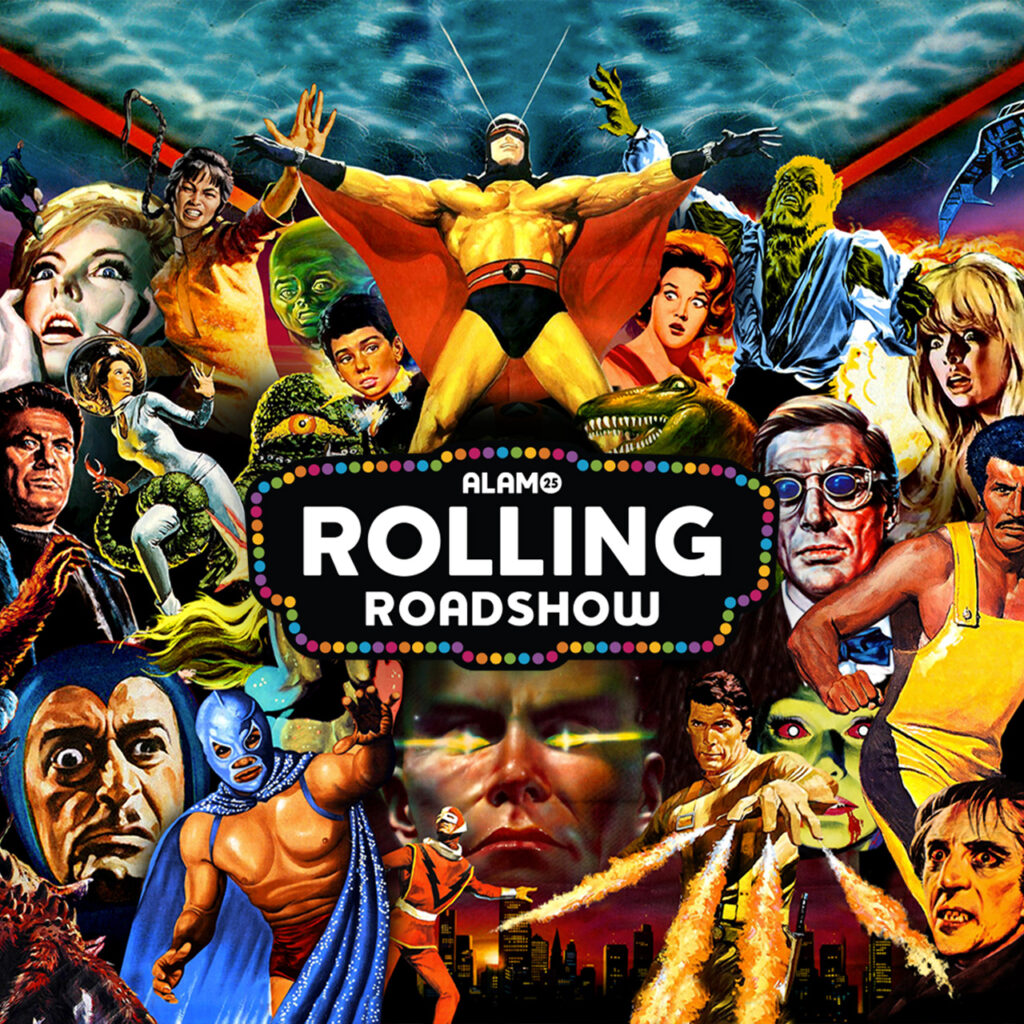 “Dinner, Drinks & A Movie… All At The Same Place”

That’s what Alamo Drafthouse Cinema, a one-screen theater built in a converted warehouse in downtown Austin, offered on the day of its grand opening, May 24th, 1997. Twenty-five years later, the cinema that twenty-somethings Tim and Karrie League created now has 36 locations (and counting) across the country, with a never-ending mission to preserve, promote, and protect the theatrical experience for the millions of film lovers it welcomes each year.

“I remember quite vividly scrambling to finish everything and put on our very first show 25 years ago. We had a brand new staff of 20 people and had never trained or employed anyone before that day, it was tense” says Tim League, Alamo Drafthouse co-founder and Executive Chairman. “We’ve learned so much over the years, but the passion remains the same. We love movies and want to share that love with all of you.

The screening, which is set to begin around 8:45pm, will be preceded by a performance from acclaimed Austin band and long-time Alamo Drafthouse collaborators The Octopus Project.

The event is free and will be held on the grounds of another Austin institution celebrating 25 years, Live Oak Brewing Company. When the Alamo first opened 25 years ago, Live Oak was one of the original six taps. Seating is Bring Your Own Chair (or blanket), with photo ops, a disc golf course, and a food truck on site throughout the event. Full details are available here.

Additionally, Alamo Drafthouse and Rolling Roadshow plan to take the show on the road with a summer tour featuring unique outdoor screenings held all over the country, with stops planned in New York City, Chicago, Los Angeles, St. Louis, and Washington, DC.

“I feel very lucky to be part of a team with so much history, passion, and dedication to our core mission. That dedication to celebrating film and providing a better theater experience is why we’ve been around so long, and we’re not stopping any time soon,” said Shelli Taylor, CEO of Alamo Drafthouse.

About Alamo Drafthouse
Alamo Drafthouse Cinema was founded in 1997 as a single-screen mom and pop repertory theater in Austin, TX. Twenty-five years later, with 36 locations and counting, Alamo Drafthouse has been called “the best theater in America” by Entertainment Weekly and “the best theater in the world” by Wired. Alamo Drafthouse has built a reputation as a movie lover’s oasis not only by combining food and drink service with the movie-going experience, but also introducing unique programming and high-profile, star-studded special events. Alamo Drafthouse created Fantastic Fest, a world-renowned film festival dubbed “The Geek Telluride” by Variety. Fantastic Fest showcases eight days of genre cinema from independents, international filmmakers, and major Hollywood studios. Alamo Drafthouse’s collectible art gallery, Mondo, offers breathtaking, original products featuring designs from world-famous artists based on licenses for popular TV and movie properties including Star Wars, Star Trek & Universal Monsters. Alamo Drafthouse continues to expand its brand in new and exciting ways, including the American Genre Film Archive, a non-profit film archive dedicated to preserving, restoring and sharing film, and Alamo On Demand, a new VOD platform boasting a growing and carefully curated library of entertainment for rental or purchase.