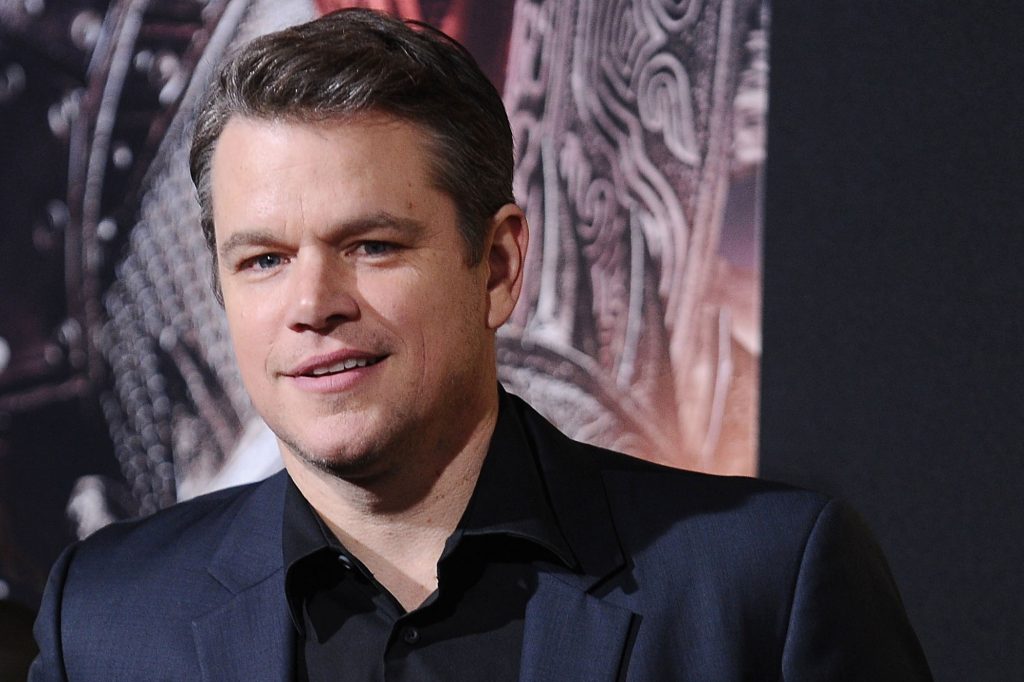 LA Roma Films and The Kennedy/Marshall Company are proud to announce Academy Award winner Matt Damon (“Good Will Hunting”) as Narrator for the documentary “Boston.” Focused on the Boston Marathon’s long and storied history, “Boston”premieres in Boston on Saturday, April 15, 2017. It will then receive a one-night theatrical premiere on Wednesday, April 19 through Fathom Events.

“Matt is the ideal narrator for this outstanding documentary about the Boston Marathon,” said “Boston” executive producer Frank Marshall, who ran Boston in 1980. “We are delighted to have him join the production.”

Damon’s heart has always belonged to the city of Boston and its iconic race, as expressed in his introduction to John Hanc’s book, “The B.A.A. at 125:The Official History of The Boston Athletic Association 1887-2012”: “Some of my most vivid childhood sports memories took form … by the side of the road near the fire station on Commonwealth Avenue in Newton …. as enervated runners from around the world confront the historic HeartbreakHill(s). I’ll never forget standing there in the crowd with my brother, Kyle, as we looked first for Bill Rodgers, and then, in the very same race as some of the most talented runners on earth, our smiling (and grimacing) 40-year-old dad.” Kyle, and their father, Kent, have each run Boston four times. Matt’s role as narrator for “Boston” perfectly complements director Jon Dunham’s vision for the movie as an everlasting record of the race.

Directed by award winning filmmaker-marathoner Jon Dunham, well known for his “Spirit of the Marathon” documentaries, produced by AcademyAward nominee Megan Williams, and executive produced by Academy Award nominee Frank Marshall, “Boston” is a presentation of John HancockFinancial in association with The Kennedy/Marshall Company. The documentary chronicles the celebrated history of the Boston Marathon, from its origins in 1897 through 2014’s triumphant race, and features many of the greatest marathoners ever to have run over the Hopkinton to Boston route.

The filmmakers spent the last three years recording interviews with champions and amateur runners from around the world, as well as the stories of members of the Boston Marathon communities. The production was granted exclusive documentary rights from the Boston Athletic Association to produce the film and to use the Association’s extensive archive of video, photos and memorabilia.

The “Boston” World Premiere, presented by John Hancock Financial and The Boston Athletic Association, will take place in Boston April 15, 2017. Emmy Award winner Jeff Beal (“House of Cards”) will conduct a live performance of his original “Boston” score by the Boston Pops EsplanadeOrchestra during the screening. The special performance of the Boston Pops Esplanade Orchestra is underwritten by Owsley Brown Presents, inpartnership with Worth Miller Productions.

In conjunction with Fathom Events, “Boston” will be shown in movie theaters nationwide on Wednesday, April 19, 2017 at 7:30 p.m. In addition to the documentary, audiences will also enjoy behind-the-scenes footage from the recording of the original “Boston” score, performed by the Boston Symphony Orchestra at Symphony Hall.

Tickets for the cinema screenings can be purchased online by visiting www.FathomEvents.com or at participating theater box offices. Fans throughout the U.S. will be able to enjoy the event in more than 450 movie  theaters through Fathom’s Digital Broadcast Network (DBN). For a complete list of theater locations visit the  Fathom Events website (theaters and participants are subject to change).

About The Kennedy/Marshall Company
The Kennedy/Marshall Company Documentary Division, established by visionary producer Frank Marshall and lead by Ryan Suffern, has produced a host of documentaries, including two projects for ESPN Films’ critically acclaimed “30 for 30” series, and “Transcend”, a documentary about 2012Boston Marathon winner Wesley Korir and his run for parliament in his home country of Kenya. Most recently, Suffern and Marshall collaborated on “Finding Oscar”, a feature-length documentary about the search for justice in the case of the Dos Erres massacre in Guatemala, which will be released in theaters in Spring of 2017. The film is a co- production with the USC Shoah Foundation and executive produced by Steven Spielberg.