A True Inspirational Underdog Story, ‘American Wrestler: The Wizard’ Comes to U.S. Cinemas for One Night on May 3 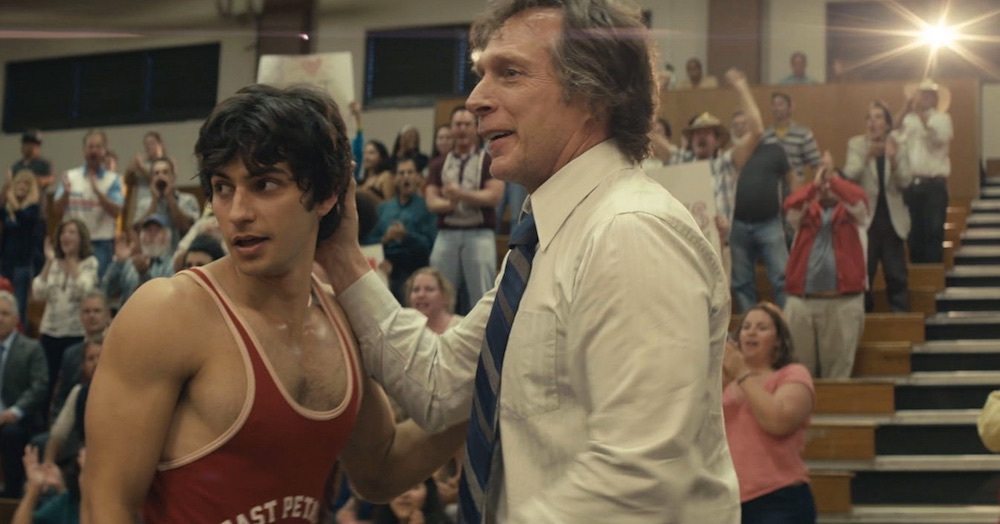 Film festival favorite “American Wrestler: The Wizard” comes to movie theaters nationwide for cinematic debut on May 3 only. Based on true events, the heartwarming coming of age story is set in a world of competitive high school wrestling, starring William Fichtner, Jon Voight and introducing newcomer George Kosturos.

This special presentation will include exclusive behind-the-scenes interviews with the filmmaker and cast, speaking to the real-life story and inspiration behind the film, along with never-before-released footage. Fathom Events and Warner Bros. Home Entertainment present this feature in cinemas for one night on Wednesday, May 3 at 4:00 p.m. and 7:30 p.m. local time.

Tickets for “American Wrestler: The Wizard” can be purchased beginning Friday, March 31, 2017 online by visiting www.FathomEvents.com or at participating theater box offices. Fans throughout the U.S. will be able to enjoy the event in more than 130 select movie theaters. A complete list of theater locations will be available on the Fathom Events website.

In this inspiring tale, 17-year-old Ali Jahani is a newcomer to a small California town, where he stands out as different in an unwelcoming community. Living with his embittered uncle, the boy faces a mountain of adversity everywhere he turns. Rejected by everyone but determined to fit in, he joins the school’s floundering wrestling team. With a chance to change how others see him, Ali must step up and learn to be a hero.

“While the story is based in the 80s, ‘American Wrester: The Wizard’ is still extremely relevant today,” said Fathom Events Vice President of Studio Relations Tom Lucas. “We are proud to partner with Warner Bros. in bringing this beautiful film to the big screen.”

About Fathom Events
Fathom Events is recognized as the leading domestic distributor of event cinema with participating affiliate theaters in all 100 of the top Designated Market Areas, and ranks as one of the largest overall distributors of content to movie theaters. Owned by AMC Entertainment Inc. (NYSE: AMC), Cinemark Holdings, Inc. (NYSE: CNK) and Regal Entertainment Group (NYSE: RGC) (known collectively as AC JV, LLC), Fathom Events offers a variety of one-of-a-kind entertainment events such as live, high-definition performances of the Metropolitan Opera, dance and theatre productions like the Bolshoi Ballet and National Theatre Live, sporting events like Copa America Centenario, concerts with artists like Michael Bublé, Rush and Mötley Crüe, the yearlong TCM Big Screen Classics film series and inspirational events such as To Joey With Love and Kirk Cameron’s Revive US. Fathom Events takes audiences behind the scenes and offers unique extras including audience Q&As, backstage footage and interviews with cast and crew, creating the ultimate VIP experience. Fathom Events’ live digital broadcast network (“DBN”) is the largest cinema broadcast network in North America, bringing live and pre-recorded events to 896 locations and 1,383 screens in 181 DMAs. For more information, visit www.fathomevents.com.