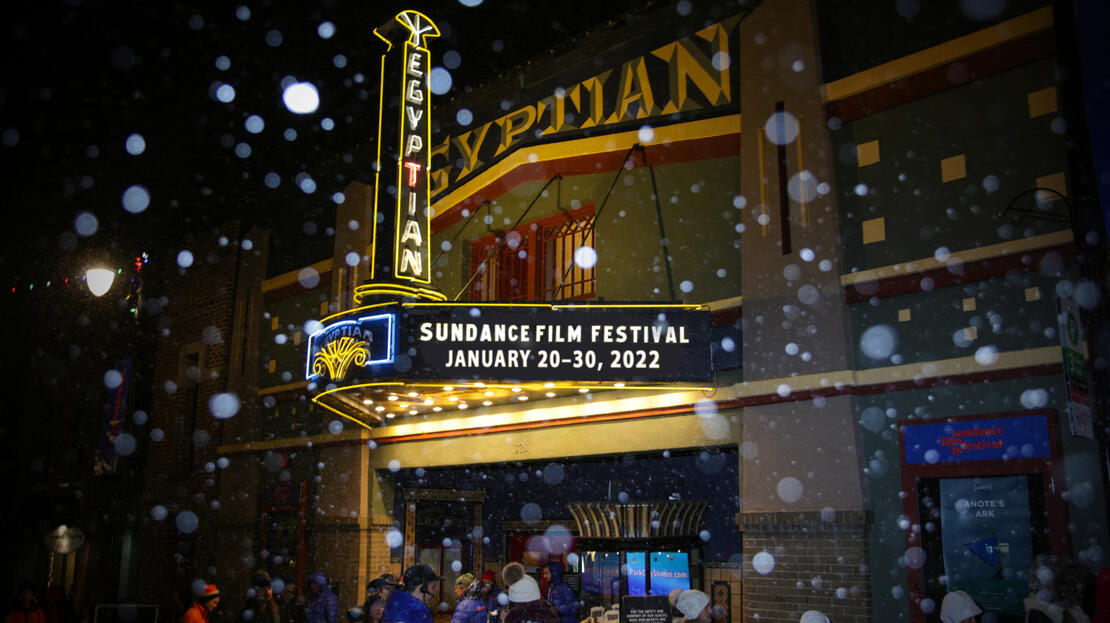 In the midst of a nationwide wave of COVID-19 infections the Sundance Film Festival announced today that its in-person programming had been called off. One of the most prominent film festivals in the United States, it was slated to commence on 20 January in Park City, Utah. The event will now be held virtually with programming available online and at specific cinemas in various cities around the country.

The experience is likely to be similar to last year’s highly praised virtual version of Sundance which saw all of its films premiere online. For 2022 the festival decided very early on to hold a hybrid event; maintaining the online portion simultaneously with traditional in-person activities in Park City. Because the 2021 festival was so successful the decision to go hybrid received kudos when it was announced back in August of last year amid a spike of Delta variant COVID cases. It provided a way for regular attendees with travel or health restrictions to participate and gave the festival a fallback should the pandemic make it unfeasible to hold the event in-person.

The latter has certainly played out, with the Omicron variant causing record-breaking levels of new daily cases throughout the US. With airlines canceling thousands of flights and hospital workers falling ill with COVID at an alarming rate, the idea of being able to pack thousands of festival-goers into a Utah ski town was simply impossible to pull off as Sundance organizers conceded:

“While it is a deep loss to not have the in-person experience in Utah, we do not believe it is safe nor feasible to gather thousands of artists, audiences, employees, volunteers, and partners from around the world, for an eleven-day festival while overwhelmed communities are already struggling to provide essential services.”

While a difficult decision for Sundance, and heartbreaking for the filmmakers whose work has been selected to appear in this year’s festival, organizers were left with no choice. Sundance was one of the last remaining industry events that had not been postponed or rescheduled. The Grammy Awards honoring achievement in music recording called off their 31 January televised ceremony in the same hour Sundance announced its decision. Earlier this week, the International Cinema Technology Association (ICTA) moved its Los Angeles seminar series, originally scheduled for the 17-19 of January, back to February. The Palm Springs International Film Festival, set to begin on Saturday, was canceled at the end of December.

Though this year’s Sundance was expected to attract far fewer than the 110,000-plus attendees that showed up in 2020, the festival still had put health requirements front-and-center in all of its messaging and operations. Vaccinations and testing were to be required and booster shots for eligible attendees were to be made available. While Sundance had already sold passes to members and industry for the 2022 festival, ticket availability for the public goes on sale 13 January.

Of course, ticket sales alone can not sustain the Sundance Institute or its festival; both have a long list of corporate and individual backers. It is unknown whether there was any contingency for this year’s sponsors to receive discounts should the festival not be held in-person, however in their statement announcing the move to a virtual event Sundance cited their non-profit status more than once. If this year’s online version of the Sundance Film Festival is as good as last year’s, it will be worth it for those sponsors to stick around.