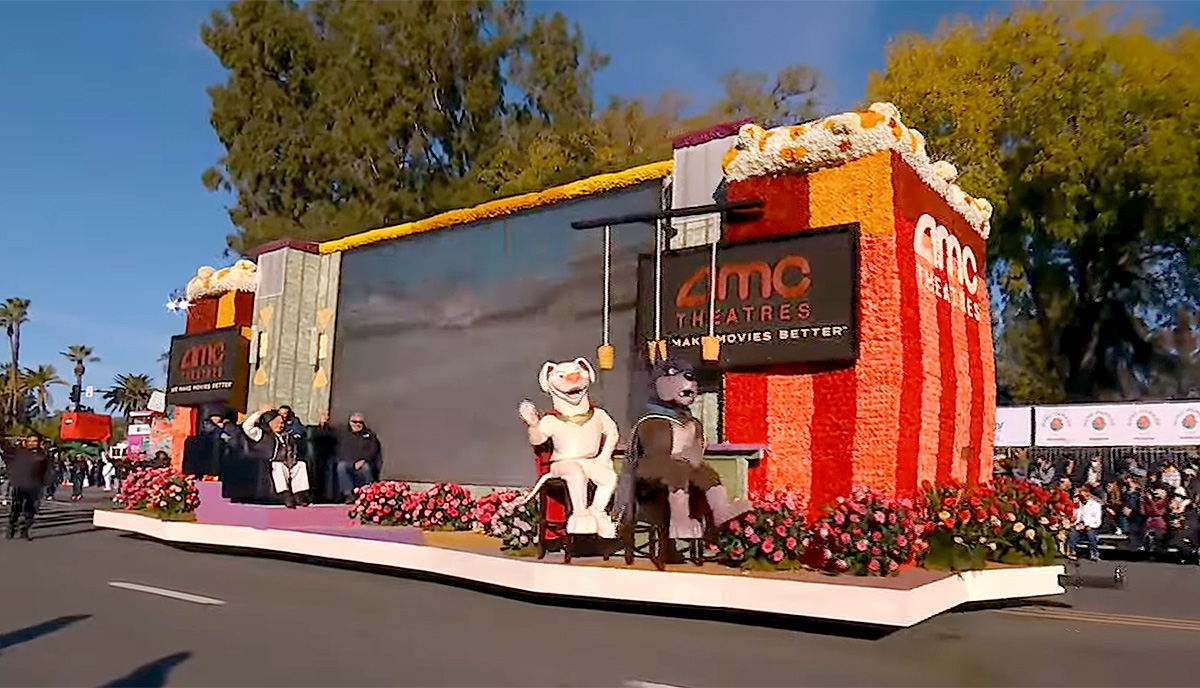 There are any number of New Years traditions practiced around the world. Some have to do with round foods, as in Spain, where 12 grapes are eaten at the strike of midnight, or in the Philippines where 12 round fruits are consumed. Many Japanese will prepare toshikoshi soba noodles for New Years. Other traditions are bit more destructive, like banging bread against the wall in Ireland to ward off evil spirits or in Denmark where, in a custom that was surely begun by underemployed potters, dishes are smashed on the ground.

The New Years traditions in the United States are slightly different. For all but four of the past 133 years, the first of January has been reserved for watching the Rose Parade in Pasadena, California wherein intricately decorated, flower covered floats make the five mile journey down Colorado Boulevard. The college football game that comes directly afterwards was named after the parade. Also known as the Tournament of Roses Parade, what started in 1890 as a parade of horse drawn carriages decorated with flowers is now an event watched by millions on television. Each float has a specific theme and, according to the official parade rules, “every inch of every float must be covered with flowers or other natural materials, such as leaves, seeds or bark.” This year, for the first time ever, AMC Theatres sponsored one of the 40 floats in the parade.

Companies often participate in the Rose Parade for marketing and community outreach. This year, for instance, the supermarket chain Trader Joe’s had a float, as did the shipping company UPS, whose float won the Sweepstakes Trophy, the parade’s top prize.

Producing a float for the Rose Parade takes months of design work and preparation, as well as two solid weeks for volunteers to glue on all the flower petals, rose buds, twigs, etc. AMC’s participation has obviously been in the works for a while, with the cinema chain holding a sweepstakes for members of its loyalty programs and investors could win a chance to ride on the float with the company’s CEO, Adam Aron. In a sly move, those following Aron’s Twitter account were also eligible.

The theme of AMC’s 55 foot (16.8 meters) long float was an extension of its national advertising campaign, “We Make Movies Better.” The float was over 16 feet (4.9 meters) tall and replicated a movie theatre auditorium, complete with the company’s luxury recliners where Aron and the sweepstakes winners could be seen. It also had a working movie screen showing trailers of upcoming releases. The screen weighed one ton and, as many on social media pointed out, it’s unclear how it complied with the parade’s flower coverage requirement.

To the sides of the screen (at the front and rear of the float) were giant boxes of AMC popcorn. Keep in mind, the company has plans to sell their popcorn in retail outlets outside of movie theatres in the coming year. It was difficult to make out on television whether the box of popcorn was made out of corn kernels and popped corn, but that would be the kind of thing a Rose Parade float would try to incorporate.

While AMC’s float zipped past on television in under a minute, the parade itself is viewed throughout the US across a number of broadcast networks. Indeed, the Rose Parade and television have a long history, with the nationwide rollout of color television purposefully commencing with the 1954 event. There are also usually hundreds of thousands of spectators along the parade route that got a chance to see AMC’s float.

Though it wasn’t reported how much AMC spent on the float, historically the cost for most is under USD $500,000. Perhaps AMC defrayed some of the costs by sharing them with Warner Bros. Pictures. The studio had characters from the upcoming animated release “DC League of Super-Pets” riding on the float, waving back to the crowds lining the streets and getting prominently featured in the telecast. Exhibitors and studios partnering on Rose Parade floats in the future could prove to be a worthwhile marketing tool to build awareness of new releases, while not breaking the bank.

One of the few complaints about the float found in social media posts expressed disappointment that actress Nicole Kidman, who appears in AMC’s television ad campaign, wasn’t onboard. Perhaps she’s not a Stubs A-List member. Then there were some, like this LinkedIn comment, that felt a company with a negative cash flow should not be spending money on parade floats.

If all AMC’s float did was get the public to start thinking about movie theatres for some other reason than being closed or because film releases have been pushed back, then it worked.