On the evening of April 24th, as crews prepared Union Station in downtown Los Angeles to host the Academy Awards, a line of cars snaked out of the gravel entrance of Paramount Ranch 38 miles (61 kilometers) to the west in the foothills of the Santa Monica Mountains. Rather than arriving to attend one of the many concerts, festivals or weddings the ranch often hosts, the cars had were there for a drive-in screening organized as a fundraiser to restore the Paramount Ranch’s western town, which was destroyed during the Woolsey Fire on November 8, 2018.

What better way to raise money to restore a piece of Hollywood history than by showing a movie on the very spot that it was meant to revive? 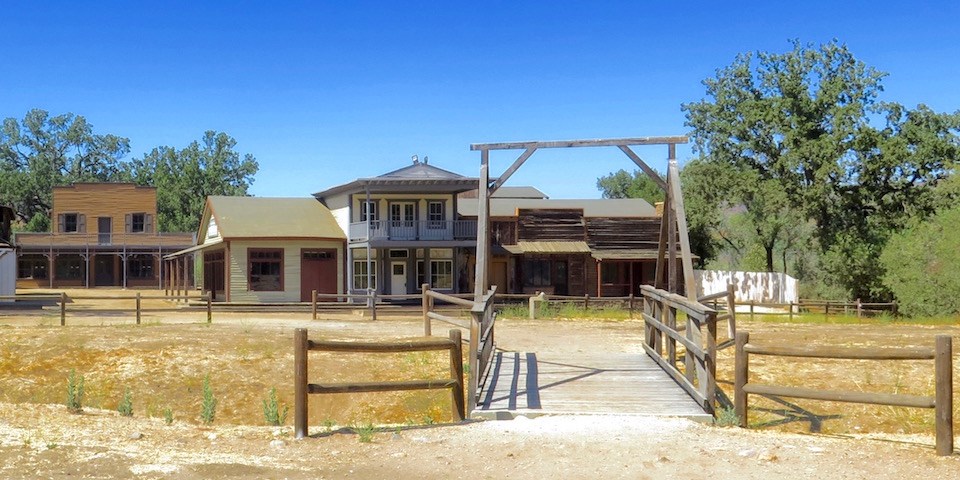 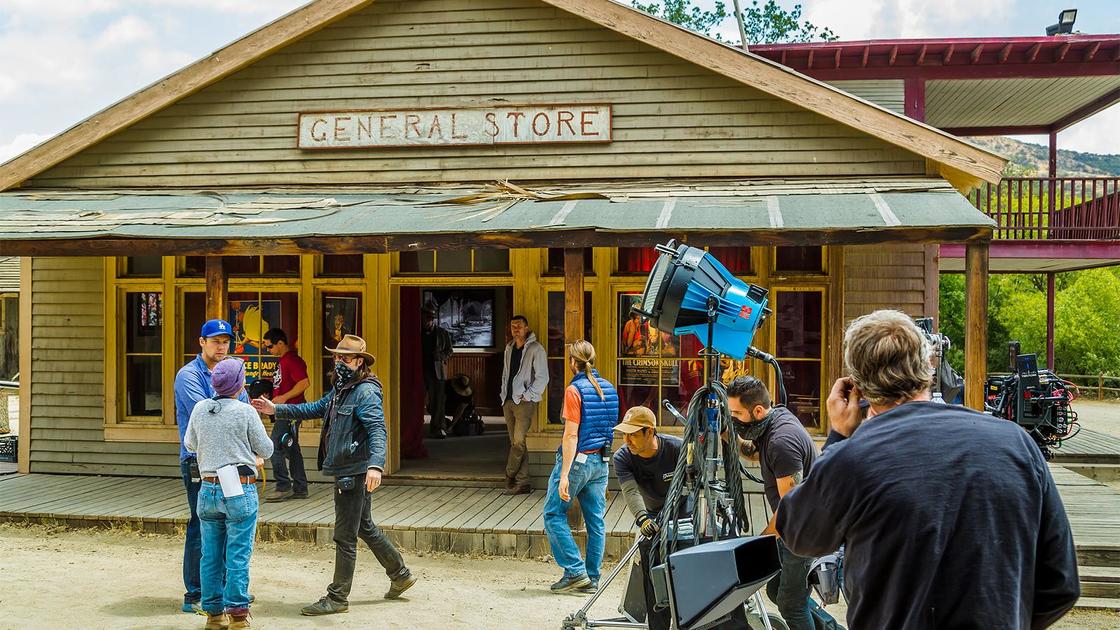 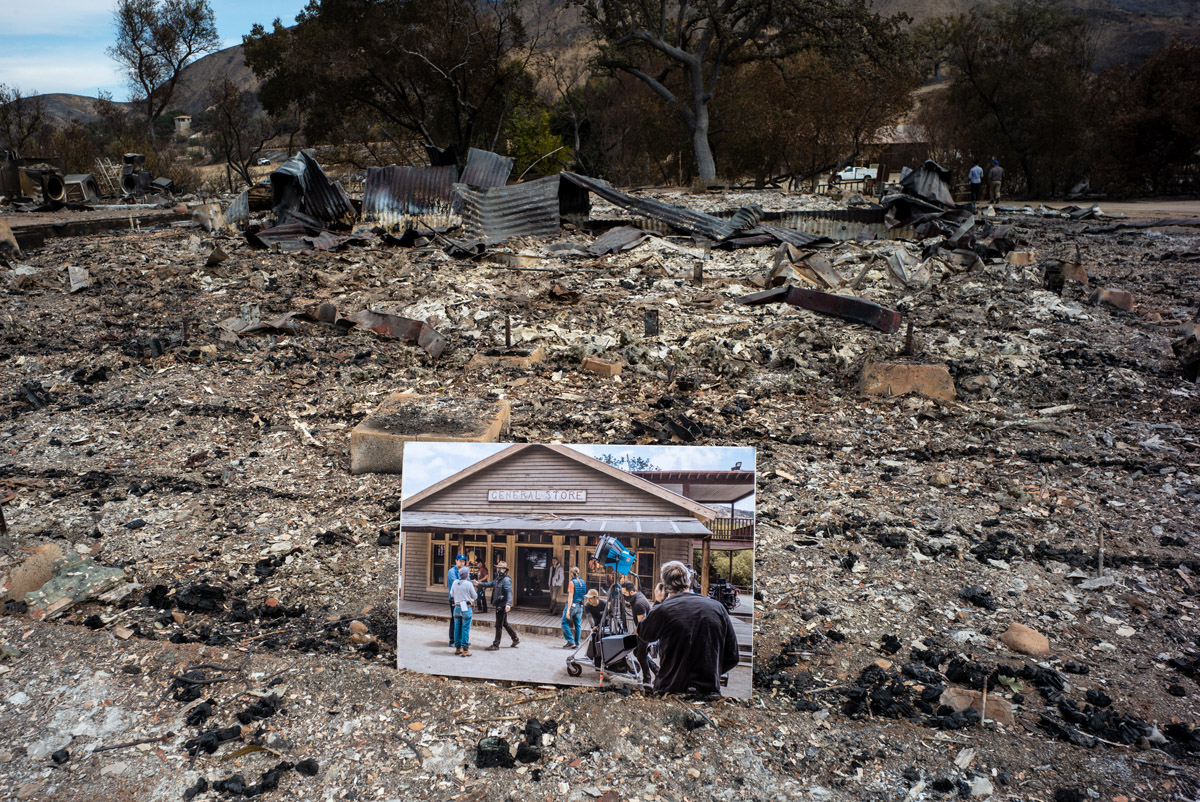 The National Park Service (NPS) now owns and oversees the Paramount Ranch, which dates back to 1927, when Paramount Studios first began shooting movies at the location. Paramount built large scale sets on the site and shot dozens, if not hundreds, of movies there like the 1941 Bob Hope comedy “Caught In The Draft”. In the 1950s the property was sold to William Hertz and Irving Resnick. Hertz was a fan of western movies and, along with this wife and son Robert, set out to build a permanent “western town” that could be used for filming. Over the years the evolving western town was used on countless film and television productions including “The Lake House” starring Sandra Bullock, Disney’s “The Love Bug” and the 1990s television series “Dr. Quinn, Medicine Woman,” where it doubled for the frontier town of Colorado Springs.

These days audiences might recognize the Paramount Ranch from appearing in HBO’s “Westworld.” The western town was featured prominently in the first season of the show with its main street and church the setting of the climactic season finale.

The NPS took over the Paramount Ranch in 1980, adding it to the Santa Monica Mountains National Recreation Area. At over 156,000 acres (63,000 hectares), it is the largest urban park in the United States. The Paramount Ranch is now on the National Register of Historic Places. Unfortunately, its natural setting also made the ranch vulnerable to the Woolsey Fire which burned more than 96,000 acres (39,234 hectares) in November of 2018. Nearly 88 percent of NPS land in the Santa Monica Mountains burned in the wildfire including all but two of the buildings at the Paramount Ranch. Only its two newest additions, the church and train station, made it through the fire with the modern age of the buildings cited as the reason they didn’t burn. 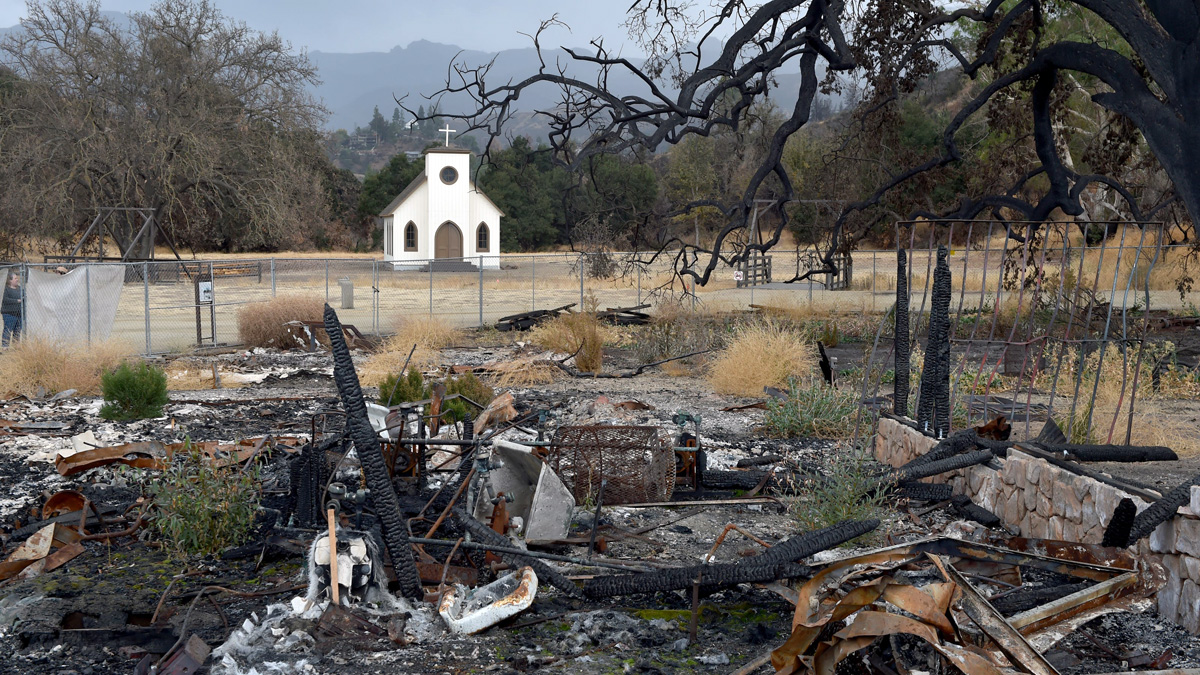 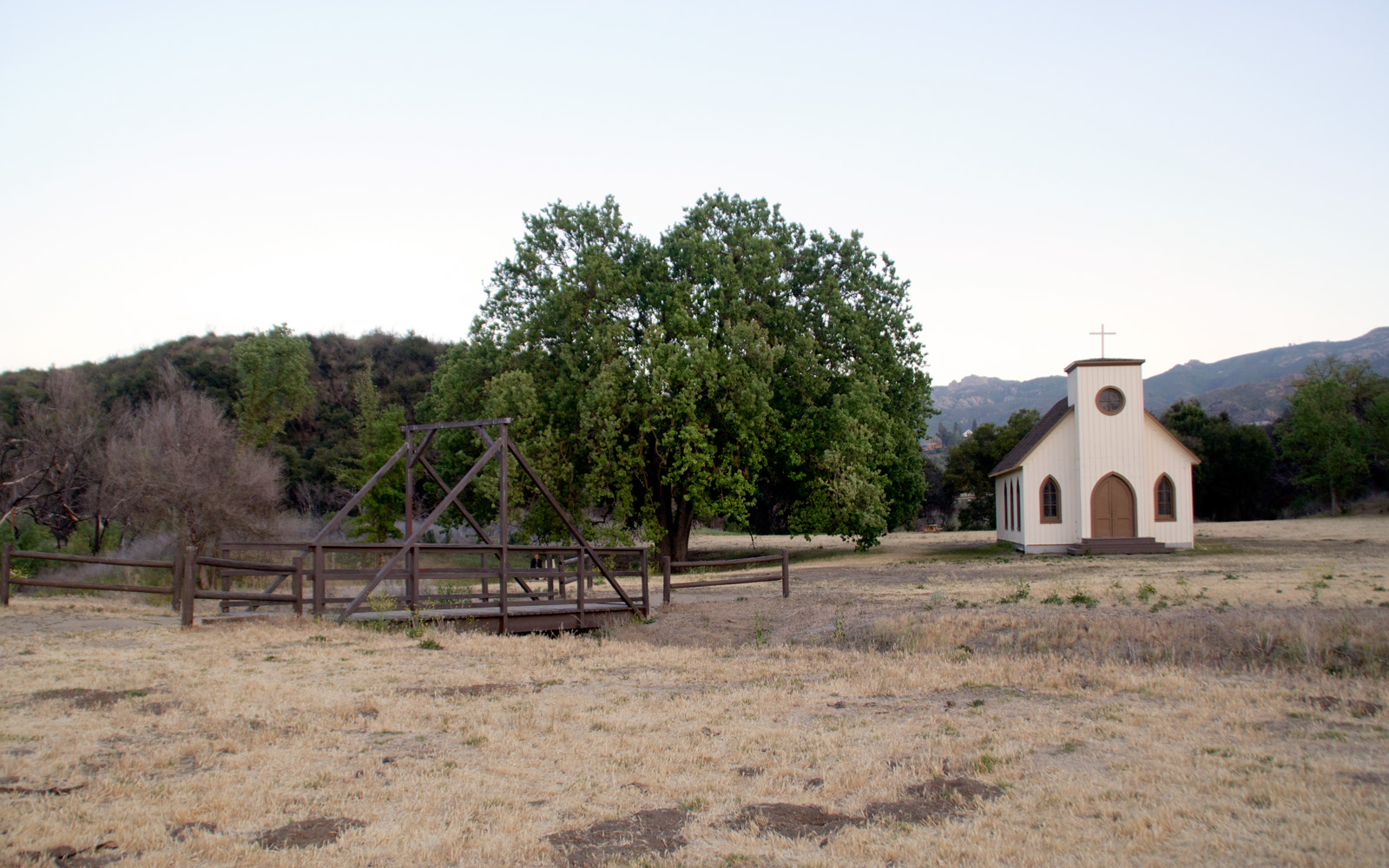 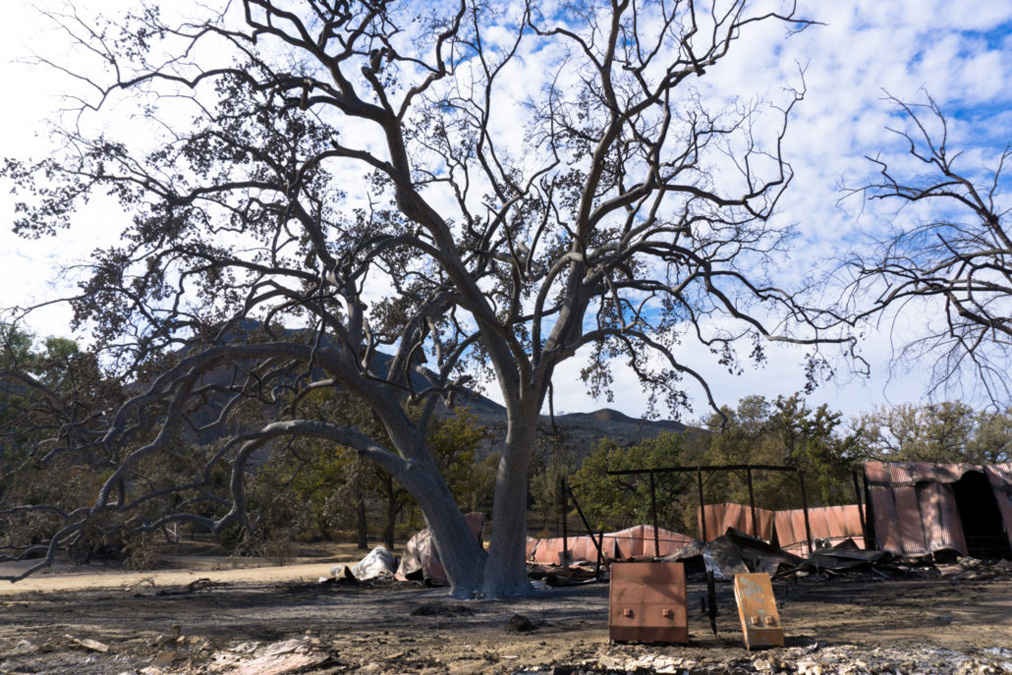 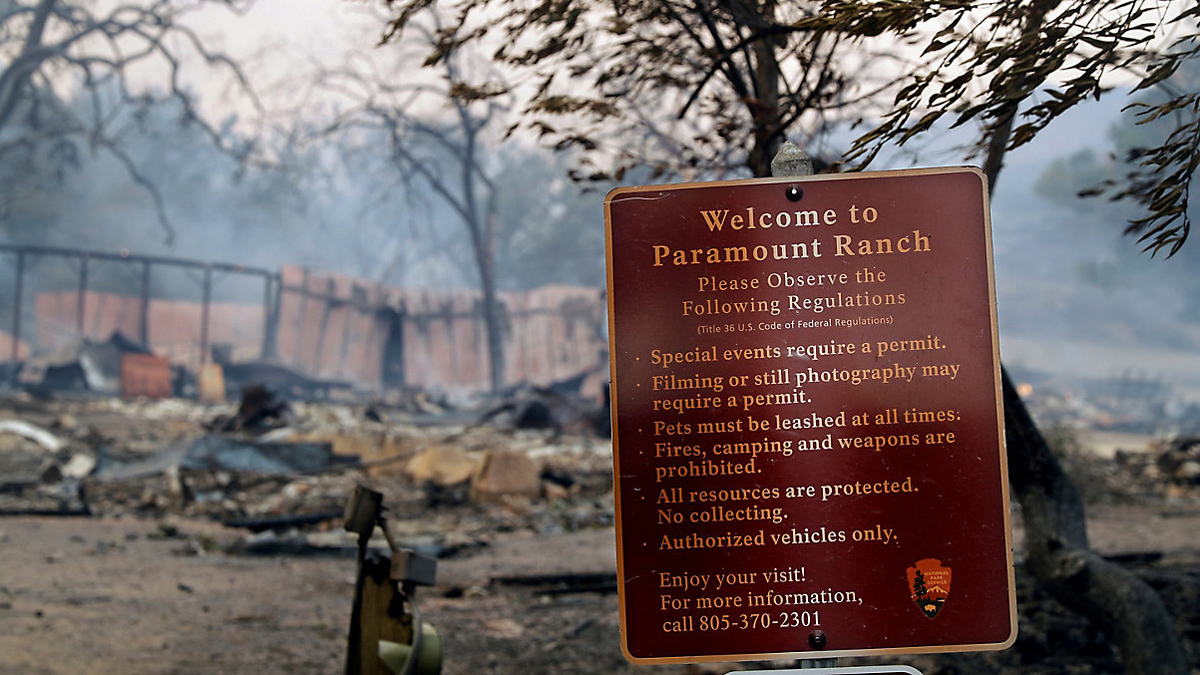 Also destroyed in the fire was the large oak tree in the middle of the Paramount Ranch. Known as the Witness Tree, park rangers dated the tree to the mid-1860s. It’s trunk was over 9 feet wide when it was cut down and showed scarring from previous wildfires.

Unlike a 160 year old oak tree, the western town at Paramount Ranch can be rebuilt, which is just what the Santa Monica Mountains Fund (SAMOfund) have set out to do. Working with the NPS, the group has launched The Paramount Project, a campaign to raise USD $2 million (EUR €1.6 million) to rebuild the western town and restore Paramount Ranch. The entire project, which will update the sets and facilities for modern-day film production, is being managed by the NPS and will cost USD $10 million (EUR €8.2 million).

As part of this effort SAMOfund has been holding fundraisers, like the drive-in, which earned nearly USD $11,000 (EUR €9,040). Over 350 cars showed up to watch “The Biggest Little Farm,” a 2018 documentary that follows John and Molly Chester as they leave Los Angeles to start an eco-farm on neglected land in Moorpark, California, just 22 miles (35 kilometers) north of Paramount Ranch. 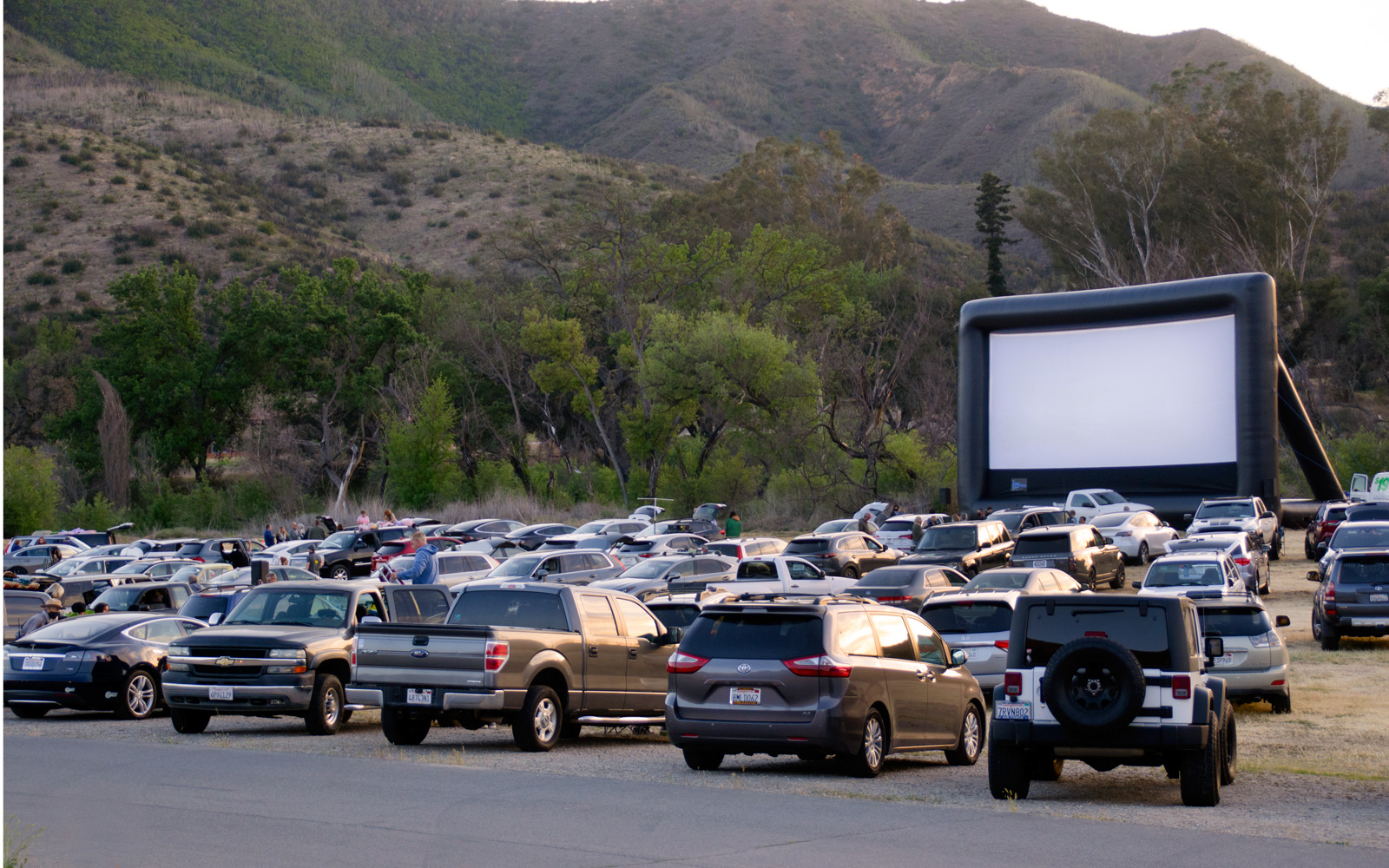 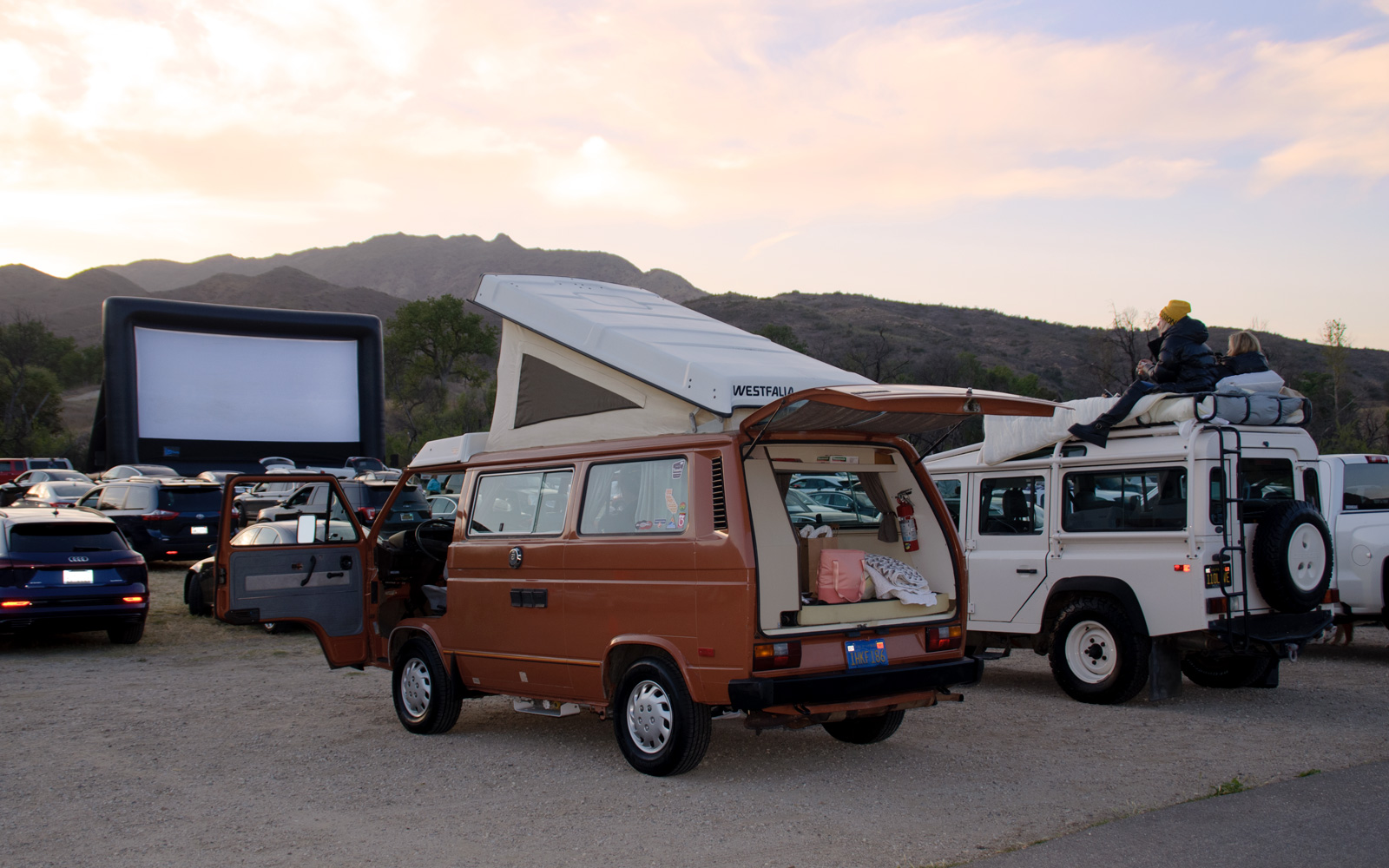 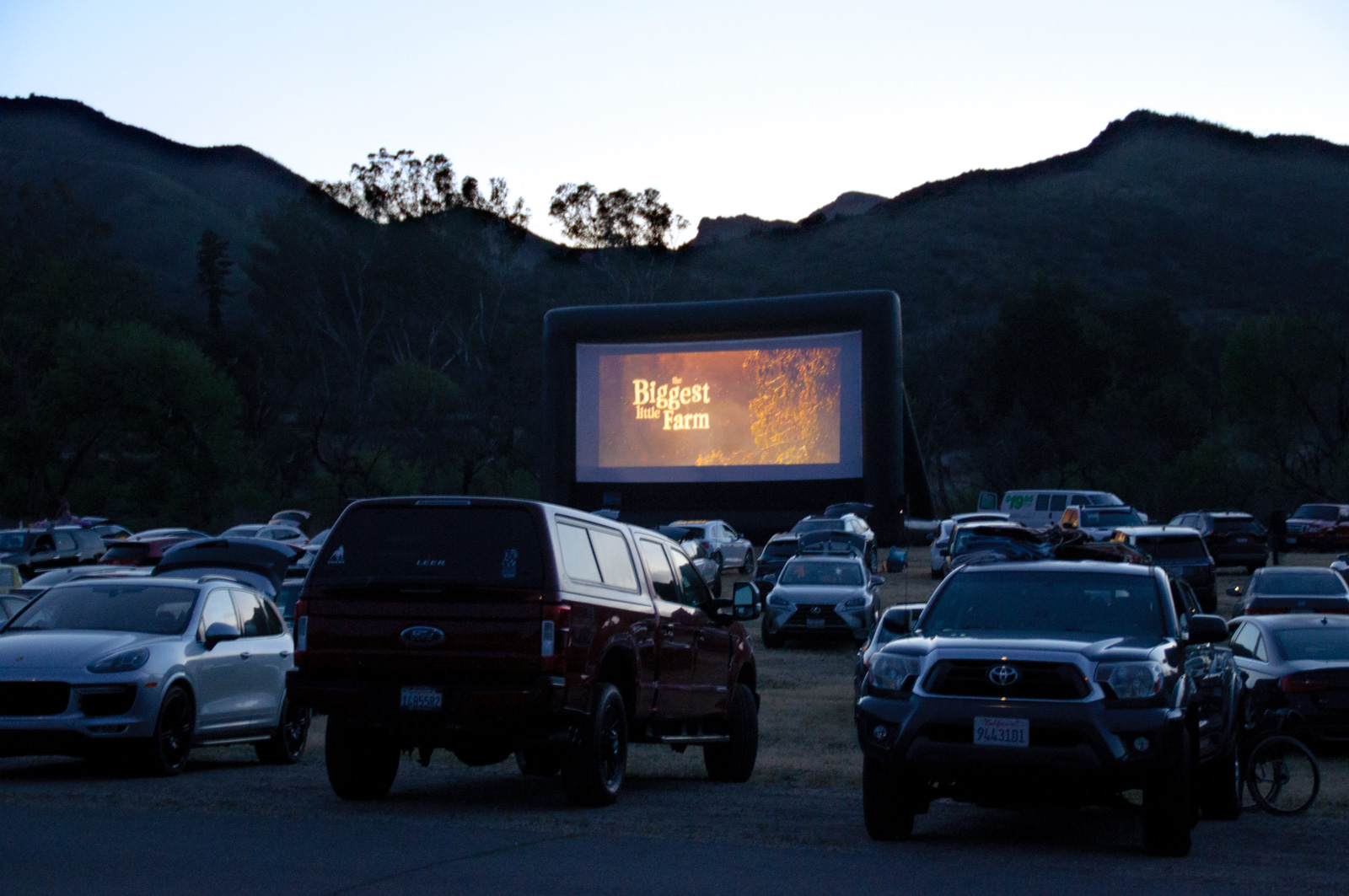 The subject and filmmaker of the documentary, John Chester, sent along a video greeting for attendees which was projected onto a large inflatable screen erected in front of a wide thicket of trees whose charred, leafless branches were a stark reminder of the fire that had ripped through the site three years earlier.

“If your life story becomes a movie it’s not because things were easy,” Chester said. “And I’m sure the Paramount Ranch would agree that just because your intentions are to co-exist with nature doesn’t mean that she’s always going to cooperate.”