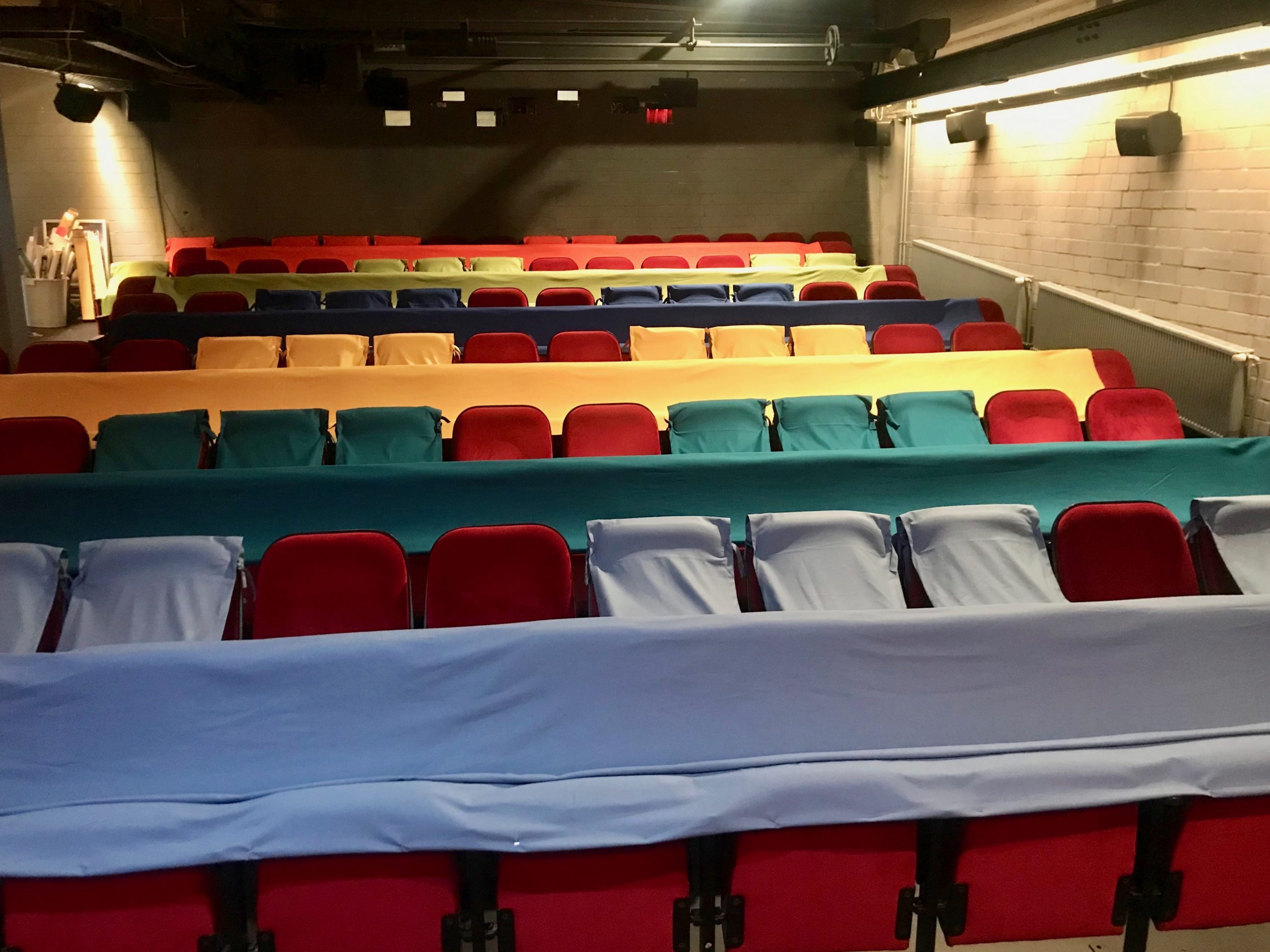 In Germany, most cinemas have opened their doors again after the three-month COVID-19 lockdown. “The dates for the reopening have been set,” says Christine Berg, Chairperson of the Hauptverband Deutscher Filmtheater (HDF). “Unlike other European countries, it was not possible to set a coordinated reopening date.” Exhibitor associations worked on concepts to prepare for the re-opening but, due to the different decisions made by the federal states, it was not possible to coordinate a common restart date. Moreover, some cinema chains didn’t want to reopen at the end of May because there were no new films scheduled for release at that time. The arthouse association AG Kino even recommended that their members reopen their theatres on July 2, 2020.

“The Bavarian government got the impression that the film industry didn’t know what it wanted,” says Wolfram Weber, CEO of Cinecittà, Germany’s largest multiplex cinema with twenty-three screens. “The best solution would have been to leave it up to each individual exhibitor to open the cinema whenever it seemed feasible; provided, however, that it is accordance with the Infection Protection Act.” But this turned out to be an unworkable option. Instead, a bizarre rivalry between the governors of German states arose.

The governor of North Rhine-Westphalia was the first state to announce that permission had been given to cinemas to open on May 30, 2020. Other regions such as Hessen, Sachsen, Schleswig-Holstein, and Rhineland-Palatinate, as if in engaging in a competitive sport, permitted even earlier openings, but which were then coupled with unrealistic regulations. In Hessen, for example, the requirements included that social distancing of 1.50 meters needed to be enforced at any given time during a cinema goer’s visit to the movie theater. This regulation came down to allowing only aisle seating to be booked, because otherwise social distancing couldn’t be enforced if, for example, a theater patron needed to use the restroom during the screening. In Rhineland-Palatinate, exhibitors were not allowed to open their concession stands.

Meanwhile, the state of Bavaria did not allow exhibitors to reopen before June 15. Cinecittà had even filed a lawsuit because the exhibitor wanted to open the multiplex as well as some arthouse cinemas earlier during Pentecost. Although the Cinecittà Multiplex developed a hygienic protection plan which was even more ambitious than the concept set forth by the exhibitors’ association, the lawsuit was dismissed by the Bavarian Court of Claims. Instead, the Bavarian government defined strict regulations for opening cinemas in Bavaria starting on June 15, which limited the number of cinema goers to 50 people in any given screening room, regardless of its size.

Wolfram Weber argued that in a huge screening room like the Cinemagnum, which has 500-seat capacity, cinema goers would have personal airspace which is 27 times larger than a normal 50-seat cinema. Furthermore, the Bavarian regulations required that cinemagoers only be allowed to remove their face masks when either eating or drinking. “This measure was absurd,” recalls Weber. “The answer was to recommend that cinema goers order a lot of soft drinks and snacks when they purchase tickets online.”

In the meantime, the regulations have been relaxed throughout Germany so that cinema goers no longer have to wear masks during a screening. While North Rhine-Westphalia doesn’t require any social distancing in screening rooms of up to 100 seats, a distance of 1.50 meters between the various visitors or visitor groups must be maintained in all other screening rooms. Depending on the spacing of the rows, viewers are often seated only in every other row with three empty seats on either side of them. When the Hamburg-based arthouse cinema Abaton reopened with the local premiere of the Berlin Film Festival Competition film “Undine”, which was presented by writer/director Christian Petzold and lead actress Paula Beer in a 263-seat screening room, only 61 seats were permitted to be sold. “The screening sold out right away,” says Abaton CEO Felix Grassmann. “Therefore, we were running multiple screenings of the film.” In the first week, the German production attracted nationwide more than 15,000 cinema goers.

Due to this seating limit, the maximum number of seats that may be sold reaches only 20% of the total number available, which makes it impossible to reach a good box office average of 1,700 or 1,800 tickets sold per location. “This average can only be reached if a film is shown in at least four different screening rooms,” emphasizes Kim Ludolf Koch, CEO of German Cineplex Group, which has a 15% market share in Germany. While European countries such as France, Austria, Switzerland, Italy and the United Kingdom don’t have any social distancing regulations with respect to cinema attendance, most German exhibitors still need to adhere to the 1.5-meter social distancing regulation between cinema goers.

During the last weekend of June, Comscore reported a total of 100,000 cinemagoers throughout Germany. “This is only about a tenth of the box office attendance of France, which has fifteen million fewer inhabitants,” says Koch. During the first weekend of July, cinema attendance rose to 227,000. For the HDF cinema association, one of the most urgent tasks is to abolish the social distancing requirement of 1.5 meters, while guaranteeing the backtracing of admissions. Chairperson Christine Berg sent a letter to governors of German states which requested that this regulation be abolished. “You can be assured,” Berg said “that cinemas will commit to leaving an open seat between various admission groups in order to protect the audience.”

Without a relaxation of social distancing requirements, cinemas can’t operate in a commercially successful manner. During the lockdown, several German regions launched support programs for cinemas. These funding schemes were available only to movie theatres that presented culturally ambitious films; however, larger cinemas in the countryside were not invited to participate. The HDF cinema association’s criticism bore fruit. So far, at least in Bavaria, each commercial cinema may apply for reopening support. In total, Bavaria is providing €12 million in support for cinemas. “We hope that other German states as well as the German government will follow suit,” says Berg.

The German Federal Film Board (FFA) greenlighted the HDF proposal that the film levy as well as loans to cinemas be deferred until the end of 2020. Furthermore, the German government support for the film industry with the “Restart Culture” program is valued at €120 million. “As far as we know, € 30 million will be given to cinemas,” says Christian Bräuer, Chairman of AG Kino-Gilde. “Furthermore, an additional sum of € 30 million will be made available for necessary investments for cinemas due to the pandemic.”

One of the biggest challenges exhibitors face is convincing audience members that cinemas are indeed safe to visit. When viewers book tickets online, they must enter their name, address, email address, and phone number. This data is stored along with their assigned seat number in the system for a period of four weeks. “The digital acquisition of data is much easier than registration at point of sale, when, for instance, an employee has to take down all the relevant information which needs to be saved in a sealed envelope for each screening in order to fulfil the data protection requirements. The movie ticket booking systems provides cinemas with a powerful system because customer data may immediately be evaluated. “In case a visitor has tested positive for Covid-19, only the filmgoers who were seated in the vicinity of the infected person need to be informed,” Bräuer says. “This improves the efficiency of local health authorities. What matters is fast and reliable contact tracing.”

For Frank Thomsen, CEO of the German CinemaxX Holdings which anticipates taking over the German cinema chain CineStar, profitability is not now a priority. “Cinema closings are not cost-efficient either,” says Thomsen. “Therefore, we need to focus on customer satisfaction. Customer satisfaction has just gotten a new dimension: Safety.”

It’s a key challenge for exhibitors to regain audience confidence by demonstrating that it’s now safe to go to the cinema. Due to restrictive regulations, the percentage of seats sold is now still quite low, which is preventing distributors from releasing films. And it’s not only blockbusters such as “Tenet” by Christopher Nolan and Disney’s “Mulan” that have had their releases postponed for several weeks. Constantin Film, the most successful independent production and distribution company in Germany, delayed the openings of promising productions such as the most recent equestrian drama “Ostwind 5” as well as the crime comedy “Kaiserschmarrndrama”, which is expected to attract as big an audience as “Leberkäsjunkie”, which sold 1.3 million tickets in 2019. “Due to the recent restrictions, it’s not possible to open the film now in Germany,” says Martin Moszkowicz, Chairman of Constantin Film.

“If the cinemas don’t die of the Corona virus, will our industry still run itself into the ground?” is the rhetorical question asked by Sven Andresen, German exhibitor and CEO of the billing and booking company Die FilmagentInnen. As Andresen points out, the lockdown led to extreme experiments. Strongly supported films which could not be released due to the lockdown have been approvedunder specific conditions for electronic sell-through but were made available for rental four or five Euro shortly afterwards.

And there are other experiments arriving on the scene. There is still a demand for the “Trolls World Tour” by cinema audiences despite Universal’s decision to premiere the animated adventure as VOD, while Warner Bros. is considering an exclusive four-week window for the theatrical release of “Scoob!”, and Paramount may only leave a four-day theatrical window for “Paw Patrol” before the DVD release.

“I am afraid that it‘ll be a bloodbath,“ says Kim Ludolf Koch, who fears that cinemas will become puppets manipulated by the exclusive interests of distributors. “I have no illusions that the authoritarian methods of booking films will change after the crisis.“ One of the Cineplex theatres which runs only weekend shows is not receiving any new films from a major Hollywood studio. “These are the harbingers of an unpleasant development.“ Powerful major companies are often focusing on single-film releases but they don‘t have a long-term perspective. This leads to a situation where family entertainment films have to be screened as evening shows over the course of three weeks, while horror movies have to be scheduled for the 2pm slot.

The exhibitors even have to drop successful films because another distributor demands exclusive screenings for the film. “Flexible programming would be a win-win situation,“ emphasizes Koch. Right now, cinemas are lacking of popular movies, but repertoire films such as Frozen could attract cinema audiences. Instead, “Frozen” is being shown on Disney+, which has a monthly subscription fee of only € 6.99 per month. After the “Trolls World Tour” incident, AMC announced a boycott of all Universal films – at least for the time being. “This is only going to last until the next Bond film opens.“

While most of the cinemas in Germany have opened by now, many drive-ins are going to close by the end of July. As isolated profit centers, the drive-in cinema revenues helped several exhibitors compensate for their losses. But there have not been as many driving-in viewers as was expected. The cost of renting a space, the technique, and the staffing requirements are extraordinary, so it only makes sense if there‘s an ongoing demand. “The hype has long gone,“ sums up Dirk Evers who operates a drive-in cinema in Hamburg where the shows start at 10pm, but during the long bright summer evenings, it is necessary to wait even later for the screen image to look brilliant.

UPDATE: This article was edited on 8 July 2020 to reflect that “Paw Patrol” rather than “SpongeBob” is getting a four-day theatrical release window. Replaced throughout.